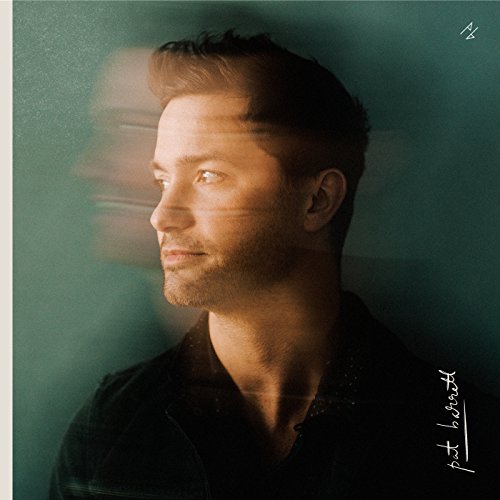 If you’re Chris Tomlin, and you have had a successful career thus far, with plenty of Dove Award wins and Grammy Award nominations- and not to mention plenty of number 1 radio smash hits, inclusive of the highly popular and respected “How Great Is Our God”; what do you do next? Well, how about creating your own record label, and signing the lead singer of Housefires? And that’s exactly what Chris did a while ago, with him launching Bowyer and Bow Records (a subset of Capitol Christian Music Group) and signing Pat Barrett to the label. While this may not mean that Pat is leaving Housefires, this does provide us with a glimpse into the artists that Chris is mentoring and influencing- starting with Pat’s self-titled debut album, which released a few days ago.

Yet if I mentioned the name ‘Pat Barrett’ to you, you may not recognise it immediately. I mean, maybe some die-hard fans would, but I’d say the general population would not. Now how about if I mentioned that Pat Barrett co-wrote the immensely popular and inspiring worship anthem “Good, Good Father”, with Chris Tomlin. Maybe you would know him then? This year, Pat, after quite a while being the front man for Housefires, has decided to step out as a solo artist and record a collection of songs of his own, instead of being forever known as ‘that unknown dude that made Tomlin even more famous!’. Sure, Pat was (and maybe still is) a member of Housefires; but really, who really knows Housefires? This may be the big break Pat and the band need- and maybe Housefires will be signed soon as well.

I know that sometimes independent artists are maybe much more grounded and dedicated and respected more than signed artists; but the fact of the matter is that if you’re not signed, that you will not receive much exposure. So, I guess Pat is using the popularity of “Good, Good Father” to his advantage, and is now capitalising on a God-moment. The result is 12 songs of unbridled and uninhibited worship to Jesus, and I reckon Pat has released some of the year’s most hopeful and inspiring worshipful melodies. From the mid-tempo guitar led worship anthem “Build My Life”, already made popular by Brett Younker from Passion, Christy Nockels and Michael W. Smith; to the contemplative and reserved piano led melody “Sails” featuring Steffany Gretzinger and Amanda Cook on guest vocalists; Pat’s debut full length project is one to savour, for many, many years- he is an artist that will be on the name of everyone’s lips my year’s end, I guarantee it!

Immediately my eyes are drawn to 4 songs- the ‘familiar’ songs on the album; because they’re already been released on the EP way back in March around Easter time, the first one grabbing my attention being “Build My Life”. With the pace quickened on this version (as versions from Passion, and from Michael W. Smith are over 7 minutes, Christy Nockels’ version is 5 and a half minutes, and this one is just over 4!), this by no means translates into a poor-quality song. In fact, it’s just the opposite, as the more radio friendly version of “Build My Life” is an exquisite, brilliant acoustic guitar driven grandiose worship anthem. As Pat ardently cries out and declares God to be holy and that He is ‘…Jesus, the name above every other name, Jesus, the only one who could ever save, worthy of every breath we could ever breathe, we live for You…’, we are gently reminded of the fact that Jesus is holy, worthy and perfect in every way, thus it is out of this fact that we can and should praise Him with our everything, as we declare that it is He who we can and should build our lives upon.

The rest of the ‘older’ tracks inspire us to live a life of fullness in accordance to what Jesus has stirred inside us in our lives, while also creating melodies that are confronting and comforting at the same time, in order to start discussions around faith. Debut radio single “The Way (New Horizons)”, though lyrically a bit cliché, is enjoyable nonetheless, as this energetic guitar led mid-tempo pop melody ardently relays to us that Jesus is the way, the truth and the life, that Jesus Christ has bought our freedom, and that we can live in that promise because of everything He’s done; while slower tempo 5 minute long acoustic guitar led reflective, lullaby-ish and hymn-like melody “Better”, co-written with Chris Tomlin, eloquently and vividly describes about how Jesus Christ is better than anything we can ever imagine, and better than our material possessions and the things of this world that we think give us value. The album ender is the final track previously released, as the duet, or should I say treblet, with Pat, Steffany Gretzinger and Amanda Cook, finishes off proceedings with a heartfelt and honest worship anthem. Though this is yet another slower track, these 3 vocalists with different styles of singing and different ways of worshipping God is enough to keep me interested, as we remember to open up the ‘sails’ of our hearts, so that we can let God into the most scary and vulnerable parts of our lives.

With 8 more songs present on Pat’s debut project, we are presented with one of the more accomplished and well-rounded debut albums this year, with every track compelling and impacting as it is musically engaging. Opener “Into Faith I Go” vividly describes that there are indeed hardships in the Christian walk, but with Jesus by our side, everything will be alright. Driven by acoustic guitars and with a lullaby-ish atmosphere, Pat channels his inner Andrew Peterson (song-writing wise as well as lyrically) as we hear one of the strongest album openers since “My Feet Are On The Rock” by I AM THEY in March; while the ultra-long 8 minute “God Is So Good (You Are Worthy)” is an alternative arrangement of Passion’s “God, You’re So Good” (in my opinion, both versions are stellar, and there isn’t really a reason to compare the two melodies!), as Pat ardently relays to us that ‘…You’re always rising like the sun, the old is gone, the new has come, I fix my eyes on Christ alone, my Rock, my Shield, my Cornerstone…’.

While “Everything Is Sacred” is led by acoustic guitar, and is a slower tempo reflective melody, whereby Pat encourages us to act as if everything around us is sacred and placed there by God; and collaborative “My Hallelujah” is one of the standout melodies on the album- when Chris Tomlin, Jason Ingram, Brenton Brown and Daniel Bashta join forces lyrically, then you know you’re in for a treat. With the banjo at the forefront, it’s clear that “My Hallelujah” may feel at home more so on a Rend Collective album, however Pat does his absolute best here, with exemplary results and a hard-hitting explosive worship anthem sure to be sung in churches everywhere in the near future. “Be Still My Soul” is next, and is an acoustic guitar led slower paced contemplative melody, also co-written with Chris Tomlin, Brenton Brown and Jason Ingram, as we remember that more times than we care to admit, we need to still our soul and quiet our hearts in order to hear the voice of God more.

“Hymn Of The Holy Spirit” (also written with Chris, Brenton and Jason) is where Pat shines as a songwriter the most I reckon, as we are presented with…you guessed it- a modern day hymn, as Pat ardently cries out that ‘…You’re the light, You’re my path, You’re the shepherd of my soul, all I am, all I have, Holy Spirit, lead me on…’. The acoustic pop 3 minute melody “Sparrows and Lilies” has Pat once again putting on his Andrew Peterson hat on vocally, as we are glimpsed with an inspirational melody encouraging us to hold on because ‘…things are gonna get better, I know they are…’; yet it is “Sing To The Lord (Banner)” that probably is the pinnacle of Pat’s short but burgeoning career thus far. Although long at 8 minutes, this fervent, emotional and impacting worship anthem essentially praises Jesus in probably the simplest state- with not that much flowery language and plenty of repetition, especially in the chorus; we are shown quite possibly THE song of the album, and what we all need to hear at this moment- that ‘…Your banner, Your banner over us is love, unfailing love…’.

The nit-pick that I have about this album, is that there are probably too many slower paced acoustic guitar led ballads (and even “The Way” and “Sparrows and Lilies”- the ‘faster’ offerings, aren’t that much of upbeat pop/rock tracks!). And though Pat Barrett’s debut album is solid, and listenable; it’s a shame that I think of Chris Tomlin whenever I listen to Pat’s music. Don’t get me wrong, this album is good in its own right, and by no means am I criticising Chris Tomlin’s music; however Chris Tomlin and his music right now in my opinion represents CCM and worship music sameness, which is unfortunately what I hear on Pat’s project currently. This project though is lyrically near-flawless and extremely encouraging, and Pat definitely deserves kudos for delivering a debut album that is sure to have people talking. Well done Pat Barrett for Pat Barrett, I can’t wait to hear more of your material in the upcoming months and years!

4 songs to listen to: God Is So Good, My Hallelujah, Build My Life, Sing To The Lord