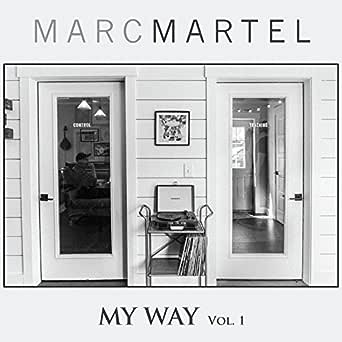 Though Canadian CCM pop/rock band Downhere were quite active from when they started to when they ended (2000-2012); I reckon when they called it quits, there weren’t that many people who were really, really sad. I’m really sorry to say that, and I hope that I don’t offend any longtime Downhere fans, but I reckon the truth of the matter is that while Downhere was active, they were always on the edges of Christian music, on the periphery, an in between popular and not. And if you were to say that I was an avid fan of Downhere, especially during the time when they called it quits, then you’d be dead wrong. However I knew quite a few of their songs here and there (“A Better Way”, “Let Me Rediscover You”, “You’re Not Alone”, “The More”, “Rest”, “The Song You Sing”, “Here I Am”); but to call myself a really big fan would be an overstatement. Put it this way, when David Crowder*Band split up, and when 1GN split up, I was more sad and emotional then when Downhere split up. Not to say that the band aren’t good, but I guess my indifference to some of the songs from Downhere made me accept Marc Martel’s solo career just a little bit more.

You see, Marc has an uncanny resemblance in his voice to Queen frontman Freddie Mercury, and for a past while, Marc has been touring as part of a band called Queen Extravaganza, playing Queen covers. He did this for a little while after Downhere split, but it’s only recently that he started recording his own solo material. And while I always wanted to listen to, and still an intrigued by Marc’s body of solo work, I unfortunately hadn’t had the chance, or when I did, I opted out, and stuck with what I knew. Cause Marc is now recording music in the mainstream, I was apprehensive yet still quietly eager to check out Marc’s music, but wasn’t sure where to start, and I didn’t even know if Marc was still a Christian or not. Good news though- Marc is still a Christian, and is now instead making music for believers as well as non-believers alike, as evidenced by his thoughtful interview with Andrew Greer.

Last year Marc quietly came back to Christian radio with his smash hit single “It’s Beginning to Look A Lot Like Christmas”, featuring Plumb on guest vocals; and now this year (a few months ago!), Marc has unveiled his new one-of-a-kind project: a new covers EP, simply titled My Way Vol 1. I guess it’s fitting that Marc release more covers (well, the covers that mean the most to him!) given that he’s still kind of been pigeon-holed as ‘the guy who sings Queen songs for a living’. Yet this new batch of 6 melodies provides us with a smorgasbord more of vocal prowess and sheer brilliance, which can lead to people taking him out of the pigeon hole, and into maybe more of a paddock, as Marc shows us just how musically and vocally diverse he can be. While I’m not that familiar with these 6 songs, the nostalgia factor and Marc’s pristine vocals is enough for me to say that this is one of my favourite EP’s of the year.

Opening with “Take On Me”, originally by Swedish pop band a-ha, we are met with plenty of saxophone and a jazz undertone, as Marc seamlessly makes this 1984 iconic and timeless classic his own. While die-hard fans will no doubt sing along with the lyrics, I for one am not really concerned by them in a track like this- the music alone and Marc’s exquisite falsetto is reason enough to be marvelled and amazed. Following on from the near-flawless and stellar EP opener is the engaging, bouncy and cheerful pop/rock tune “Don’t Stop Me Now”, originally by Queen. This is the song where Marc shines the most vocally, due to his vocal similarity with the late Freddie Mercury, and the song where it sounds like he’s having a blast, and a ton of fun. Hand claps, brass instruments and guitars abound- this track is probably the most enjoyable on the EP! Bringing the tempo down a bit is the piano led ballad “Unchained Melody”, made famous by The Righteous Brothers, where Marc effortlessly displays a fair chunk of his vocal range, which pas off immensely in the stirring, epic crescendo that is the final chorus. In essence a love song from one person to their significant other, Marc transports us into a magical place, where we feel inspired and brave to step out in faith and do the things that scare us.

The title track, originally recorded by Frank Sinatra, has Marc sounding a lot like Kevin Max, with Marc ardently declaring that everything he does is his decisions, and that no one can tell him how to do things, as he has done it his way. With this hopeful and impacting mid-tempo ballad not straying too much from the original, the lack of creativity here makes this track somewhat uninteresting and probably the weakest one of the bunch. The penultimate track “Take It With Me”, from Tom Waits, is as unknown to me as…an unknown song- and that makes me probably unqualified to say anything on this track. However what I can say is that this- that the synth work and the overall feel of the song is quite remarkable, having quite a lullaby feel, yet also an epic orchestral sound as well. Marc’s vocals are on point as well. Yet it is the bouncy and cheerful Beach Boys melody “God Only Knows” that is covered quite possibly the best by Marc, as the EP ender could’ve possibly ended in disaster, given the timelessness of the melody and the popularity of the band. But thankfully Marc does the song justice as we hear one of the best renditions of the track ever, in my honest opinion!

With Marc Martel becoming his own person musically after splitting from Downhere and recording his new solo material, My Way Vol 1 EP is a fitting and well-timed reminder of how brilliant Marc is as a singer and entertainer- Marc’s EP is a great first step in getting us excited for My Way Vol. 2 and also for some more original solo material. Well done Marc, your EP is top notch, and I can’t wait to see what’s next in the rest of 2018 and moving into 2019. Maybe I will check out the rest of Marc’s solo discography… don’t you all think that’s a genius idea?

3 songs to listen to: Take On Me, Unchained Melody, God Only Knows