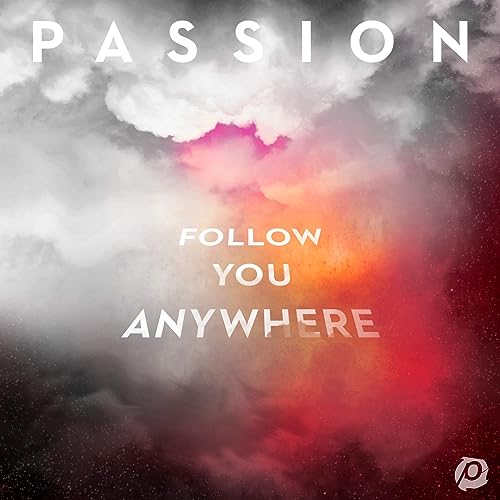 Another year, another Passion album. That’s probably one of the only things you can count on in life- death, taxes, as Passion albums every year. Even though in the past Chris Tomlin, Matt Redman, Charlie Hall and Christy Nockels were a part of this massive worship movement, and now the group is helmed by Kristian Stanfill, Brett Younker and Melodie Malone (with special guest appearances from Sean Curran formerly from Bellarive and Crowder); their mission has always remained the same. While you can read about all things Passion in all of the articles here; let me give you all a quick refresher of what the group is all about- and mind you this is quoted verbatim from my Whole Heart review…simply because I’ve conveyed my thoughts most cohesively there, and there’s no reason to repeat myself. Well, here goes!

Last year, Whole Heart released- and though I say this every year, I truly believed that Passion’s album from 2018 was as good as any they’ve ever recorded, with songs like “God You’re So Good”, “Ever Almighty”, “Almighty God”, “Hallelujah Our God Reigns”, “Ghost” and “All My Hope” all being some of my favourite Passion songs I’ve heard in a very long time (although nothing can really top Worthy Of Your Name). So what does Follow You Anywhere, standing at a mere 10 tracks, and having released a week and a half ago (in January rather than in March!). Though Passion could conceivably go on and on and on, and release countless albums to the point where each one afterwards sounds the same as the one before it; there has to be some unique features present in each release to keep all of us still interested. And the undoubted answer after numerous listens is that while musically there’s nothing much here that is different from previous Passion albums (am I having Passion fatigue at the moment?), it’s the passion (no pun intended!) of each of the worship leaders that keep us excited and intrigued. There may come a point where I am completely bored with Passion, but it is not this year!

With an album that released with no warning, and with no singles or promotional singles, there’s no way of knowing which songs the standout ones are, just from first impressions. That is why the first track on an album like this is crucial and paramount to an album’s success and impact. Thankfully, opening the album is Sean Curran’s “Welcome To The Healer”, which in my opinion is the strongest Passion opener since “God’s Great Dance Floor” five years ago, and “Let God Arise” in 2006. With Brett Younker and Brenton Brown joining Sean as co-writers, we are met with a rousing, celebratory and joyous mid-tempo worship anthem, exquisitely led by fervent guitars and haunting keys; as Sean passionately and fervently relay to us that because of who Jesus is, because He is our Father, our Saviour, our Friend, our Beloved, and the only reason for our Existence; that fact alone is reason enough for us to welcome the Healer into our lives and into our very stories that He has already fashioned for us. A mind-boggling concept, this track gets Passion off to a superb start, and Sean later on leads another winner. Prayerfully led by keys, the piano led rousing ballad “Bigger Than I Thought” challenges our preconceived ideas on the sovereignty of God and how much He can handle, with Sean concluding that he can ‘…throw all my cares before You, my doubts and fears don’t scare You, You’re bigger than I thought You were, You’re bigger than I thought, so I stop all negotiations with the God of all creation…’– and if we haven’t fully understood by now, let me remind you that Sean is really saying that God can handle anything we offer or throw to Him. The good, the bad, everything else in between- he’s the biggest entity we could ever imagine, and even bigger than that. That should get us excited that the King of everything longs to know each one of us intimately, right? Well it has me excited!

Taking over the ‘lead’ of Passion from Chris Tomlin is Kristian Stanfill, and no surprises here- he is present with 3 songs, and all of them radio friendly. “Behold The Lamb” musically sounds similar to “How Great Is Your Love” (the chorus!) but maybe that’s because both songs were co-written with Phil Wickham. Anyway, I digress, because the Easter-themed “Behold The Lamb” is a standout, as we marvel the risen King, and declare that He is holy and worthy to be praised simply because Jesus has risen from the grave and has defeated death. The title track is also led by Kristian Stanfill, and though one of the weaker tracks, is nonetheless solid, as the stirring guitar led mid-tempo worship anthem relays to us that ‘…there’s a million reasons to trust You, nothing to fear, for You are by my side, I’ll follow You anywhere…’. And then there’s “More To Come”, the track out of the three that is most likely to actually be on radio, and the track that maybe could sneak onto WOW Hits 2020- as Kristian ardently highlights that notion that despite every good thing that Jesus has done for humanity and in each one of our lives, there is always something else in the future more to come that will be infinitely better than what we each can ever conjure up and imagine. It’s a concept that we mostly can’t get our head around, yet “More To Come” challenges us to trust in the unbelievable and believe in things unseen. Our knowledge that greater things are yet to come is just knowledge. There is no evidence except what is said in the Bible, but because the Bible is the living word of God, I reckon that should be enough for us to believe everything God has said and has promised.

While I personally don’t understand why Christy Nockels hasn’t been on a Passion album for a number of years (and we may never know!), but Melodie Malone has picked up the mantle left by Christy, and in my opinion she has excelled far more than anyone could have expected. “Fade Away” is a powerful declaration of the fact that ‘…if You’re not in it, then I don’t want it, let all else fade away, take the whole world, give me Jesus, let all else fade away…’, and asks the question of whether Jesus in in very decision that we make. If not, then as per what Melodie has sung, we do not want to be a part of it. It’s a bold claim but necessary, and leads into the next track led by Melodie. As Melodie has proclaimed that she only wants to be involved in decisions pertaining to Jesus or decisions approved by Jesus, the underlying reason is outlined in “It Is Finished”, another Easter themed melody that details the notion of us being born again because of the cross and the resurrection. Now isn’t that reason enough for us to be totally immersed in Jesus and not wanting anything to do with anything else? Might be a bit extreme but certainly something to think about and ponder over.

Is Brett Younker sounding like Chris Tomlin? Or is “Lift Up Jesus” actually sung by Chris, and incorrectly credited on iTunes and Amazon? Either way, this standard worship melody is the lowest point on the album, even though it’s still poignant, inspiring and somewhat enjoyable, as we are met with the proclamation of ‘…Jesus, lift up Jesus, sing the name that overcomes, Savior, He has freed us, lift up Jesus, lift Him up…’. While Crowder rounds out the album with 2 offerings, each of them compelling and exceptionally brilliant, as per expected. “Hundred Miles”, previously on I Know A Ghost, is covered and originally written by Judah And The Lion, and beautiful in the respect of us proclaiming that there’s no one like Jesus, and that we could sing a song a hundred miles long and that could still not even compare with the length, breadth, height and depth of God’s love. “Yet Will I Praise You” ends what is truly an exemplary record overall; and Crowder poses question after question- asking us whether we will praise God in the bad times as well as the good times. There’s no answer provided, but there doesn’t need to be here, as we can contemplate and ponder over life’s deep mysteries and the things in life that should matter- our relationship with God and whether it stands the test of time or not, and if it hasn’t, then why not.

Even though at this point in time Follow You Anywhere isn’t as enjoyable as Whole Heart nor Worthy Of Your Name, Passion’s heart is still the same- to bring glory to God in whatever setting they’re in, and to spread the gospel in whatever way they can. In that sense, I am sure that I will grow to love this album just like albums previous (I mean, it’s only been out a mere couple of weeks!), as I am reminded that this is a movement that does what works for them, and will continue to give God the glory for however long God continues to put the calling on Louie and Shelly Giglio (after all, Passion is Louie’s brain-child and what God called and is still calling for him to do and be a part of!). It isn’t known what will happen with Passion in the long-term, however now’s not the time to have philosophical questions. Now’s the time to sit back and listen to the lyrical and musical and vocal prowess of the Passion team- and sing along with Crowder, Melodie, Sean, Brett and Kristian. Need any more reasons to follow Jesus anywhere?

3 songs to listen to: Welcome The Healer, Fade Away, Bigger Than I Thought