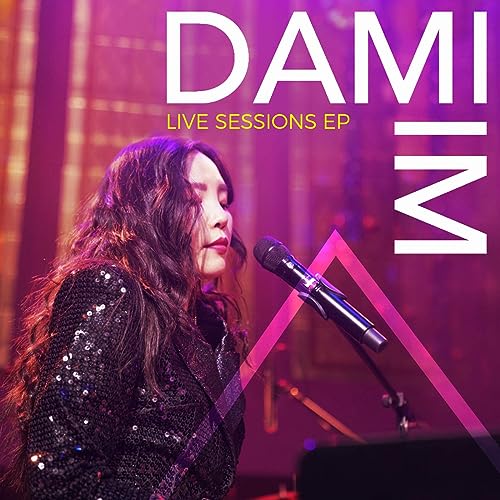 Winner of the X Factor Australia in 2012, Dami Im has gone from strength to strength, and has wowed us all time and time again with her powerful and angelic voice, as well as her relatable and personal original songs, and compelling covers. Though not as known internationally, Dami’s prowess as a singer and a songwriter is very reliable and strong, and no doubt will be recognised and realised in the coming months by almost everyone. Then again, perhaps Dami’s fans and success may only be confined to Australia. But by the way Dami has churned out the releases at high quality (Dami Im in 2013, Heart Beats in 2014, Classic Carpenters in 2016, and I Hear A Song in 2018, not to mention singles “Smile”, “Sound Of Silence” and “Fighting For Love”), it seems that she may not be perturbed or fazed by the lack of success. Either way, the world’s loss is Australia’s gain, and that’s ever more on display than in Dami’s latest EP Live Sessions, where she takes a handful of her singles and sings them in a live setting. While this EP gives us an appetiser as to what to expect from a full-fledged live album (which could release, and I hope does, in the near future!), it’s clear in these songs that Dami is seriously in her element here and is enjoying herself immensely, not caring one iota about the opinions of her fans and listeners.

As a watcher of the X Factor during the season where Dami was a contestant (the final year in which I was an avid follower of the X Factor!), I’ve been always following her career, and have been in awe at how far she has come as a musician. During my time working at the café though, I hadn’t had much time to follow Dami’s music (the previous two albums were cover projects) yet it is this 2019 release that has reignited my love for her music, as I realise that Dami is a stellar vocalist and a vocalist the world needs to know about, and quickly.

With 4 of the tracks being live versions of previous singles, we are blessed to hear renditions of “Like A Cello”, “I Hear A Song”, “Sound Of Silence” and “Super Love”, the former two being two of the original songs from I Hear A Song and the latter two being two of her most inspiring and popular singles ever. And while one may not connect all that much with Dami’s music, considering that all of these four melodies (which are played very close to the original versions!) are sung about the love between a boy/girlfriend or between spouses; there’s no denying the passion here, and the notion that God’s love for us is immensely more than the love described by Dami, gives us more reason to love the complex way Dami describes earthly love- it makes us appreciates Jesus’ sacrifice all the more. Album opener “Dreamer” is the only ‘new’ track, as the heartfelt and confronting melody was written especially for this project, as Dami relentlessly reiterates to us that we are each our own person, we are unique, and we are allowed to not conform to the status quo. We are allowed to break the mould, and we can be dreamers, thinkers, doers and revolutionaries. While not evident right now, I reckon “Dreamer” will be a song that changes a generation and forces us all to think about why we do what we do, and also encourages us to take a look inside as to if our lives need changing. All of these multiple layers in this song make “Dreamer” probably one of the most important songs Dami has ever recorded. However if there’s one song that encapsulates Dami’s heart, then it’s the vibrant and inspiring cover of Chris Tomlin’s “Amazing Grace (My Chains Are Gone)”, where Dami puts her own spin on the famous hymn, singing the second verse in another language, presumably Korean. It’s rare to hear mainstream artists put their faith in their music, so for Dami to outwardly proclaim Jesus is Lord and Saviour in a public arena like that, is very gutsy and commendable.

Will Dami Im’s Australian success mean international success? Maybe, maybe not. But one thing is for sure- that she is one artist that you all should listen to, as Dami’s vocals and songwriting is nothin short of brilliant. Don’t believe me? Well, start off with listening to Live Sessions and then you can go backwards in her discography- you won’t be disappointed.

3 songs to listen to: Dreamer, Super Love, Sound Of Silence