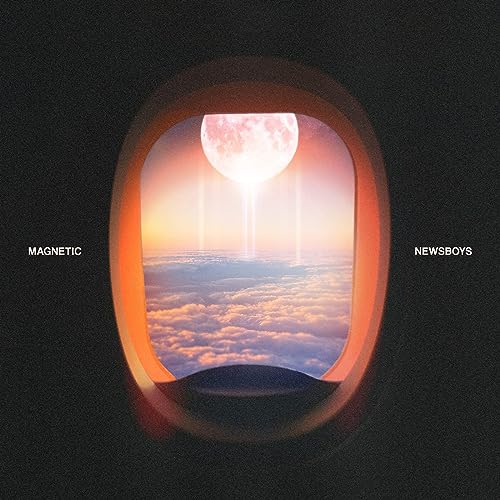 It’s no stranger to people who are a fan of music in general, that the Newsboys, a band that originated in Australia and that are now global impacting around the world with their catchy pop-rock anthems that inspire hope and encouragement in many who hear the music (myself included); are going through yet another reshuffle and transition. As you can read about it all in my most recent review of Newsboys’ first single in around 2 years, ‘Greatness Of Our God’; what I can say about this new supergroup aptly and most appropriately called Newsboys UNITED, is that both Peter and Phil add a great nostalgia feel and dynamic to an already powerful and emotive group, one that has, I reckon, only risen in popularity since Michael Tait took the lead vocal helm when Peter stepped away from the band in 2009. Because what once was just a guesting vocal on a song a couple of years ago (‘The Cross Has the Final Word’) has now turned into an unofficial return of both Peter and Phil to the band. Whether their ‘solo’ efforts- Peter Furler Band and Zealand Worship, respectively, will continue or not is another story. But what I do know is this- Newsboys UNITED, as unprecented and even unplanned as it was, is nevertheless welcomed by myself as this new supergroup as I say it, release an album aptly and fittingly titled UNITED, comprising of new songs and covers, songs that we have heard over the last couple of years, and songs that harken back to the Peter Furler-led Adoration-Devotion-Thrive days, and blends them with the ever-reliable Tait-led worshipful atmosphere that was evident on much of Newsboys’ later material. UNITED is a treasure for longtime fans, and while the quirkiness that was evident in much of the Furler-led material in Take Me To Your Leader, Step Up To the Microphone, Go and Love Liberty Disco seem to be at bay; what these six men have undertaken is something that I reckon can be comparable to the comeback of Audio Adrenaline in 2012.

UNITED where it stands is a great album by the band, and though a few kinks here and there, as a whole, serves its purpose in creating some nostalgia as well as bringing with it a new song and sound that incorporates both eras of music. Michael and Peter are some of the most humble and heartfelt vocalists at the moment, and this album in particular shows how a band can co-exist with two lead singers- and if artists like I AM THEY, Casting Crowns and downhere can co-exist, why can’t Newsboys UNITED? Added to this lot of songs is an album ender (for the deluxe edition) of the story behind the album- a 7 minute interview about the story behind the band and the album as a whole; UNITED is a must-have album if you’ve enjoyed Peter’s previous material, or if you’ve loved Michael’s soulful voice all this time as well. In essence, this is a must have for all lovers of music, and I mean all. Peter, Michael and the rest have reminded us what it means to grow up with one of the most beloved bands of the 1990s/2000s within the scope of Christian music. To hear the sound, or elements of it, again, is nothing short of miraculous. So what can we look forward to next? Maybe, another album with DC Talk? Or maybe some Rebecca St. James, now that she’s signed to Bethel Music? Or maybe even Avalon again? Whatever the case, Newsboys and their revival can pave the way for other artists to make comebacks and other reshuffles. Remember, if an artist like Newsboys, or even that of Nichole Nordeman, can make line-up changes and comebacks even now, then there’s hope for other bands just yet!

Newsboys is one of my favourite bands ever. One of the bands that I was listening to back in 2006 onwards- it was this band amongst others that helped me expand my musical horizons beyond just Carman and Delirious?. Not that those aforementioned artists were bad in any way (check out blogs about Carman and Delirious? here and here!); but when you look at Newsboys and their impact the humble Aussie band have had on the CCM industry as a whole (read our blog about Newsboys here!)… how could you not be enamoured and impacted by their music? Songs like “Breakfast”, “Shine”, “He Reigns”, “Love Liberty Disco”, “It Is You”, “Million Pieces”, “Entertaining Angels”, “In Wonder”, “Wherever We Go”, “In The Hands Of God”, “Born Again”, “God’s Not Dead”, “We Believe”, “Guilty”, “Crazy”, “I’m Not Ashamed”, “You Are My King (Amazing Love)”, “Step Up To The Microphone”, “Stay Strong”, “Glorious”, “Lord (I Don’t Know)”, “Thrive”, “Devotion”, “Presence (My Heart’s Desire)”, “I Am Free”, “That Home” and “Live With Abandon” have all impacted my life, and most likely the lives of many people in the whole world.

Even with Michael Tait replacing Peter Furler as lead vocals back in 2009… listeners and critics have welcomed this transition of lead vocals with open arms. The result is a group that has been around for over 30 years, who has presented the word of God in their songs many, many times, and a band who is unashamed of the gospel, and who’s mission is to draw people closer to Jesus, regardless of how popular that may be or look like to the modern world at large. In 2019, the group released their most ambitious project in probably CCM history. UNITED featured the return of Phil Joel and Peter Furler- and you can read all about the album and our thoughts here. If you’re fascinated about Newsboys and their history, you can read their Wikipedia… but since today is when Newsboys have released their brand new single “Magnetic”, their first original material in 2 years… it’s time to take notice and let you know my thoughts, don’t you think?

Let’s just say that… though this song is solid and impacting and catchy; every song on UNITED is superior than this in every way. Maybe it’s just because I’m an old school Newsboys fan. Maybe it’s because I love Peter Furler’s style of singing way more than Tait’s, and it’s taken me this long to realise. But whatever the case, the lack of Peter Furler here lessens my enjoyment of this track. Perhaps UNITED was a one-time thing, and now Peter and Phil are off to other projects. I mena, it’s plausible right? Peter is producing and is a drummer on Kevin Max’s new band Sad Astronauts’ debut album, while Phil Joel recently released his EP Better Than I Found It. Which leaves the core four members of Newsboys to soldier on and carry on, for this single. Lyrically and production-wise, “Magnetic” is fine… with the professionalism top notch here, and lyrically the song reminding me of something from Restart or Love Riot, as Michael relays that it’s Jesus love that keeps on pursuing us even when we run away- it’s ‘magnetic’!; yet perhaps because UNITED exceeded my expectations in every way… it’s likely that every Newsboys release forthcoming won’t compare. Nothing wrong with this current reiteration of the group. It’s just that I have my preference of lead singer (Peter Furler all the way!), and that’s ok. You guys may love “Magnetic” and that’s fine too. Who knows, perhaps the new album (whenever that may release) could feature Peter and Phil in some capacity. But until then, the only thing ‘new’ from Newsboys is “Magnetic”. And it is a catchy song. You all will enjoy it and be reminded of some biblical truths. Yet if you all want something a lot more awesome and resounding and long lasting, then I recommend UNITED, because that album will blow your minds!