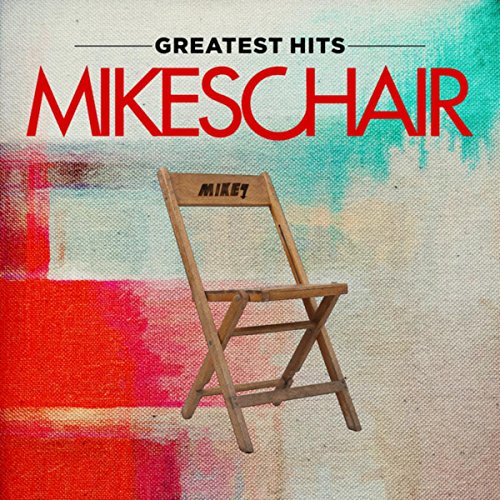 It’s been a few years since MIKESCHAIR decided to move their own separate ways. Need I remind you that Mike Grayson, who is currently one half of the duo Grayson Reed, was in a band once before. Prior to his collaboration with his wife Molly Reed on their well-received EP Walk that released in 2017, Mike was once a lead singer of a chart-topping group MIKESCHAIR. In fact, the band, for anyone who doesn’t know, started in the 2000s and were successful in releasing three albums under Curb Records- MIKESCHAIR, A Beautiful Life and All or Nothing, in 2009, 2011 and 2014 respectively. While the band wasn’t as popular as other powerhouse groups like Third Day, MercyMe, Newsboys, Casting Crowns, even newer bands like Tenth Avenue North, for KING AND COUNTRY and Building 429, during their less than 10-year tenure; MIKESCHAIR’s music was and still is earnest and honest, hopeful and encouraging. Now a few years later after their last album All or Nothing, Curb Records have decided to release a best-of album- 12 songs spanning the three albums (and one Christmas EP as well), as we get a glimpse into the band that sadly, wasn’t as popular as they could’ve been during their years active. While this is a band that hardly anyone really knows, it was their songs like ‘Someone Worth Dying For’, ‘Let The Waters Rise’ and more recently ‘People Like Me’ and ‘All I Can Do’ that have impacted listeners around the world.

We may not know the artist, but we do know the song, therefore making this band rather more underappreciated than most popular CCM artists around the 2000s/10s. Mike and co. nevertheless built a career in MIKESCHAIR that was successful to a point, and while I probably would’ve wanted to see where the Lord took them for a few more years in MIKESCHAIR; obviously the Lord had better plans for each of the band members- and that was how Grayson Reed was borne- out of a sense of struggle where both Mike and Molly, in MIKESCHAIR and City Harbor respectively, were struggling in their marriage and felt the Lord saying to them to quit the respective bands and to focus on each other for a season. Thus, MIKESCHAIR was no more- yet that doesn’t mean we can’t stop enjoying the songs that were released during their time in the CCM market. What has resulted through a career like this is a 12-track album where virtually every song on the album is familiar- we may not remember the song by name, but I’m sure we have all heard it on radio, at one point in our lives or another!

One glance at the track listing and we can see that virtually all the radio singles throughout MIKESCHAIR’s career are present on Greatest Hits. Quite possibly their most famous radio hit ever, “Let the Waters Rise” led the band into popularity and awareness within the CCM market way back in 2009 where the song propelled them to stardom as we were blessed with a song that we could sing in the darkness when the waters (metaphorical) were rising around us. A reminder that the Lord always has our best interests at heart, and that if the waters must rise in our lives for us to look more to our Saviour and Father for security and hope rather than external things around us, then so be it; Mike and co. invited us to partake in a piano heavy ballad that is certain to be continually on repeat in my iTunes and Spotify playlists both now and into the future. Other songs like ‘Otherside’, ‘Straight to Your Heart’ and ‘Can’t Take Away’ where also present from their debut album on Greatest Hits, and while each of these songs portrayed the best of the band in the form of the musical genres of electronic ballad, pop-punk anthem and radio friendly hit respectively, none reached people like ‘Let the Waters Rise’. Still, it is great to see these above three tracks on Greatest Hits, a reminder that not only the popular radio singles are recognised on a best-of collection. The last representative from their debut album on this greatest hit compilation is ‘Keep Changing the World’, a track featuring rapper Lecrae. The song in and of itself is a challenge for many to change the world through action, and that seeing such poverty and hunger in this world should spur us on to do our own part in the world we are in, to further the advancement of equality for everyone, in both a physical, mental and spiritual sense. On the whole; the fact that 5 out of the 12 songs on this compilation were from MIKESCHAIR’s debut shows us a testament to how solid and groundbreaking their 2009 album was- that’s not to say their 2011 or 2014 albums weren’t good, on the contrary. It is rather to show that this band that isn’t as known as they should be, have shown us a great album in MIKESCHAIR, as referenced by these 5 song selections…maybe it’s time to re-listen to the band again from the start and find out why I appreciated and respected this band for so long!

All Or Nothing and A Beautiful Life both have three songs respectively present on Greatest Hits, while ‘Redemption Song’ from their Christmas EP is also included on this compilation, and while I may have wanted songs like ‘The More’, ‘Pieces’, ‘Come Alive’, ‘Everything You Say’ or ‘All to Jesus’ on a compilation such as this, the songs that were included were in fact worthy. ‘Someone Worth Dying For’ is a song that charted radio during 2011 and reminded us all that we are in fact someone worthy enough to die for- Jesus in fact did that all those years ago- while a song like ‘All I Can Do’ is a track about appreciation and thanks, that all we can do when we realise the enormity of such a sacrifice as Jesus’ is express it through thanks and gratitude. But it is the song ‘People Like Me’, out all the six songs present on Greatest Hits from either All or Nothing or A Beautiful Life, that is the song from MIKESCHAIR that has impacted me the most over the years. In fact, it is my favourite song from the band, period.

Powerful and poetic, poignant and compelling, the song starts with a synth keyboard introduction, and Mike showcasing some confronting and heartfelt lyrics, as we are presented with questions like ‘…what if I told you, what would you say? Would you stand me, would you walk away? What if my walls came down and you saw everything? All of my weakness, all of my scars, all that I’ve hidden deep in my heart for so long, and I’m scared to set it free…’ Looking at the lyrics above, even I can relate sometimes to Mike, and I am reminded that even in my own life, I can sometimes slip back into the mentality of ‘what if I share such a secret, would my family or even You God look at me the same way?’. But here’s the beauty of the song- the honesty of it makes me realise that it is ok to voice concerns about life, faith, and the rest of it, that sharing what is on our hearts is not only required but necessary if we want to have a healthy vibrant faith where we’re challenged by not only ourselves but people around us and God Himself.

As the song speaks from personal experience about how his family struggled through the situation of alcohol addiction, ‘People Like Me’ is a call for us all to unveil our own secrets, no matter how dark or dirty they are- being vulnerable can be difficult, and it can even come without the assurance that the people we’re sharing the secret with will even love or accept us, or look at us the same way once the secret is out. But what will hopefully give us comfort, is that the Lord will always be for us, regardless of the secret we keep. The lyric line ‘…grace was made for people like me…’ is in fact true, and a daily and timely reminder for us to always keep grounded as to why the Lord gives us grace in the first place- because of His love and nothing else. Christ will never abandon us, even when and especially when we’re at our lowest and weakest. An anthem that will hopefully encourage us all to draw closer to the Lord during times of uncertainty and calamity rather than away, MIKESCHAIR have invested such time into a track that had (and even continues to have) a vast effect in how a view the Lord as a Father and Saviour in my own life! One of the honest melodies I’ve ever heard since Steven Curtis Chapman’s ‘Yours’, ‘People Like Me’ is a standout amongst the 12, and a standout for me personally amongst every other MIKESCHAIR song in their whole discography!

Even though MIKESCHAIR has disbanded (and Mike is now part of his husband-wife duo Grayson Reed), they nevertheless continue to bring us heartfelt melodies in the songs of albums past- as shown through this greatest-hits album, we are reminded that a song can have its impact and reach far beyond the tenure of the band itself. Great for anyone who may not have heard much of MIKESCHAIR’s music before, and want to listen to an all-encompassing album full of hits before they start to journey back and hear their discography; Mike and co. show us that a song doesn’t necessarily have to be recorded by a ‘popular’ artist for it to be encouraging and enjoyable- because frankly, let’s be honest, MIKESCHAIR were popular but to a point- casual listeners of CCM radio may have known the tracks but it would take an avid fan of the band, like myself, to know the artist. Nevertheless, these 12 songs are powerful, prolific, compelling and comforting, and at times, confronting. Greatest Hits, though a tad short (it could’ve done with a few more tracks to make it up to 15-16); is honesty and poignancy at its core. From the song ‘Someone Worth Dying For’ to the heartfelt and hopefully life-changing ‘People Like Me’ and the ever-encouraging ‘All I Can Do’; this is a must have for anyone with major nostalgia, or just for people who love to be reminded of such a good career they have had while they were playing music. Here’s hoping and praying that Grayson Reed is as successful and impacting, maybe even more so, than MIKESCHAIR in months and years to come!

3 songs to listen to: All I Can Do, Keep Changing the World, People Like Me