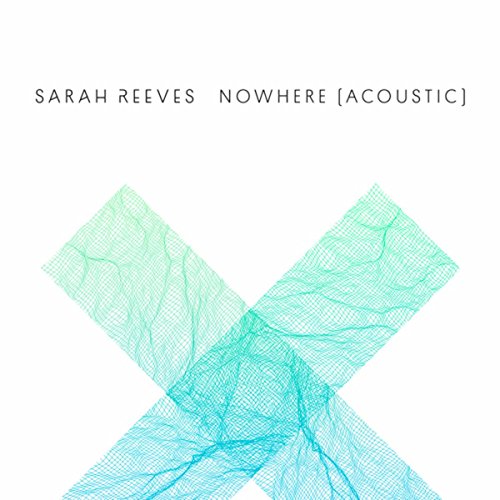 Releasing her first brand new single in over 6 years, titled Nowhere earlier this year, singer/songwriter and worship leader Sarah Reeves has had a very remarkable and interesting musical journey in the CCM industry of late. With Sarah’s first EP Sweet Sweet Sound releasing in 2009 via Sparrow Records, followed by God Of The Impossible EP in 2010 and a full length album in Broken Things in 2011, there was radio silence for 6 years (aside from her frequent worship cover videos released on youtube!). However, God was indeed doing something and moving behind the scenes, as God has shown through artists like Rachael Lampa, Nichole Nordeman, Plumb, Audio Adrenaline, Britt Nicole and Mandisa. A hiatus does not mean the end of a career and this is evident in “Nowhere”. Recently signed to Word Label Group, Sarah’s new start is even more special as “Nowhere” is re-released acoustically this past week. Having already been a featured artist on this year’s Winter Jam Tour and also in the studio putting on the finishing touches for her new studio album, Sarah is set to wow us with her undying love and heart for Jesus, and her relevant, honest and poignant worship anthems. “Nowhere” is the first step on a new journey…

Though the acoustic version doesn’t really deviate that much from the original recording, that’s one of the reasons why I love Sarah’s acoustic rendition of “Nowhere”, probably even more so that the full band version. Led by gentle and reflective acoustic guitars, giving off a soothing and contemplative atmosphere, Sarah’s voice is so angelic and beautiful to hear, as she eloquently reminds us that there isn’t anywhere we can run to, that God’s love won’t cover us. Comforting and moving, “Nowhere” may sound cliché lyrically at times, however, is nonetheless a joy to listen to, as the simplicity is needed for the ever true message of God always being with us, and never leaving us, to come through. As Sarah fervently and eloquently cries out that ‘…there’s nowhere that I can go, there’s nowhere that I can hide, when I feel like I’m alone, your love and my heart collide…’ across vibrant acoustic guitar, we are treated for a song sure to impact all who listen, and a song that will gain Sarah much deserving fans and followers, as we worship the Lord our Saviour. While some listeners may prefer the upbeat and fuller electronic version, the fact that an acoustic version of the song was even made in the first place is testament to the fact that Sarah is indeed a quality songwriter and that she hasn’t lost her mojo while taking a break for all those years!

As I eagerly anticipate Sarah’s debut Word Label Group album, “Nowhere” is a brilliant offering to tie me over until Sarah Reeves unveils her new full length project. “Nowhere (Acoustic)” and “Nowhere” are both equally impressive, and there’s nothing much more I can say about this track. Actually, yes there is! Listen to this song right away (both versions!), and be blessed and immersed in the lavishing and unending love of Jesus. Well done Sarah, and I can’t wait to hear what you have in store for us in 2017!

3 songs to listen to: Not an EP or album, but you can and should listen to “Nowhere” at least 3 times, then “Nowhere (Acoustic)” 3 times as well, hopefully more!