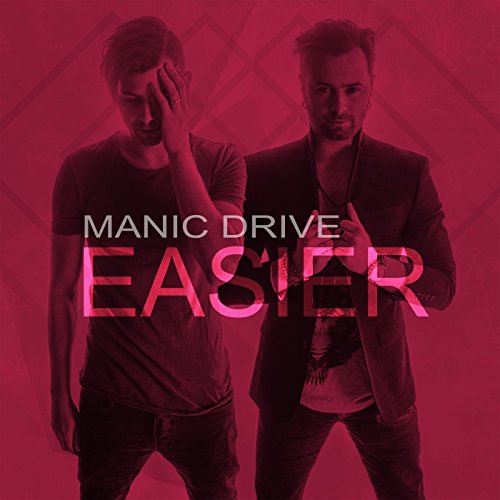 With most of CCM music in general being comprised of American music artists, let’s take a little minute for a practical exercise, alright? Ok, so hands up how many active CCM artists are from outside of the U.S.? In particular, Canada? (Don’t worry, I will arrive at my point later on…) Of course the U.K has Delirious?, Tim Hughes, Matt Redman, Ben Cantelon, Philippa Hanna, Lou Fellingham and Beth Croft; while Australia (where I live!) has Newsboys (even though now ¼ of the band is Aussie!), Peter Furler, for King & Country, Paul Colman, Rebecca St. James, all 3 incarnations of Hillsong (Worship, UNITED and Young & Free) and Planetshakers; but what about Canada? Well, let me start counting and listing. Love and the Outcome, Manafest, The City Harmonic, Amanda Cook, Downhere, Starfield, Dan Bremnes, Thousand Foot Krutch, Matt Maher…the list goes on.

Why the preamble and the list of different artists’ nationalities. Well, it’s just to remind all of us, including myself, that musically different countries have quite a lot to offer. So let’s dive deep into another Canadian artist. Manic Drive recently released their brand new single “Easier” this past week, but if you don’t know their history, let me break it down for you just a bit. Comprising of brothers Michael and Shawn Cavallo and good friend Anthony Moreino, the trio formed in 2004 and have recorded 4 albums (Reset and Rewind in 2007, Blue in 2009, Epic in 2011 and most recently VIP in 2014). Blending musical genres of EDM, pop, CCM and rock into their songs, the inspirational and energetic band is probably one of the most underrated bands ever, probably partly due to the fact that they’re not signed to a label. Nonetheless, with the band already recording hit songs such as “Blue”, “Walls”, “Music”, “Halo”, “Money”, “Save A Life”, “Good Times”, “VIP”, “Rhythm”, “Good News” and “King Of Mercy”; and also winning plenty of awards at the GMA Canada Covenant Awards over the years; Manic Drive are back in a really good way, as “Easier” musically showcases the band that we all know and love, coupled with ever true lyrics about the Christian walk and how it’s not meant to be easy, and how the walk of life as a Christian can be faced with hardship, but is also rewarding in the sense that God uses trials to grow our character and strengthen our faith.

Driven by stirring synth and electronic beats, the band ardently mention in the verses that the persona finds himself in a tough spot, that he’s ‘…running out of breath, but You wouldn’t give me strength if it’s meant to get easier…so help, I’m asking please, there’s gotta be another remedy, I’m running out of my options…’, yet also provide hope and solace further on in the song. Thematically similar to the timeless short story of Pilgrim’s Progress (originally written by John Bunyan in 1678!) in that the Manic Drive compare the Christian walk to walking on the narrow road with lots of hardship but great reward, we are encouraged to actively step into where God wants us to move into, knowing that there will be trouble and hardship, but to hold on, because God with us always. In fact, it is the second verse that brings home the message of the song, as Shawn powerfully declares the fact that ‘…makeshift happiness, mistaken for being blessed with artificial exteriors fabricated with smoke and mirrors, we can never reach new heights without obstacles to climb, no getting there isn’t effortless, I’m gonna need a hand with this…’, signifying the fact that ‘happiness’ of the world isn’t real if God isn’t in the equation, and that without the bad times, we can never really appreciate the good times. That’s not to say that God deliberately causes the bad things on earth to happen- because He doesn’t- but knowing that God uses everything for His glory and our good makes things a bit easier when we are going through life but not knowing how everything turns out. Inspiring, honest, emotional and encouraging, Manic Drive’s heartfelt single is sure to strike a chord with many listeners, as we remember that Christianity is a choice every day, to go where God leads and to live life according to his purposes, as we glorify His name and tell everyone what He’s done in our life.

It’s been 3 years or so since VIP, so I reckon Manic Drive’s new studio album will drop in the second half of 2017. Until then, “Easier” is on the surface a fun EDM/pop tune, but also with heart and sound lyrical content, as we are confronted by the fact that yes life doesn’t really get easier once you believe in Jesus, but we can take heart as He is with us and He will guide us through our storms. One of my favourite songs of 2017, Manic Drive have created a thought provoking near flawless masterpiece; check out the song and let me know what you think of it!

3 songs to listen to: Easier at least 3 times…until we realise that life actually doesn’t get easier especially when we’re a Christian, that the world will persecute us, but that we can take comfort because God has overcome the world.