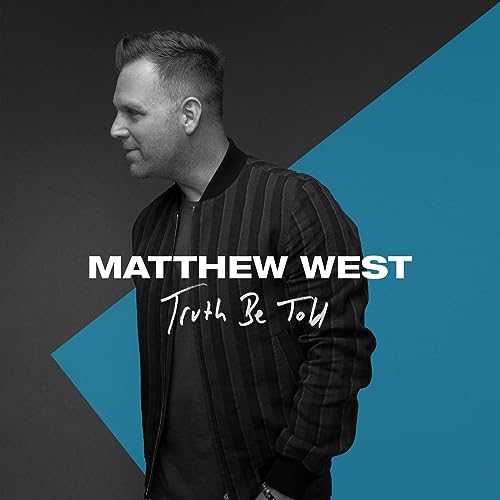 Nowadays in the world today we say that we’re fine. When people ask us ‘how are you?’, we say ‘I’m fine’. Not that there’s anything wrong with that, because I’m sure you and I do this all the time- put up walls in front of strangers, not wanting to let people in to see the real us. We think that because the love other people give us is based around the image and perception and portrayal of ourselves we allow people to see, we reckon that we need to keep up the façade for as long as we can in order to gain the friends and followers that we can. Saying ‘I’m fine’ becomes a habit, and then we say it for so long that we’ve forgotten what we mean by that phrase. But because we’ve said it a thousand times over, we start to believe the lies that we will believe we’re fine if we say it often enough. But no amount of mantras can cure the ache inside- and this is what Matthew West explores in his vulnerable new single “Truth Be Told”, his third single on Provident Label Group.

Sometimes the truth hurts, and in this instance, Matthew relays to us the ever true notion of us lying and pretending that we have it all together. A piano ballad, “Truth Be Told” is probably the most emotional out of Matthew’s previous singles “The God Who Stays” and “What If”; as he imparts to us our fears and insecurities that we won’t be loved if we tell the truth, That the truth isn’t told because of the fear that our loved ones will turn away. But the truth is far from scary. Matthew highlights to us that God knows all of our secrets and He loves us anyway. The Maker of Everything doesn’t judge us for our sins and our stuff-ups., so shouldn’t that give us confidence in how we interact with our friends and family, who hopefully should have our back no matter what, even if the truth is scary? With a new album releasing possibly early next year, Matthew West remains to be one of today’s most inspiring and relatable artists. And “Truth Be Told”, though somewhat uncomfortable to listen to, is necessary to hear in a world where almost everyone puts on a mask. So as I finish up my thoughts for today, I’ll leave you with an Instagram post where Matthew lets us know his heart behind the song. Well done Matthew, I can’t wait to hear what God has in store for you next!

“…this song is an honest attempt by me to be, well, honest. Authenticity is easier said than lived. I think deep down we all like the idea of showing who we really are, warts and all, to the world. But allowing others to see the rough-around-our-edges, is a scary thing. What will people think? How will they judge me when they know I’m anything but perfect? The crazy thing is, the truth is already told when it comes to God. Scripture says nothing in our lives is hidden from Him. For someone who hasn’t discovered the freedom of grace, the thought of a God knowing about the worst parts of your life can really freak you out. But to understand that there is a God that sees every secret sin, every struggle, every thought, every mistake, and loves you still- that is a freedom like no other…”