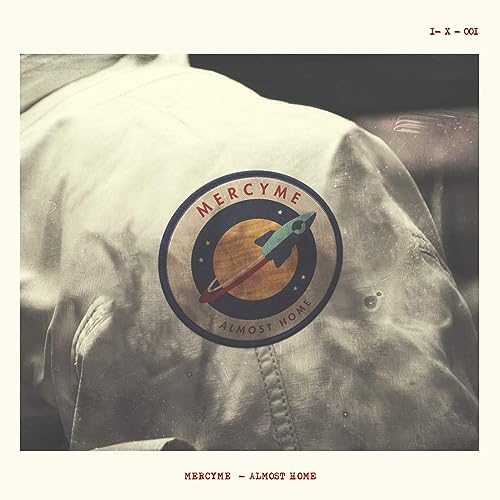 “…that’s the beauty of the next chapter. It’s unwritten. It’s whatever the band want it to be, and whatever God wants it to be. If the band split up, then so be it, because it’s probably in God’s timing. But I think…that if MercyMe release another album in the future, whenever that is, that they should treat it as another ‘debut’ album. That’s the way to go- reinvent their sound; and see where God takes them. It may be to another untapped market to go out and spread the gospel. Until then…you can recommend [I Can Only Imagine – The Very Best of MercyMe (Deluxe)] to all of your friends, family, your enemies, your pets, even the neighbours dog. That’s how important I reckon this album will be. And timeless, and relevant and revolutionary. Oh, and go watch the film in a month’s time. I guarantee it will be worth it! Well done guys for doing what probably no other CCM band or artist has done before, and that’s release a greatest hits album, that actually is a greatest hits album!…”

Having emphatically declared with certainty the above quote in my previous review for MercyMe, I used to think that these guys may have reached their peak. Welcome To The New and Lifer were two of the band’s best albums yet, and with the discography that they have had, as well as the movie that released last year inspired by lead singer Bart Millard’s life; I along with everyone else assumed that they were winding down. Not that there’s anything wrong with retiring from the music business, but generally it is common practice for musicians to keep going and going and going…until they die. But thankfully the day that MercyMe retire is not yet. Because here we are, a year and a half after the movie I Can Only Imagine released; with a never-before-heard brand-new song “Almost Home”. This track was debuted at the Dove Awards this year, and though it is most likely the lead single for the new album; there’s a chance it may not be. Nonetheless, “Almost Home” is Bart and co. at their brilliant best- so as we sit and wonder what is next for the band aside from this song, let us briefly dissect this track, shall we?

An inspirational pop/rock track at its core, musically there’s unfortunately nothing that we hear that the band haven’t tried before. But before you write off the song, let me say that the lyrics are some of the best the group has ever recorded. With Bart powerfully relaying that heaven and eternity with Jesus isn’t too far away, and that we will be with Jesus someday; this track is for any who find themselves down and full of despair, with the track encouraging us all to keep on fighting the good fight; and that the pain we feel will disappear one day when we get to heaven. Probably one of the most profound, emotional and hard-hitting songs from MercyMe in recent memory; there’s not much more I can say about this song, except for you to listen and be amazed that even after all these years, Bart and the band are able to deliver near-perfection like this offering!

MercyMe are one of my favourite bands period. Their passion for Jesus and their infectious joy no doubt part of a package that I’m glad exists- the world is all the better for Bart, Robbie, Nathan, Mike and Barry to be playing music together. While we don’t know what the future holds, let me tell you that it will be a ride, that’s for sure. “Almost Home” is the perfect start to the new chapter of MercyMe, and hopefully their new album whenever it arises, will be a treat to listen to. Until then everyone, let us repeat “Almost Home” many, many more times. Go on! Cause this is one of my favourite songs this year! Well done MercyMe, I can’t wait to hear what God has in store for each of you!