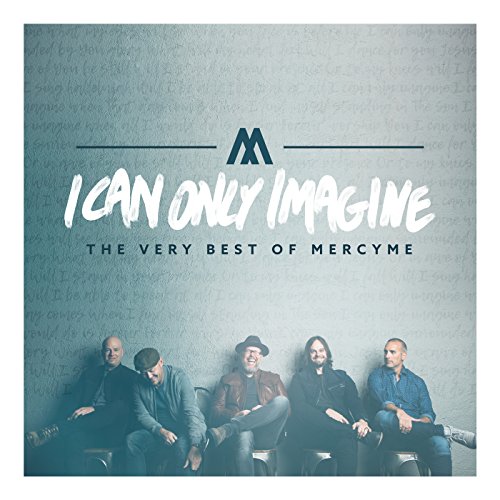 In a little just over a month, probably the most relatable film, dubbed as a ‘Christian’ film, will release. The most relatable and maybe the most influential and impacting film ever, or maybe in recent memory, in both the mainstream and Christian media? Am I serious? Yep, dead on very serious. Like Abraham on the verge of sacrificing Isaac serious. Like Moses parting the red sea serious. Or like Peter following Jesus serious. I’m not a betting man, but if I was, I’d bet quite a lot on I Can Only Imagine breaking a ton of records- with this film being probably my most anticipated movie ever, even more so that God’s Not Dead 3, which releases 2 weeks later on Good Friday. A film released by Lionsgate and Roadside Attractions, directed by brothers Andrew and Jon Erwin and based on the song written by MercyMe frontman Bart Millard, I Can Only Imagine chronicles Bart’s complex relationship with his father and gives viewers an insight into how Bart wrote the hit song “I Can Only Imagine”, the most-played contemporary Christian song of all time. With the movie peeling back the emotions of Bart as he decided he was going to pursue music full time, as he discovered that his father had cancer, there will be a movie review of I Can Only Imagine will be released on this site sometime this year (our first movie review since the review of Where Hope Grows back in 2015!)

With MercyMe releasing Lifer last year to commercial and critical acclaim, led by their #1 hit single “Even If”, the band is set to unveil their latest effort on March 2nd this year, in order to market the movie releasing on March 16th. An album that will support the movie, and with also release on the same day that their 2nd single off Lifer “Grace Got You (Feat. John Reuben) hits radio airwaves everywhere, this album in question that I will briefly gloss over and quickly analyse (because we have access to most, if not all, of these inspiring, heartfelt and relevant melodies) in in fact… a greatest hits album? Hang on? Are we hearing that right? Did MercyMe announce that they are releasing a label money-grab album? Didn’t we just get a greatest hits album not even ten years ago called 10 in 2009? They’re not quitting are they? Well read on for my opinion on what I can only describe as smart marketing by the label and the band, as MercyMe enter into their latest chapter, and a new beginning that had me excited for the future.

First of all, let’s look at song choices, and debate on which songs should have been on the album (considering that it is a greatest hits album) and which songs could have been omitted all together, and have the impact still the same. Since this album was a record with every song carefully picked by the band and the label (including maybe Bart’s favourite singles, or Mike’s favourite singles, or some favourite singles of Fair Trade Services), there is definitely a reason to like this album very much- kudos and major plus points for the band to include a great snapshot over the years of the most impacting and hopeful hits of their whole career. From songs like “Word Of God Speak”, “Flawless”, “The Hurt And The Healer”, “Shake” and “Bring The Rain” to “Greater”, “God With Us”, “Here With Me”, “Move”, “Dear Younger Me” and “So Long Self”, you will probably find no greater greatest hits project of a band if that greatest hits project was made this year, as this 16 track journey of MercyMe across the years has little to no faults. There are also 3 versions of the title track- the original recording from Almost There, the re-recorded symphonic orchestral version from 10 and a brand new more upbeat and current version exclusively recorded for the movie release. Fitting though that this album starts and ends with 2 versions of “I Can Only Imagine” (on the standard version and on the deluxe edition of the album!), as this is THE song that describes the heart of the band if you would only have to pick one song from their whole discography.

While I won’t go into every song in detail (what I have done is include many Spotify playlists at the bottom of this review of every MercyMe album that you all can check out- as you all many have different opinions of each MercyMe song!), what I will say that for 16 songs, the tracks here are pretty comprehensive. But there are some flaws. No representatives from the 2002 album Spoken For aside from “Word Of God Speak” (what about the title track?). Songs like “Hold Fast”, “All Of Creation”, “Beautiful”, “In The Blink Of An Eye”, “You Are I Am” and “You Reign” are all missing (and all would be there if the release was a double disc) which begs the question- why 16 songs? Why not 20, 25, or 30? MercyMe have been around for years, and have probably about 100 or maybe more songs they’ve released over their whole career, and to say there’s only 16 songs (or 14 in this case of 2 being double ups of “I Can Only Imagine”) that are the best of the best, is somewhat offensive to the rest of the songs. Well, I can only think of one reason, and it’s a smart one.

And it’s that…this ‘best of’ release is not for the die-hard fans like you and me. I reckon it’s primarily for those who are non-Christians, who are asking questions and are seeking. As this movie is a wide release all across the world, guaranteed some people who will watch the film won’t be Christians, and what better way for them to be introduced to MercyMe (whom they wouldn’t know of deeply, just the band that the movie was inspired by) than this new release. At 16 tracks, it’s a perfect length for seekers to get familiar enough with them, yet also craving more…hopefully. And while it’s not a perfect track list (as the aforementioned tracks above are all missing!), it’s at least something that in conjunction with the movie, will start a conversation around faith, music, the big questions in life, and the notion of God supporting our dreams and plans for the future, no matter how out there and outlandish they may seem on the surface. So with that goal in mind, I reckon Bart and the band, and Fair Trade Services have done a fantastic job at creating a platform for us to discuss with our friends all types of issues, as God uses this movie and the album for His glory and to further the kingdom of God.

“…We’re so excited to get to share this new version of ‘I Can Only Imagine’ with everyone. The song has meant a lot to me over the years, and it really came out of a difficult season. It brought me a lot of hope, but there has always been something very melancholy about the song in the way that it was recorded before. Getting to do it over this time around, I really felt like it would be awesome to shape in a more celebratory tone, where it conveys us rejoicing in the fact that we don’t have to imagine much longer. It has this cinematic and whimsical feel about it, and it really fits with how I see the song today differently than when I first wrote it…” Now that Bart Millard and MercyMe can say that they have reached the pinnacle of ‘success’, in that a ‘Hollywood’ movie has been made based on the band’s formation and the lead singer’s life in how he started the band, I reckon everything that happens from here on end is a bonus. MercyMe have been together for more than 20 years, and at this rate they aren’t slowing down soon. But as we see in the music industry, you’re probably only as good and popular as your last album, and things can take a turn for the unexpected very quickly- as we are well aware with the recent split of worship duo All Sons And Daughters, and the breaking up of Canadian worship band The City Harmonic last year. So while MercyMe have released fantastic albums up until now, and a couple of greatest hits albums that really do showcase the ‘best of the best’, the future is indeed unknown for Bart Millard, Nathan Cochran, Mike Scheuchzer, Barry Graul and Robby Shaffer.

But that’s the beauty of the next chapter. It’s unwritten. It’s whatever the band want it to be, and whatever God wants it to be. If the band split up, then so be it, because it’s probably in God’s timing. But I think…that if MercyMe release another album in the future, whenever that is, that they should treat it as another ‘debut’ album. That’s the way to go- reinvent their sound; and see where God takes them. It may be to another untapped market to go out and spread the gospel. Until then, let us wait for 3 weeks or so, until I Can Only Imagine – The Very Best of MercyMe (Deluxe) releases. And then you can recommend it to all of your friends, family, your enemies, your pets, even the neighbours dog. That’s how important I reckon this album will be. And timeless, and relevant and revolutionary. Oh, and go watch the film in a month’s time. I guarantee it will be worth it! Well done guys for doing what probably no other CCM band or artist has done before, and that’s release a greatest hits album, that actually is a greatest hits album!

5 songs to listen to: I Can Only Imagine (The Movie Session), Word Of God Speak, Flawless, The Hurt And The Healer, Bring The Rain