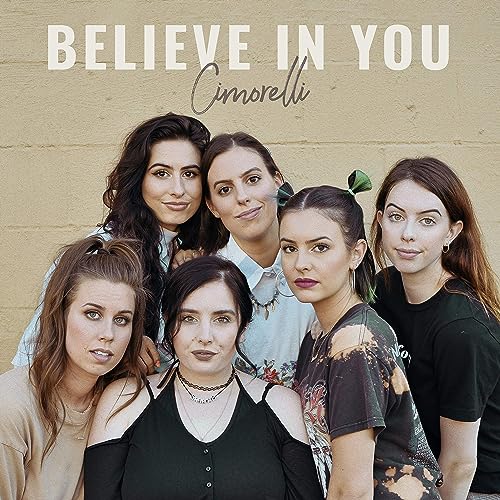 What, oh what can I say about Cimorelli? The six sisters Christina, Katherine, Lisa, Amy, Lauren and Dani Cimorelli, from El Dorado Hills, California? I’ve noticed as I have been browsing this site for information on the sibling group, that we’ve posted about them a lot. And I mean a lot! Could it be described as an ‘unhealthy obsession’ kind of a lot? Perhaps. Maybe. To some it may seems like my brother and myself are so much into the band that it’s creepy. But let me just say that because the six sisters have played a massive part in both of us leaping out and investigating mainstream music, and hence enjoying tracks we’ve never hear in a million years…well it stands to reason that we’d always have a place for Cimorelli in our hearts! You may think that’s weird, but that’s the way it is, no need for any further reasons.

If you’re an avid reader of our site, you already know the extensive discography from Cimorelli from 2012 till now. These girls have always released original material every year, as well as well thought out and exquisite covers of pop songs and worship songs. Lyric-wise their songs are full of empowering melodies about identity and self-worth, and with the band being around for more than ten years, I was surprised that they’re not more popular than I think they should be. Correction- they are popular on Youtube…and while I will write about the group’s burgeoning influence in another post (a Momentous Mondays post!), let me briefly direct you all to the group’s new song “Believe In You”, which release today in preparation for their new book of the same name!

“Believe In You” is standard pop, similar in theme and music to songs like “You’re Worth It”, “Worth The Fight”, “One More Night”, “Who Told You” and “Pretty Pink”. With the song doubling up as a track that God could sing to us, I reckon that if you haven’t heard of Cimorelli before, you may think this song is lame and cliché. For all of us fans of Cimorelli though, this track is pure gold, with each sister contributing something different vocally to the track. Lyrically, the group inspire us and declare that they themselves believe in us- and that belief by one person in someone else can make all the difference. It’s a concept that isn’t new, but boy do the vocals really soar. By that fact alone, we can definitely immerse ourselves in Cimorelli music if we haven’t already- and let us remember that even if these guys release tons and tons of music every year, God has anointed them to be missionaries in the sphere of influence of Youtube. So well done guys, this song is pretty awesome, and I can’t wait to hear what is next from you, as a band and as individuals. Until the next album/EP/song!