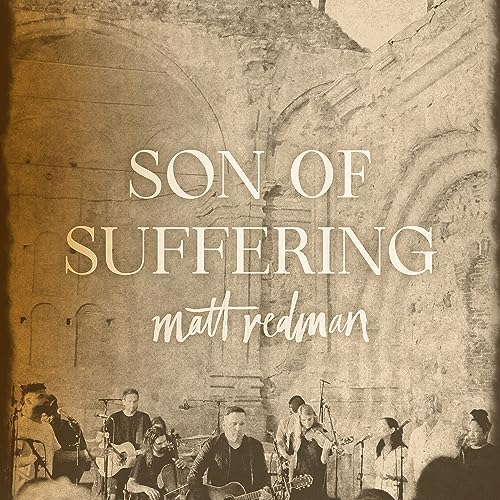 I have always admired the tenacity of which Matt Redman delivers his music over the years. Such emotion and power that I’ve seen over the years with his music, that I have come to respect and admire one of today’s most influential worship leaders of both today and yesterday, as songs like ‘Blessed Be Your Name’, ‘Once Again’, ‘Dancing Generation’, ‘Holy Moment’, ‘Let My Words Be Few’, ‘The Father’s Song’, ‘The Heart of Worship’ and ‘Undignified’, to name a few; have all shaped the worship music landscape into what it currently is today. While Matt may not be as popular now in the worship music industry (leave that to global worship movements like Bethel Music and Jesus Culture to be popular now), he still keeps chugging along, releasing albums every few years apart. Here we are now in 2022, and what has resulted in the last few years, are albums, singles and songs that have rejuvenated his worship career and has created songs for the church in their own personal and corporate worship sessions around the world, on every Sunday morning service in recent memory. In 2019, Matt unveiled to us arguably one of his very best, in ‘Always Grace’- the song being the exclusive theme song of the faith-based movie PALAU, based upon the life and ministry of evangelist Luis Palau. Shortly followed by the single ‘The Same Jesus’ (of which I reviewed the song here), and his 2020 album Let There Be Wonder (of which my brother Josh reviewed here), Matt continued to deliver heartfelt songs and powerful anthems for both corporate and personal worship. In 2021, Matt unveiled another offering of music- this time in the form of an acoustic EP titled…Let There Be Wonder (Acoustic), comprising of songs of his standout songs from the 2020 song collection, alongside arguably his most famous song ever, ‘Blessed Be Your Name’, all undertaken in acoustical format. Now as we fast-forward to 2022, Matt has again delivered a power musical offering once again- ‘Son of Suffering’, from Matt’s upcoming TBA live album, releasing…well, TBA of course.

This is not really a ‘review’ of the song in a traditional sense, but rather, just my own musings of how I thoroughly enjoyed this song by Matt, even though from a technical standpoint (and even a theological one), there’s nothing really noteworthy or ‘new’ from Matt that has hasn’t explored in his albums in his discography past. Nevertheless, ‘Son of Suffering’ (co-written with a plethora of artists under the collective of Bethel Music) is still enjoyable for anyone who’s been a fan of Matt’s music, especially songs like ‘Blessed Be Your Name’, ‘Facedown’, ‘Beautiful News’, ‘This is How We Know’, ‘10000 Reasons’, ‘Your Grace Finds Me’ and ‘Gracefully Broken’, to name a few. Basically…any song from Matt’s past that was marketed as a radio single, well, you’d enjoy ‘Son of Suffering’. Anyone who wants to hear something more unique and creative from Matt (that you haven’t heard before on any of his single/album releases), then this song isn’t really for you. Not to discount the enthusiasm and passion of Matt, but if you’re looking for creativity and innovation, then go for a worship artist like Phil Wickham or even an artist like Sean Curran. For me, I’ve always felt that in terms of creativity, Phil and Sean exceed much more than Matt- and that’s not a diss against Matt in any way. It just feels that Matt’s songs of late are seemingly ‘safe’, and that isn’t a good or a bad thing. It’s just a thing that I’ve observed. Nevertheless, ‘Son of Suffering’ is a great song to worship along to, on a Sunday morning at your local church. If you’re expecting this song to win countless Dove Awards and be the next ‘10000 Reasons’- then I think you need to wait a little more. Regardless, fans of Matt’s will enjoy this release. Others, who may be looking for something new and fresh, may have to look towards other artists like We The Kingdom, TAYA, UNITED, Phil Wickham, Crowder, Rend Collective, Christy Nockels and Brooke Ligertwood, to name a few.