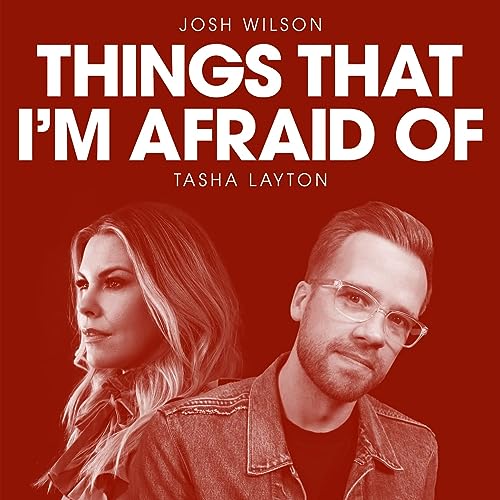 Josh Wilson has always been the quiet achiever. Plugging away at song writing and releasing melodies that tug at the heart. From songs like ‘That Was Then, This is Now’, ‘Carry Me’, ‘Pushing Back the Dark’, ‘Saviour Please’ and ‘3 Minute Song’, to ‘I Refuse’, ‘They Just Believe’ and ‘Fall Apart’ to name a few; we are reminded that Josh Wilson is once again the multi-instrumentalist, as he most recently unveiled his new EP Remember in September 2021, comprising of the songs ‘Revolutionary’, ‘Undeniable’ and ‘Remember’, and a few more; upon the heels of his highly successful Black River Christian debut EP Don’t Look Back at the end of 2018, with the standout songs ‘Borrow’, ‘Dream Small’ and ‘OK’. Josh’s talent as a multi-instrumentalist makes him one of the most underrated singer/songwriters I’ve heard and enjoyed within the last few years- just check out his one-man band music video of ‘Borrow’ and you can see just how talented he really is, musically. Josh has always given us stories to think about and songs to sing, and nothing was any different with Josh’s new EP that released late last year. Fast-forward to 2022, and Josh has recently unveiled his brand new single ‘Things That I’m Afraid Of’, a song that speaks about mental health, as Josh himself gets very candid about his own issues relating to mental health and the stigma that comes along with it. Whether this new song is part of a larger full-length project with Black River Christian coming out later on in the future, it remains to be seen, but one thing is true- even with this new song, Josh is still one of the most unique artists I’ve come across this side of the millennia (I can’t even think of any other artists that can undertake the acoustic guitar, electric guitar, bass guitar, keyboards, ukulele, banjo, glockenspiel, as well as some percussion with such poise and professionalism), as we’re reminded through hearing this track, that the things that we’re afraid of as humans (spiders, snakes, fear of heights, fear of people, etc.), are in turn afraid of Christ Jesus- that He has the authority over everything, even the things that we think have a hold over us.

‘The Things That I’m Afraid Of’ is a track that reminds us that we all have things in our lives that we are struggling with, things in our lives that are seemingly gripping in our lives, more than we can even care to admit or even realise. Things like anxiety, depression, panic disorders, OCD, phobias, bi-polar disorder, any other mood disorders, eating disorders like anorexia or bulimia, PTSD, schizophrenia, alcoholism, and other traumas, are just a few of the many mental health issues that aren’t necessarily discussed or even talked about, especially in Christian circles. While these things that people often struggle with daily, aren’t mentioned in the song by name, the track itself does allude to things in people’s lives that remind us that there’s so much more than just physical hurt for someone, that something like anxiety, depression, PTSD or even traumas, may be present in someone’s life, and we may not even know it. Yes, these things may cause us to be afraid, afraid of the very thing that seemingly grips our life, but if there’s one thing for us to remember, it’s this- that what we’re afraid of, is afraid of someone else- Christ Jesus. He alone causes even the winds and waves to be still, so why won’t He cause the things that we’re afraid of, to be afraid of Him? That ought to be comfort enough, right? Josh’s song is indeed vulnerable and compelling, challenging and comforting, encouraging and hopeful, and though only a tad below 3 minutes, packs a punch thematically, as we hear a song touch on something that doesn’t get talked about much within the realms of Christian music. Mental health, and mental health issues, are indeed real for people everyday, and it is indeed unfortunate that CCM hasn’t addressed these issues…until now. Josh’s song is bold and brave, and hopefully, other people can follow suit and discuss things like anorexia, PTSD, schizophrenia, or even sexual trauma. Here’s hoping that ‘Things That I’m Afraid Of’ becomes a stepping stone so that we can all become more honest with our songs and music in the future, right? Well done Josh for such an enjoyable song. Looking forward to seeing that the Lord has in store for it, in the upcoming weeks and months ahead.

‘…these last two years have been very difficult for so many of us. I used to think that being a Christian meant that life should be easy, but Jesus himself said, `In this world, you will have troubles.’ Sounds pretty discouraging until you read the next part, where he says `but take heart, for I have overcome this world’ (John 16:33). Life isn’t easy for anyone. We’re all fighting a hard battle. If you’re facing addiction, anxiety, depression, bipolar disorder, PTSD, or any other mental health struggle, you’re not alone. Whatever you’re going through, whatever you’re struggling with, Jesus promises he will never leave or forsake you. Here’s my favorite line in the song: There’s no place where my demons can’t find me, but just want till they see who’s standing behind me. Our troubles are big. Our God is bigger. Love you all, and can’t wait to see you on the road this year…’