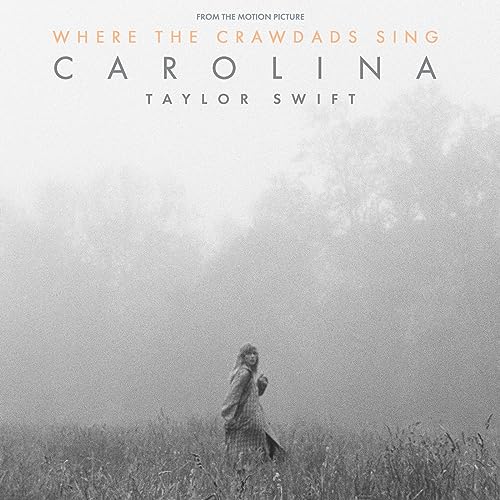 In one of my reviews last year, I outlined that the album experience, the looking through the liner notes, the reading and sometimes heavy analysing of the incredibly small lyrics, the eager anticipation of being one of the first people in existence to hold a physical copy of a particular album that has been eagerly expected by all… well that experience is almost non-existent now. On the whole, people favour the consuming of the single over whole album experiences… However in November last year, an album came along to shake the very fabric of our musical existence. An album came by and has completely shattered records beyond comprehension. An album came by and redefined how we listen to music and how much we still respect the concept of the album. And an album came by and has reshaped our love for music in general, and an album has come by to confirm what we already know. The album was RED (Taylor’s Version) by Taylor Swift (which I reckon is the frontrunner to sweep the upcoming Grammys in 2023); and it simply confirmed that iconic and legendary pop/country singer/songwriter Taylor Swift… is one of the most prolific though-provoking, skilful, confronting, and inspiring songwriters and singers, of yesterday’s generation, of the modern music era (our current generation), and probably of tomorrow’s generation also.

I’ve written a lot about Taylor in the past. And so, where do I start when I’m discussing Taylor Swift? Well, the other month, I wrote an extensive blog about her and her sustained influence in the music industry and over so many lives– and I’ve also reviewed her albums Fearless (Taylor’s Version) and RED (Taylor’s Version); so you all can read those posts at your own leisure. But basically, if you want the cliff notes version of what I said in the blog (because essentially that blog was super, super long!), then I’ll just reaffirm here that Taylor’s vocals are compelling, stirring and quite heavenly really; but I believe that it is Taylor’s nuanced, level-headed, honest, personal, emotional, and empathetic narrative storytelling… that really cements her place in this list of influential artists of all time. It is the song-writing in my opinion that also lands her as one of the most relatable people in the world at the moment. There seriously isn’t anything to dislike about Taylor Swift, and her songs throughout her discography has received widespread listener, critical and commercial acclaim. Taylor has broken a lot of Guinness World Records for her music, and she is one of the best-selling artists of today. With Taylor being prominent throughout her career in the genres of country, pop and folk; it is her down-to-earth nature, her humbleness and her kindness that seems to win fans over. And as for me and my listening experience to Taylor’s discography over the past few months; can I say that I am now a bona-fide fan of hers? Of both her song writing and of her singing? Taylor has accomplished a lot in her 15 + years in the spotlight, and she has grown up immensely. Granted, she’s grown up primarily in the spotlight and in the public eye, however I reckon that the way that she has handled criticism and haters has been full of professionalism, poise, and grace. For me, my love for Taylor’s music and her storytelling, is embedded in her songs and how deep she dives; and every Taylor Swift song means something to someone- and that is what I reckon is so profound, special, and beautiful about everything that Taylor releases.

And so, as Taylor has released something new for us all… I thought it would only be fitting to briefly voice my thoughts on this masterpiece of a single. “Carolina” is a mysterious, haunting, reflective, powerful, folksy, emotional, honest, and vulnerable melody, and is a track that could’ve worked on the albums Folklore or Evermore. As we are presented with a melody written for the upcoming movie Where The Crawdads Sing, based on the 2018 novel of the same name; Taylor’s confidence, sureness and her poise on this melody shine. Though I personally haven’t read the book, listening to this song makes me want to. When reading the premise of the movie on Wikipedia (a thriller like Mystic River), as well as listening deeper to the song, this melody that Taylor has meticulously crafted, reminds us about the fact that sometimes there are secrets in a small town that are only known to the people the secrets pertain to, as well as the town itself- in this case the town of North Carolina. And as we are swept away into the world of this book and the upcoming movie, Taylor eloquently reminds us that sometimes the world is harsh and unforgiving, and that though we can one day be innocent and young, sometimes the town transforms you into something that you yourself don’t want to be. “Carolina” isn’t a pretty song about sunshine and rainbows, but rather, it is a song about losing your innocence and losing your youth. It’s a song about real life- and it is an artistic masterpiece that sends chills down your spine.

Where The Crawdads Sing is a book I got absolutely lost in when I read it years ago. As soon as I heard there was a film in the works starring the incredible Daisy Edgar Jones and produced by the brilliant Reese Witherspoon, I knew I wanted to be a part of it from the musical side. I wrote the song “Carolina” alone and asked my friend Aaron Dessner to produce it. I wanted to create something haunting and ethereal to match this mesmerizing story.

About a year & half ago I wrote a song about the story of a girl who always lived on the outside, looking in. Figuratively & literally. The juxtaposition of her loneliness & independence. Her curiosity & fear all tangled up. Her persisting gentleness & the world’s betrayal of it. I wrote this one alone in the middle of the night and then Aaron Dessner and I meticulously worked on a sound that we felt would be authentic to the moment when this story takes place. I made a wish that one day you would hear it. ‘Carolina’ is out now.

A lot of people thought that after Taylor released RED (Taylor’s Version), that she’d take a break or do something different. They were right. “Carolina” is a song that confirms my suspicions- that Taylor is one of the greatest songwriters currently. Such is the prowess and passion and heart and soul of this living legend called Taylor Swift… that I guess it’s not a surprise that “Carolina” wowed us all so quickly. Could we expect anything less? Anyway… shall we guess what’s next? 1989 (Taylor’s Version)? Or Speak Now (Taylor’s Version)? Or another entirely new studio album (just to break up the cycle)? Maybe a live project or a Christmas album? Or perhaps Taylor will keep on releasing singles, or she will take some time off. Whatever the case, Taylor has reminded us that songs matter. That lyrics matter, and that timeless songs, are indeed timeless songs. I think I’m at the point where I can say with confidence that I would go to a Taylor Swift concert… and actually be proud of the fact. Most of the world’s population though, would be in the same boat as me and probably will also eagerly await to see Taylor in concert. But with the world still in flux because of COVID-19 and its many growing variants; right now the only thing to do is to spin through Taylor’s discography- “Carolina” included. And so, listen to this song, and to Taylor’s albums, we shall. Until we know every word and every note. Taylor Swift is a superstar. Maybe it’s time we thank God we’re living in the same era as Taylor.