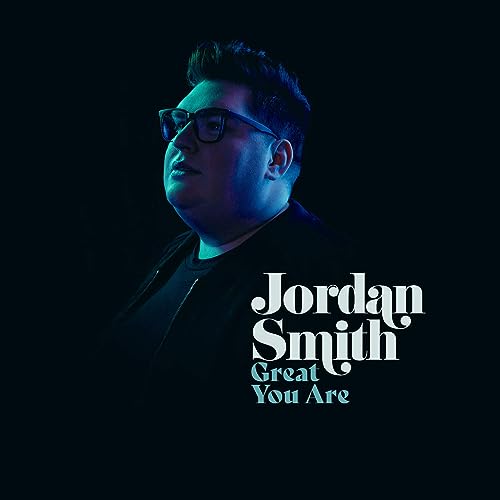 Revealing to the world just how popular his music really is, where he became the best-selling artist in the history of The Voice, and also the season 9 winner of The Voice in 2015; 27-year-old singer/songwriter Jordan Smith unveiled his debut album Something Beautiful in 2016, full of covers and a few original songs thrown in as well. You can read our review of the album here (as well as our review of his sophomore album Only Love), yet the time has come now for us to sink our teeth (more like our ears) into Jordan’s latest single “Great You Are”, his first single from Provident Label Group. As Jordan showcases his strong faith and delivers a worship song to Jesus, we are met with an earnest and optimistic song that sings His praise and goodness, and boy don’t we need encouragement in this world today! With Jordan relaying to us that now he’d much rather be singing about and to God, and to drawn people into His presence; does this make this track much more rounded than anything Jordan has done in the past? Or more inferior? Well, let me just say this- even if you’re not a fan of The Voice, can I just try to convince you to take a quick sneak peek of what Jordan has to offer, especially here? Because vocally, he’s at the top of his game right now, and probably right now only third to both Bart Millard of MercyMe and Mark Hall of Casting Crowns in terms of vocal ability (in my opinion!)… anyway, just take a listen and see what you reckon. I know you definitely won’t be disappointed.

I was just so moved by the idea that if I’m silent, the Lord will still find a way to be worshipped. He won’t miss out on anything because we don’t give Him the glory or the recognition or the worship He deserves. But I want so badly to be a part of that.

Connecting people to God just feels natural, and it feels free, and it feels easy. I want people to experience the Holy Spirit. I want them to be uplifted, and I want them to feel God’s love and His acceptance through my music, even if they don’t know what that is, even if they don’t understand that’s what they’re experiencing. My lifelong dream is to be able to make music for the church and to just experience heaven with people.

A vertical worship song at its core- this is a far cry to the mainstream material Jordan was releasing with Only Love. Yet fans of Jordan’s previous work will still find themselves captivated and enthralled in my opinion. Jordan’s passion for Jesus and to see His name being lifted high is almost second to none- and with this new direction and a new label… anything is possible for the young man of God. As Jordan conveys to us that the very purpose that we all have is to simply worship God and to make His name famous above all other names; we are ultimately blessed to hear a song like no other, and a release that is sure to be on our playlists on Spotify or on iTunes or wherever else, for days, months, years to come. Therefore, what I can say about the song in one sentence to sum up, is that Jordan Smith has delivered a true masterpiece that deserves to be listened to again and again. And also, I reckon one thing is certain once again like in his previous albums. And it is this- that in whatever sphere of influence Jordan is placed in, God will ensure that he succeeds. Well done Jordan for a compelling and motivational follow-up to Only Love. For those who have not heard this worshipful and inspiring track- that needs to change now! No more needs to be said!