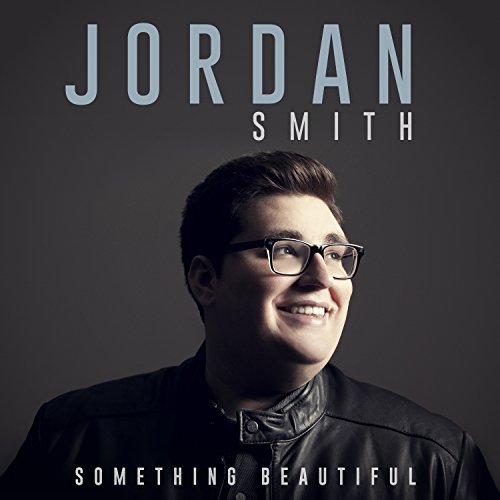 “…I want this record to inspire people. Some of these songs are about love, some are about strength, and some are about personal experiences. Music is a very powerful tool. I’m thankful and blessed to use it in order to spread hope with Something Beautiful…” Revealing to the world just how popular his music really is, where he became the best-selling artist in the history of The Voice, and also the season 9 winner of The Voice in 2015; young artist and singer/songwriter Jordan Smith recently unveiled his debut album Something Beautiful… and in my opinion the album is quite remarkable and encouraging. Even though a fair portion of these 12 honest and inspiring melodies are in fact covers, there’s still a trademark musical flair that is entirely his own embedded and infused throughout every note, making the unique project as a whole captivating to listen to. Even if you’re not a fan of The Voice, can I just try to convince you to take a quick sneak peek of what Jordan has to offer? Because vocally, he’s at the top of his game right now, and probably right now only third to both Bart Millard of MercyMe and Mark Hall of Casting Crowns in terms of vocal ability (in my opinion!)… anyway, just take a listen and see what you reckon. I know you definitely won’t be disappointed.

Usually soon after an artist wins a certain singing competition, like American or Australian Idol, or Australia, America or Britain’s Got Talent, or the X Factor; the winner’s debut album releases shortly afterwards, most of the time comprised of only one or two originals and the rest of the album are renditions of other artists’ songs. This is more or less the case with Jordan Smith’s debut album, with only 4 out of the 12 songs originally recorded by him. But out of the 8 covers, Jordan has indeed picked from a wide variety of genres, of different time periods and eras; yet everything seems uniquely ‘him’, with the unifying and constant theme throughout each of the melodies being our firm and strong identity in ourselves, and not being swayed or pressured by one thing or another.

One such song that speaks about our identity is John Newton’s “Amazing Grace”, and while Jordan does not include the additional choruses written by Chris Tomlin on his own version, what he does deliver to us is four minutes of Holy Spirit anointment wrapped up as a synth and keys led ballad with an epic orchestral crescendo and the introduction of a gospel choir near the end of the track. Declaring that Jesus’ grace was and is so amazing for us, that ‘…I once was lost, but now I’m found, was blind but now I see…’, we are presented with a clear view of the gospel, and we know Jordan’s stance in his faith in Jesus. Seeing that Something Beautiful is an album directed at the mainstream, the inclusion of such an overt praise and worship song, is bold yet clever as well. Hopefully listeners will be moved and touched, and also drawn closer to Christ. Well done Jordan for standing up for what you believe in, and not watering down your faith.

Though no other cover on this album could really compare to the explosiveness and power of this timeless hymn, there are still some necessary truths for us to hear from the other melodies. Judy Garland’s “Over The Rainbow”, famous for being sung in the 1939 film The Wizard Of Oz, imparts to us the idea and notion that ‘…somewhere, over the rainbow, skies are blue, and the dreams that you dare to dream really do come true…’, that if we really want our dreams to come to fruition, we can achieve them through working really hard, with perseverance and support from our loved ones; as Jordan majestically sings across gentle keys and synth.

While “You Are So Beautiful”, made famous by Joe Cocker, is a piano only two-minute stirring melody about the persona singing to their loved one, proclaiming that ‘…you’re everything I hoped for, you’re everything I need, you are so beautiful to me…’; and Jordan’s near flawless cover of Christina Aguilera’s “Beautiful” is probably one of the most inspiring melodies I’ve heard in a long time- it’s hard to imagine that this song is 14 years old!- as Jordan encourages us that no matter what other people say, our beauty and worth isn’t tied up in other people’s opinions, but rather our own (and by inference God’s opinion!). In a world full of distractions and people chasing after material possessions, it’s refreshing to hear songs about how true beauty goes deeper than anything on the surface, and how our own self-worth and identity isn’t based on the world’s opinion of us.

“Angel”, probably one of the most ‘religious’ or ‘spiritual’ songs on this album apart from “Amazing Grace”, is originally recorded by Sarah McLachlan, as Jordan powerfully exclaims across vibrant strings and emphatic synth that there is an ‘angel’ (aka Jesus), whom we can turn to in any circumstance; while Jordan also tackles the story of a failed relationship in the piano only “And So It Goes”, written by Billy Joel- while I am unsure as to why this particular song was chosen, maybe it was so that we can be glimpsed into what a failed relationship looks like, remembering that God our father promises us that in Him we’d never be like that persona in that relationship ever again.

Further down the tracklist, Jordan exquisitely records his inspiring version of Rhianna’s “What Now”, as he questions the meaning of life and has what most people would call an existential crisis- being unsure what to do and who to turn to in the midst of a tough spot. Not that that is what Jordan was feeling when he was recording this song, but is recording this confronting and in-your-face piano prominent and later on guitar led melody, Jordan is probably singing what quite a lot of people are feeling, that ‘…there’s no one to call ’cause I’m just playing games with them all, the more I swear I’m happy, the more that I’m feeling alone, ’cause I spent every hour just going through the motions, I can’t even get the emotions to come out…’. Well done Jordan for covering this track that to me is much needed for everyone to hear, even if it doesn’t provide clear cut answers. The final cover Jordan has selected is the bouncy, piano pop, part acoustic and part acapella epic anthem “Ain’t Got Far To Go”, written and originally recorded by Jess Glynne, chronicling how success, happiness and contentment aren’t that far away from us, depending on our perspective and what our definition of the word it- it’s a notion we can find easy to forget, and this melody is a timely reminder that happiness isn’t bought with money, a theme similar to Needtobreathe’s “Happiness”.

When you take a step back and compare Jordan’s four original recordings with the covers, it’s quite remarkable to find almost no obvious difference musically- in that Jordan sounds like a pro and a veteran singing his own songs alongside the songs of some of his music heroes. That is definitely a good thing, as we are reminded how much of an accomplished songwriter and performer Jordan is- and he’s only 22! “I Got To Be Me” tackles the topic of authenticity and loving oneself, and being secure in the identity that shouldn’t change or shake at all, as Jordan unequivocally cries out in desperation his need to be true to himself across chilling guitars and drums, and the piano only album ender “Beautiful Things” has Jorden earnestly trying to unite listeners through the common theme of all of us being beautiful things because of our differences- kudos to Jordan for trying to unite us all in a day and age where the slightest difference between two people could spark a heated argument.

Jordan also warns us against the dangers of complacency in the piano only ballad “Settle”, in which Jordan voices his honest opinion of keeping fighting until he has nothing left, that ‘…I don’t wanna settle just because I’m scared, when the lights go out and the darkness dares you to settle, I don’t wanna settle…’; yet it is the first single, Jordan’s most popular and well-received melody “Stand In The Light” that is indeed the pinnacle of the album, both lyrically and thematically. As Jordan conveys across captivating keys that being who we are and no one else is key and important in living a life to the fullest and one what people respect, we are glimpsed into one of the most vulnerable, personal and emotional songs of the year. Jordan clearly is a future star in the making, and “Stand In The Light” proves that the best is still to come for this young talented musician.

“…It’s extremely important for me to let everyone know it’s OK to be different. I feel like it’s taken a long time for me to love different parts of myself. The world is hurting and searching, because we think there are flawed parts of who we are. It’s important to accept yourself and have confidence, and then you can love others…” Though there’s nothing really much to judge Jordan Smith on, as there are only 4 originals and 8 covers (I am sure with his sophomore album sometime later on, we will be shown a more extensive repertoire of songs musically, lyrically and thematically!); what Jordan has delivered in Something Beautiful is so captivating and powerful that it deserves to be listened to again and again. Apart from an overt Christian song in “Amazing Grace”, the rest of the album can be read and interpreted as inspiring mainstream songs, applicable for people of all faiths. Though it isn’t certain which way Jordan will go, whether recording more Christian or more mainstream songs in his next effort- one thing is certain. That in whatever sphere of influence Jordan is placed in, God will ensure that he succeeds. Well done Jordan for a compelling and motivational debut. For those who have not heard this album- that needs to change now! No more needs to be said!

3 songs to listen to: Stand In The Light, Beautiful, Amazing Grace

One thought on “Jordan Smith – Something Beautiful”