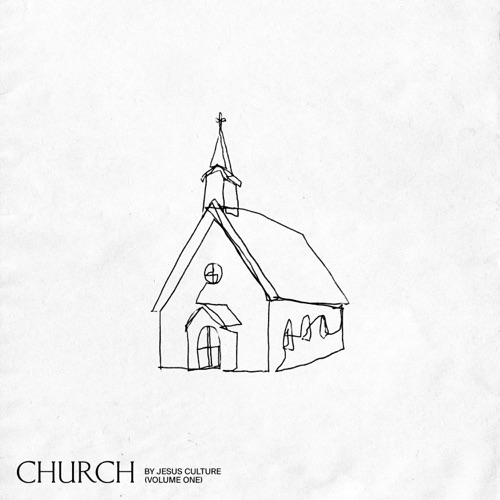 Jesus Culture is a bit of an enigma. Fronted by Kim Walker-Smith and Christ Quilala, and also featuring Bryan & Katie Torwalt, Derek Johnson and Chris McClarney; these guys do have a record of producing big, big hits which are thoroughly engaging. In the past, songs like “Your Love Never Fails”, “Come Away”, “Rooftops”, “I Want To Know You”, “Show Me Your Glory”, “Burning Ones”, “Holy Spirit”, “Pursuit”, “My Soul Longs”, “One Thing Remains”, “Miracles”, “Alive In You” and “Fierce” to name a few, have all reminded us that when the team put their mind to it, their songs can be nothing short of brilliant, as all of the aforementioned tracks are all inspiring, engaging, moving and impacting to me, both at the time they were recorded and now. And even as of a few years ago, songs like “Freedom” and “Yes and Amen” have resonated with me greatly, proving that these guys are still one of the great worship bands currently. However, of late Jesus Culture have had a misstep, and nothing is more glaring and underwhelming than the unnecessarily long and somewhat of a trainwreck (and I do mean this is the best possible way!) called Living With A Fire.

Seeing that Jesus Culture has released Church Vol 1 EP this past week, and I wanted to give my thoughts; I thought that I would revisit my Living With A Fire review. To see if I could glean any insights as to my headspace and line of thinking back then, and to see whether I could use what I had written as a backdrop for this review. Given that their last album was an utter disappointment; Chris, Kim and the others had plenty to make up for, for this release- as I needed to read Living With A Fire to see if that mess was the band at their lowest, or if they’d fall further in this release. And after a listen to the extremely long 74 minute duration of Church Vol. 1 (1 listen is more than enough for me!), while glancing through my review of the last release of Jesus Culture; I realised one thing. That sadly, unfortunately, most of the review of Living With A Fire, is accurate and true again of Church. It’s sad for such a band as talented as this to release two overall impossibly excruciating records…but that’s exactly what they have done here. With this EP dragging on for way too long- even though technically and as individual tracks, these songs are more than sound; I found myself agreeing with almost every sentiment that I wrote one and a half years ago. Let me give you all a refresher of what I said in the previous review- here’s a bit of the review word for word- as I said it pretty good last time, and I don’t really want to repeat myself for this review of Church when I essentially have the words written down already!

For some reason, Living With A Fire plays out more like a CCM album than another other Jesus Culture album, and this isn’t a good thing, considering that other worship albums this year [in 2018] were much more engaging, passionate, and compelling; even with seemingly lower production costs (Michael W. Smith’s Surrounded, ZEALAND’s Liberated, Phil Wickham’s Living Hope and I Am They’s Trial And Triumph come to mind!). That’s not to say that Jesus Culture’s album is bad outright- there are some enjoyable songs such as “Move”, “Let Love” and “Yes And Amen” from Chris McClarney; “Freedom” and “Not Afraid” from Kim Walker-Smith; and the title track and “For No Other Reason” from Chris Quilala. Yet while at a single moment in time every song on Living With A Fire are accessible and able to be sung at any church service- I find that the impact of the songs on my life aren’t much, if any. There are so many worship albums that release every year, and for Jesus Culture to release annual albums of all new songs, with maybe every song being somewhat repetitive and long-ish (average of 5 minutes or more!); what does that say about worship saturation? I reckon we’ve all reached breaking point, and in my mind and opinion, Jesus Culture is still where it was 5 years ago musically and lyrically, and that’s not a good thing.

Did it seem like I was too harsh all those years ago? Perhaps. But the fact still stands that, even though this year that songs like “Still In Control”, “Gold” and “Nothing But Good” compel and inspire and encourage, each one of these 9 tracks (the 10 minute “Insatiable” especially) deserve at least a couple of minutes shaved off just because of the fact that these songs are too long! Like before, I mentioned that as a live project you probably don’t want to shorten anything, just to be authentic and to give listeners who weren’t there on the night a chance to experience the Holy Spirit did on the night. Yet there’s a fine line between a song length that is just right and too long…and Jesus Culture was teetering on the edge last album, and is definitely over the edge on this release. I did say in the previous Living With A Fire review that the band needed to do something different than the usual live album to recapture my attention again. I suppose releasing 2 EP’s is different. But the fact that the EP is live is what gets me. I know, I know, I shouldn’t really complain. Maybe I’m just being precious. Quite probably…perhaps too picky and too choosy with my music. I mean, Jesus Culture are just doing what they’re good at, and what they’ve been good at in the past. They’re also doing what God has called them, and is probably still calling them to do. Yet I for one feel that something needs to change the status quo. Other worship bands have tried studio albums, and even if they fail, at least other bands have been courageous. I don’t see that much from Jesus Culture sadly.

Fortunately though, there is a bright spot. Amongst all of the noise and the clatter here, a song stands out amongst the calamity. “Anticipation”, co-written with Mia Fieldes, and led by Bryan & Katie Torwalt, is as refreshing and relevant a worship song as I’ve heard in recent memory. As the duo passionately reiterate the notion that as time goes by, our anticipation rises for the coming of Jesus Christ to take us into His kingdom; we are met with one of the most vulnerable worship songs of the year. A prayer for revival and awakening, “Anticipation” is sure to be on the setlists of churches everywhere on Sunday mornings in the near future for a long time! One of the few shining lights on Church Vol. 1, this track plus a few others (“Still In Control”, “Gold” and “Nothing But Good”) make this worship experience more tolerable than Living With A Fire. But only just. However Church Vol. 1 EP indeed is lacking. This album is like ‘meh’ (just like Living With A Fire), and I guess right now that’s where Jesus Culture is still right now. Maybe Church Vol. 1 EP might sound like a masterpiece when I revisit this project in about 10 years time…but I highly doubt it.

As with last year, I am still waiting for that ‘wow’ moment. And here’s a ‘shocker’ everyone! It hasn’t arrived yet! I know for a fact that releasing albums every 2-3 years and having shorter durations in tracks would refine many Jesus Culture albums and make them much more compact, dynamic and fuller. But if these guys keep churning out the same albums time and time again… well they’re going to get the same results- reviews that tell them that they’re mediocre at best. And here’s hoping that with this information, Jesus Culture use that to change things up musically in the future. An acoustic album, or a studio or covers album- something other than the live project to add variety and break up the sameness- or maybe even something radically different like rock or rap. So I will give these guys one more chance after Church Vol. 2 EP in June. One more. But if these guys still release something like Living With A Fire or Church in 2021 (perhaps they won’t cause of COVID-19, there’s currently no more live shows for the foreseeable future!); it’s definitely time to step off the bandwagon, which is a shame. And so I’ll leave you all with a statement from my previously review. I’ve summed it up very succinctly don’t you think?: Chris, Kim, if you’re reading this, please change up something quick. I love your music guys, however if next year’s material is like this year’s, you may find that me and other listeners only listening to your earlier melodies…

3 songs to listen to: Still In Control, Anticipation, Gold