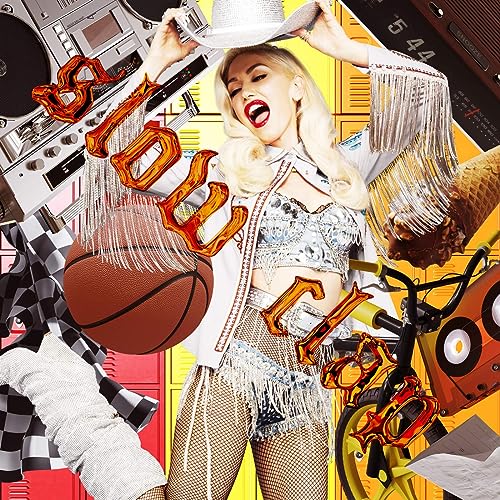 Over the past few years, I had always thought that Christian music was good, and the rest was bad. I know you are probably sick of me saying this statement… but it’s true. it’s only because of this blog series that my brother Jon has been undertaking (as well as my own offshoot of the blog series!) that I have finally come to terms with God speaking through anything that He chooses… no matter if it is a mainstream song or not. While we as a country and as a global society have felt the full force of COVID-19 last year, and while we are all looking for some inspiration and relief and encouragement and reassurance; well you’d think that would come in the form of an uplifting and inspirational Christian song, right? Well, yeah, that has happened throughout last year and this year (case in point is Crowder’s “Good God Almighty” which released at the beginning of the year, and has been super influential and inspiring throughout the past few months, as well as Matthew West’s duet with Carly Pearce in “Truth Be Told”!); however one such song that has been refreshing and a joy to listen to, despite the chaos and calamity of the world recently, is Gwen Stefani’s “Let Me Reintroduce Myself”! A straight up pop song. Let me just let that sink in for you for just a second.

Now I’ve already briefly touched upon “Let Me Reintroduce Myself” here, but let me just say once again that Gwen Stefani is an artist who has been around for a long, long while. For me to write about her history and her hit songs and what they all mean… well they’d amount to a blog length, wouldn’t you say? So I’ll let you all read about our blog about Gwen at a later date… but for all of you who eagerly want to know what this talented and respected singer has been recording over the years; well there’s Wikipedia for that! And now that you’ve all caught up, let me say that as much as I loved the song and the concept behind “Let Me Reintroduce Myself”, Gwen’s first solo pop single in 4 years (aside from Christmas releases and her country collaborations with Blake Shelton!); her follow up track “Slow Clap” is just as compelling and inspiring. Only 2 and a half minutes in length, Gwen sings about the fact that she can indeed congratulate herself for every success that has happened so far in her life- that she can be thankful and grateful and appreciative for the highs and the lows, we are reminded that we can see the world in wide eyed wonder and optimism. The song is about acknowledging greatness when there is greatness- even if it does come from yourself- and this track, though seemingly sounding arrogant, is rather quite the opposite- it’s acknowledging your strengths and knowing what you are good at, and sharing gratitude and thanks (to God?) for these gifts. With “Slow Clap” being fun, positive, bubbly and a joy to listen to; I’ve instantly become a fan of Gwen and her music. After a listen from this highly infectious and energetic pop number, how could you not be a fan after this? Complete with horns and brass instruments and musical elements alluding to ska (the genre Gwen was heavily into during her early solo days and her No Doubt band days!), as well as an abundance of hand claps; this song is one that will lift your spirits and will bring an immense smile to your face. I know it did for me! So what are you waiting for? Crank up the volume to eleven and sing out loud. It’s not as impactful as “Let Me Introduce Myself” but it does come close. So well done Gwen Stefani, I can’t wait to hear what God has in store for you next!

With this new single, Slow Clap, which was written a while, like in quarantine. It was a second song I wrote with Ross Golan and Luke Niccoli, right after Reintroduce Myself. I don’t know if you can hear it, but they’re like from the same world. When you’re working for a while, you get to go and play in these sandboxes, and Ross Golan, like who are you? He’s so talented and because I have, I’ve had all these different genres that I’m bouncing in I don’t even know where I need to be or what someone would want from me or what do I wanna be, where am I? He was like ”I woke up at 5:44am and I had this crazy idea and I sang it into my phone, then I went back to sleep and it was this idea titled Slow Clap.” And I was like you’re the weirdest guy ever. And he was like ”It’s kinda like all those movies from 80’s where you get like clap back to life.” Like yes, you’re not the underdog! You’re an awesome person! I feel like that’s the thing that happens to us, it starts in high school or actually in elementary school where you feel like you don’t fit in and sometimes your weirdness or like don’t fitinness is what makes you so special. The song is kind of about that and it’s also about wanting to just… even though I know I had my fifteen minutes in my time, wanting to kinda double dip and like just get a little bit more, why not. If they’re gonna let me, I’m gonna take it!