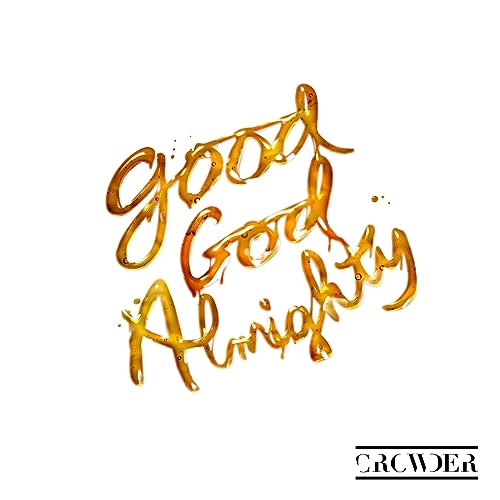 There have been many times that I’ve said it before. So this time I’ll say it again! David Crowder is an enigma. There. I’ve said it. It’s a well-known fact that you cannot put him in a box musically, as he’ll just jump right out of it and prove you wrong. Yet if you do not know who I am talking about, then I guess you need not look any further than the time in 2012- when David split from his bandmates from the band David Crowder*Band, then so soon after formed his own band titled Crowder. We may never have known why this occurred, and we all have many different viewpoints. Maybe there was animosity. Maybe his bandmates were difficult to get along with. Maybe David felt God calling him to go solo, and they split amicably. Whatever the case, what eventuated was The Digital Age (with Mark Waldrop and Mike Dodson as co-lead singers) and Crowder’s solo music ministry.

Now, don’t get me wrong, The Digital Age is a fantastic band. Evening:Morning and Galaxies are solid offerings. However the success of The Digital Age isn’t even a fraction of the fame that Crowder has felt since then- even a split from his former bandmates didn’t hinder Crowder at all, as Crowder’s continued solo albums flourished with critical and commercial acclaim. Neon Steeple was one of my favourite albums of 2014, spawning hits such as “I Am”, “Lift Your Head Weary Sinner (Chains)” and “Come As You Are”; and American Prodigal, with its hits such as “Run Devil Run”, “Forgiven”, “Back To The Garden” and “My Victory”, was one of my favourite albums of 2016, so much so that I rated the album 5/5 (you can read my review here!). Crowder also unveiled the experimental yet thoroughly resonating 3rd solo effort titled I Know A Ghost and this year he is back with his latest single “Good God Almighty”. Despite a misstep and a hiccup in the remix EP Night Like This; “Good God Almighty” is a solid return to form from a highly respected and inspiring artist. So objectively speaking, is this release comparable to his other singles this year such as releases from Tim McGraw (“Undivided”), Hunter Hayes (“The One That Got Away”), Cain and Zach Williams (“Rise Up [Lazarus]”), and Tauren Wells (“All God’s Children”) to name a few?

“Good God Almighty” is a 3 minute fusion between worship, rock and southern gospel- a marriage of genres that wouldn’t normally work. But this is Crowder– and he’s never been one to shy away from music experimentation. The result is a track that is forever etched into our memories… for the right reasons. I think I’ve listened to this track 10 times already. This song is one that I’ll never be bored of, and with a gospel choir added in around the bridge for effect and added depth, Crowder has indeed in my opinion created one of his most inspiring and compelling tracks ever. So there’s nothing much to say about this song- except that we all need to ‘…praise Him in the morning, praise Him in the noon time, praise Him when the sun goes down, love Him in the morning, love Him in the noon time, love Him when the sun goes down…’

With “Good God Almighty” set to be a fan favourite and a massive hit in the next few months; Crowder remains one of the most progressive, experimental and encouraging worship artists ever, as he continues to play his music in an era without the DC*B- and here’s hoping that there are many more albums in the future from the talented singer/songwriter. Time and time again, Crowder has reminded us that a band break up isn’t gonna hold him down. In fact, I reckon he’s just getting started. So what are you waiting for, pick up some Crowder (“Good God Almighty” as well as I Know A Ghost and/or “All My Hope” single and/or American Prodigal and/or Neon Steeple– yep, his whole discography!!), and let’s have a party with some banjos and harmonica, shall we? Maybe with some Steve-3PO as the drummer as well!