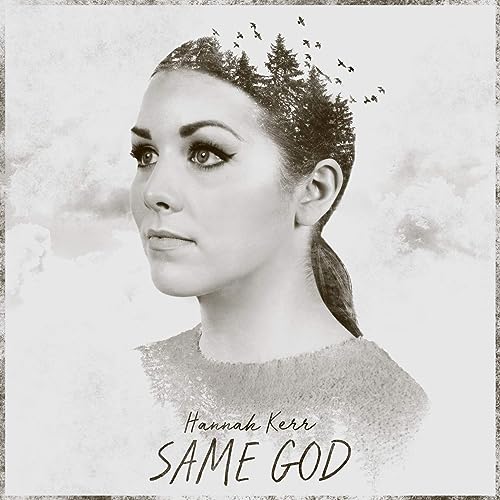 I’ve said this before but I will still firmly say it again- Hannah Kerr is one of today’s most underrated CCM/worship artists in my opinion. Even though her 2016 debut album Overflow (which we reviewed here!) garnered hits such as “I Stand Here”, “Undivided”, “Warrior” and “Radiate” to name a few, Hannah’s name isn’t recognised still. Though at 24 years old, she still has enough time on her hands to forge a following and a big enough fan base in the future for her to be more well-known. Yet though Hannah is underrated, it doesn’t mean her music is by any means second-rate. In fact, I would say that you guys all should watch out for Hannah- because, she has released an EP in 2019, that is heartfelt as it is honest, personal and emotional (read our review of Listen More here!)… while Hannah has since unveiled her brand new inspirational single “Same God” to digital outlets this past week.

A piano ballad, this mid tempo worship song is as vulnerable as you can get this year, as Hannah fervently relays to us that ‘…You’re the same God, You’re with me in the middle of it all, God, You’re catching every tear as it falls, I know You’ll never change, even when I’m feeling far away, You love me the same, God…’, and as we dwell upon God’s sameness throughout all time, and His constant reliability and dependability, we can also remember that God always keeps His promises, that the same God the raised Jesus from the dead lives in us so that we can have new life abundant in Him and Him alone. As Hannah ardently sings her heart out and fervently declares that Jesus’s love for us never wavers; we are inspired to worship the same God as well, the one who is the same yesterday, today and forever!

Hannah Kerr’s introduction into CCM in 2016 with her debut 11 song project is nothing short of poignant and heartfelt. With her musical style similar somewhat to Casting Crowns in quite possibly every way, it is nonetheless her fervent enthusiasm and passion for the Kingdom, that will definitely propel her to new heights in months to come. With “Same God” being one of my favourite songs of the year thus far; any fan of worship music and/or CCM will love this new track, and will also be eagerly anticipating Hannah’s brand-new album to be released at a later date. Well done Hannah for such an encouraging and compelling melody. Already looking forward to the next release, be it another single or an EP or a full-length album, whenever it arises.