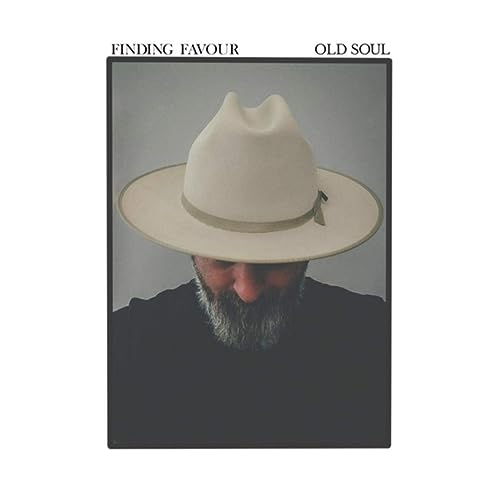 Around 6 years ago (that’s 2013 for all of your maths nerds out there!), we were glimpsed into whom I reckon is one of today’s most underrated bands, and probably one of the future’s most promising CCM bands. As TobyMac endorsed Finding Favour (who were signed onto his label Gotee Records!), the band are making a name for themselves in a big way. Having released their self-titled EP digitally in March 2013 and the physical copy in May 2013, followed by their first full length debut album Reborn in June 2015; the band unveiled the ‘full length’ sophomore album Farewell Fear in 2017. I say ‘full length’ because it’s only 8 songs long (well 10 songs if you include the intro and the outro lasting for about 1 minute each!)- it is a ‘sophomore slump’ in every sense of the word, however the passion and energy of Blake’s vocals overshadows any of the shortcomings, including a short album duration; in my honest opinion. You can read my review of Farewell Fear in full, but we’re not here to discuss that album. Yep, that’s right, it’s time to check out my thoughts on “Old Soul”, the brand-new single off an unnamed album to be released sometime this year.

When I say the name Finding Favour, I’m guessing you’ll probably conjure up a band full of joy, hope, optimism, life, vitality, energy and just overall poppy goodness. Well that’s probably what goes through your mind when listening to heartfelt and poignant singles and hit songs that they’ve previously such as “It Is Well”, “Mountains Must Move”, “Refuge”, “Cast My Cares”, “Feels Like The First Time”, “Say Amen” and “Shake The Well”. “Old Soul”, though, flips the genre that we all know to be Finding Favour on its head. As a song, it’s pretty good given that lead singer Blake goes deep lyrically so quickly into the track. As a first single though, I’m sure that listeners may not fully grasp the enormity of what Blake is singing about. Because of such heavy material talked about here- and given that it’s the first single (which is supposed to be poppier and primed for radio more!). might we hear an introspective and reflective album from these guys next? Perhaps. And that’s not necessarily a bad thing. Not at all.

See at first glance, “Old Soul” is a bit odd and I originally dismissed the track as another slow-paced ballad with not much lyrical gems and treasures. But on multiple listens, I have figured out that this song is as layered and as lyrically rich as some of Andrew Peterson’s tracks. As Blake wrestles with his identity as a child of God, there’s a lot of that searching that’s evident in the lyrics, but as Blakes comes to the realisation that ‘…I’ve got an old soul and my roots run deep, yeah I’m just a good ol’ boy and God’s been good to me…’, we can come to the realisation that Jesus has always been good to us. And further to that; that wherever we are at in our lives, we needn’t fear as Jesus is right with us, guiding us every step into what we perceive as the unknown, but what is really His ultimate plan to bring His name into the world and to ensure that we live a life to the full and a life pointing to Jesus as the only One to give us complete satisfaction!

It took a while for me to appreciate this ‘light-country themed’ song, but as like the debut EP and the debut full length album, as well as Farewell Fear; TobyMac has got it right once again- Finding Favour is a band to watch out for, and it’s evident that from “Old Soul”, that they’re experimenting in different genres than what we’re used to. Musically this track is a bit from left field, but I reckon that “Old Soul” is just what is needed from Blake and his friends, as we delve into the concept of knowing our identity in Christ. Well done guys, you deserve the acclaim!