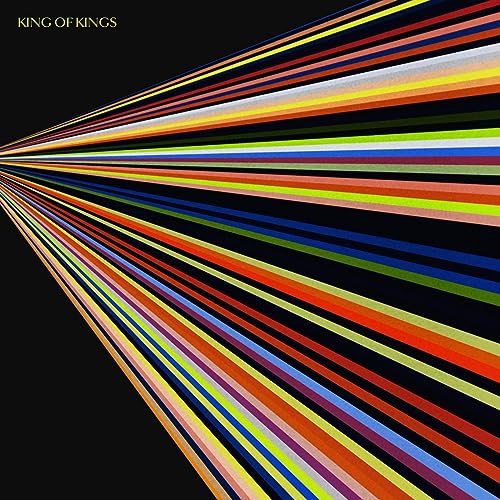 Here’s an assertion that I reckon is pretty spot on, in my own opinion. Hillsong Church is probably one of the most well-known, popular, inspirational, loved, hated, controversial, and much needed churches/bands/institutions ever. All of these adjectives at the same time, you ask? Well…yes. In short, Hillsong and all of its incarnations have encouraged many, and have angered much more. Yet even as a divisive international entity, the biggest church in Australia still offer so much hope to the world, that it’s hard not to be floored in a good way, and amazed at the group’s musical endeavours. Particularly Hillsong Worship of late, we have “What A Beautiful Name” and “Who You Say I Am” each breaking records on radio and changing lives- each of them well deserving of their spots on the annual Wow Hits albums- and now let us dive into the latest single “King Of Kings”. While you can read about all things Hillsong here, here and here; let me just mention as we quickly dive in that since the group’s inception in the 90’s, this ever-revolving young worship team (now with worship leaders Brooke Ligertwood, Reuben Morgan, Joel Houston, Jad Gillies, Matt Crocker, Taya Smith and more), with massive hearts for Jesus, have carried on the church’s mission and vision to lift the name of Jesus above all others. Time and time again the worship movement soars to the top of the Christian charts, and their songs are probably the most sung in churches around the world, even though at times I may roll my eyes at some of their cheesy lyrics. But in my opinion, with the modern hymn-like “King Of Kings” and quasi-sequel to “In Christ Alone”, the band has shown me to be still lyrically relevant in today’s somewhat already-saturated worship music market. So let us see how the group’s most recent offering sounds like to me, just under one and a half years out from when There Is More released!

There’s nothing much to say about “King Of Kings” that can’t already by evidenced from listening to the song. Led by Brooke Ligertwood, and written by Jason Ingram, I feel like this song will be BIG. And I mean BIG. Like bigger than “What A Beautiful Name” BIG. How about bigger than “Reckless Love” (Cory Asbury) or “You Say” (Lauren Daigle)? Nah, not yet. But the fact still stands that we may have a modern worship hymn in the making. Personally I reckon this song could have probably released around Easter time with much more weight and significance, given that the subject matter is about Jesus’ death and resurrection. But other than that, it’s a near-flawless song. The timing of the release is just me being nit-picky, because the impact of such a Holy Spirit-anointed track goes beyond when songs are released; so in case it wasn’t clear before, let me make it abundantly crystal, that “King Of Kings”, alongside “Greater Than All My Regrets” by Tenth Avenue North, is one of my favourite songs of the year! Don’t believe me? Listen and be amazed!

It isn’t known whether Hillsong Worship will retire (my guess is that they’ll keep going, and eventually phase out older members and introduce newer worship leaders, resulting in eventually a brand-new movement); however, I think personally that their best is yet to come! “Kings Of Kings” is proof of that, and it’s because of this song alone that I’m excited for their next album! Even though I do enjoy the Hillsong United albums better than the Live counterparts (really, what is the difference besides a few worship leaders on one and others on the other?); the megachurch is are a force to be reckoned with, both in CCM and worship. They make the 3-4-albums-a-year aspect work, and if they stick with what they know, then it will definitely work for them in the future! Personally, I reckon “King Of Kings” is as good as Hillsong have ever been, and I’ll be eagerly awaiting more future projects in the coming months! Well, I guess now it’s time to re-listen to III and People by Y&F and UNITED respectively; don’t you reckon?