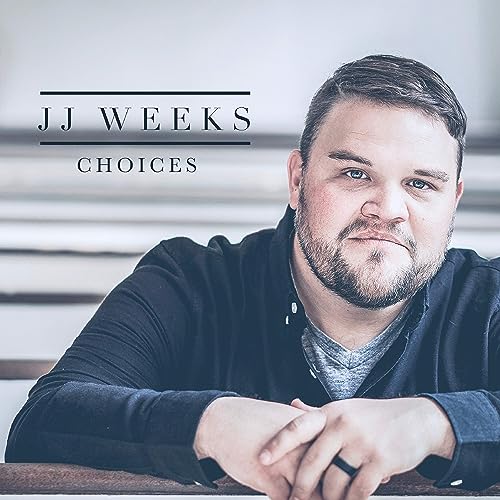 Probably one of the most personal, emotional, honest and inspirational stories that I’ve ever heard about over the past year was the story of the brokenness and the subsequent rebuilding of JJ Weeks’ trust in Jesus. The former lead singer of the band aptly titled JJ Weeks Band; JJ was at the centre of a few successful albums (and a few hit singles as well, such as “Count Them All”, “Rooftops”, “Let Them See You”, “Higher”, “Alive In Me”, “What Kind Of Love” and “All Over The World” to name a few)…so to me it was unexpected when the band quietly broke up last year, shortly after the single “Fool’s Gold” released. Fast forward til now, and we have an amazing and encouraging comeback single from JJ as a solo artist. “Days Like These” was reviewed by my brother Jon, so I won’t go into all of that backstory (for that you have to read Jon’s review here!) but let me tell you that JJ’s track from last year is one of the most inspiring and honest of 2018. Now that we’ve established that ever-true fact, let’s move on, shall we? To JJ’s second single “Choices”. And if you could call “Days Like These” as being flawless, then the best word to describe “Choices” would be lacklustre.

There’s nothing wrong with the song on its own. “Choices” is catchy, hopeful and lyrically repetitive, which isn’t good for the listeners in terms of their ability to enjoy such a track, but it is good for radio! But when comparing a solid track to an excellent one, guess which one is going to fall short? Yep, you’re absolutely right! Both of JJ’s solo songs are poles apart, and even though both are singles I reckon “Choices” was written with the intention of it being a single, while “Days Like These” was written with no expectation. I’m not sure if that was how it all unfolded, but my guess on the matter is that “Choices” suffers from trying too hard to be a pop song, whether that is intentional or not. Don’t get me wrong, JJ is still an excellent songwriter and a powerful vocalist. But I reckon a better song choice demonstrating what he has to offer to us vocally is in his band material rather than “Choices”. There’s only so much you can do in 2 and a half minutes.

What is next for JJ? A reunion with his band mates or forging on himself as a solo artist? I don’t really know, but his story is too compelling for me not to want to root for him and follow his journey, wherever God takes him. For now, we are blessed to hear the songs “Choices” and “Days Like These” since JJ’s rebirth of sorts, and even if you don’t resonate with “Choices” like I have, let us still champion the underdog and believe in the redemptive power of Jesus Christ. Whenever JJ’s new album releases (as a solo artist or as a band), I will gladly take a look at and encourage you all to listen. Until then, perhaps we can give “Choices” another listen. If it’s still just as uninteresting, then another listen to “Days Like These” is a must!