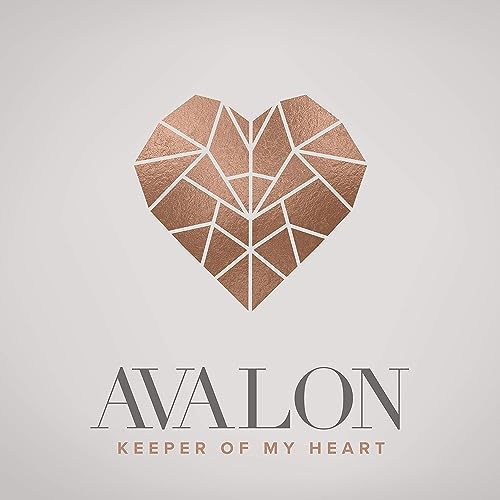 What do you say about a band who has had all the hits, all of the accolades, that has toured the globe, that has done everything they could possibly do to further the kingdom of God? What do you say about a band with smash hits such as “Can’t Live A Day”, “In Not Of”, “Wonder Why”, “Undeniably You”, “You Were There”, “I Wanna Be With You”, “Adonai”, “Love Won’t Leave You”, “Still My God”, “I Don’t Wanna Go” and “Testify To Love” (to name a few)? What do you really say about the band that has already been given praises and awards? Avalon has been around since the 90’s, has had plenty of member changes (see Wikipedia), yet has still forged on and created songs of praise to God, that are heartfelt, honest and personal, yet relevant and inspiring also. Yet out of nowhere in 2009, these guys dropped of the CCM scene. Until now. “Keeper Of My Heart” released last week, via Red Street Records (Rascal Flatts’ guitarist Jay DeMarcus’s new label!), so how does their sound, well…sound like, compared to all of the bands that have started their careers and are at the height of their popularity all while Avalon was on hiatus? Is “Keeper Of My Heart” relevant or is it dated and not needed?

Well in my opinion, not much needs to be said about this song. It’s a worship song at its core, with all four vocalists (Janna, Greg, Jody and Dani- but mainly Greg in this song!) blending in and singing in harmony quite perfectly and exquisitely. Effortless in their vocal delivery, “Keeper Of My Heart” may not reinvent the pop/CCM wheel musically, but it does its job quite nicely, providing us with a catchy tune to be stuck in our heads, all the while with an important message lyrically, that Jesus is the Keeper of our hearts- the One who holds us all together…and it’s that thought that should encourage and comfort. A thoroughly enjoyable track which isn’t necessarily my favourite Avalon song (nor even my favourite track of 2019!), the song is still solid as it reintroduces me to Avalon, and that’s always a good thing!

What is next for our awesome foursome? For Janna, Greg, Jody and Dani? Well, I’m not sure. The release of their new album Called of course, and probably touring after that. Beyond all of the promotion, is anybody’s guess. Until such a time as Called releases though, we can listen to “Keeper Of My Heart” many times over. And then we can go back and revisit all of their greatest hits. So well done guys for your return to CCM, we have all missed you! Please don’t go again!