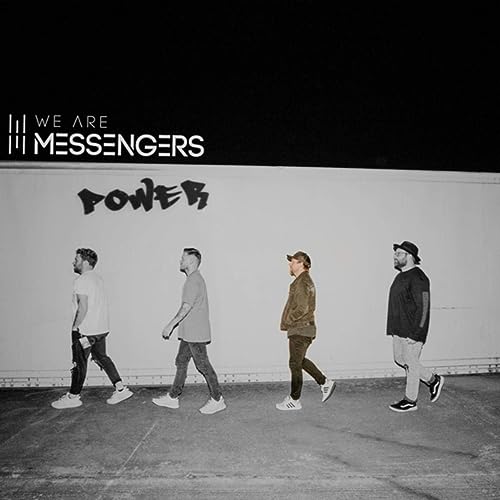 We Are Messengers, comprising of lead singer Darren Mulligan, drummer Drew, guitarist Kyle and bassist Drake; have had a stellar run in terms of popularity and momentum following their debut album in 2016. Previously recording as The Remission Flow, Darren split up the band and then later on reformed as We Are Messengers with wife Heidi in 2015. What did result was an instant radio splash, as well as a committed and devoted fanbase and following at live shows. As Darren and his comrades continuously strive to point listeners and fans to Jesus, the author of life and our Everything; We Are Messengers, signed to Word Label Group (and now Curb Records); released their self-titled debut 14 track album way back in 2015, with the hit singles “Everything Comes Alive”, “Magnify” and “Point To You”. Now, more than three years later, Darren and co. released Honest EP (of which you can read my review right here!). Though one might feel cheated that they’d have to wait 3 years for ‘a measly 6 songs’, Honest EP doesn’t feel like a chore or a drag- I still reckon that these songs are the most carefully crafted since Tenth Avenue North’s controversial and confronting The Things We’ve Been Afraid To Say. But while some artists would milk a release like Honest and a single like “Maybe It’s Ok” until us listeners are sick of the songs; what Darren and his friends are doing now, is to unveil to us a brand-new song. “Power” released last week…and boy is it a summer/winter jam for us to move our heads to.

A rock track at heart, We Are Messengers have delivered a ‘mainstream’-like song in “Power”. It doesn’t mention Jesus at all, and could have been recorded by a mainstream band like Daughtry or Lifehouse, with just as much passion, poignancy and relevancy. Which probably says quite a bit about the power of this song (see my pun?)- “Power” is God anointed and Holy Spirit breathed; and even though this song may hit the mainstream and be impacting to people from all walks of life, “Power” has its roots in Christian music. “Power” subtly speaks about God’s unending power, and it is with this song that I am positive that we as Christians can believe that we can make it through this life- with the power of Jesus Christ in us and working through us. “Power” could have easily fit on Honest EP. But as I reckon this song is just as inspiring and powerful as “Maybe It’s Ok”, and given that the group wanted to highlight “Maybe It’s Ok” as the first single of Honest and give it room for the listeners to connect with the track; perhaps it’s fitting for “Power” to release separately just for us to fully grasp the enormity of what is being conveyed here.

Clearly the band is on a high after Kyle Williams’ song “Just Getting Started” was chosen to be recorded by Aloe Blacc for the movie Hobbs and Shaw; and here’s hoping that if the band are moving into the mainstream and are scaling greater heights that way, that they would never comprise on their message of hope and redemption, and that they would hopefully find more avenues to preach the gospel to every creature on earth. And as I finish listening to this exquisite and unique listening experience that is “Power”; there is only one thing left to do, and that’s to press repeat. Truly, Darren, his wife, and his band of spiritual brothers have created something special. Though it’s not as enjoyable as Rend Collective (the other Irish band I am loving at the moment!) it’s still worth a listen, as I pause, sit, ponder and reflect upon what Jesus has done for me through His power in us and through us. I can’t wait to hear the full album #2 from We Are Messengers, whenever that arises! Keep up the good work guys!