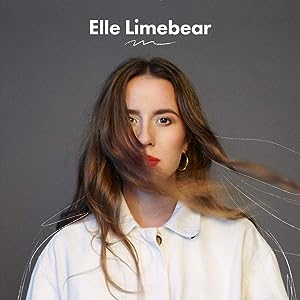 Daughter of ex-Delirious? frontman and now successful solo artist Martin Smith, Elle Limebear has created a name for herself over the last year or so, when it was evident that Elle decided to follow suit and become a music artist just like her father. Though her father was initially part of a band when Delirious? decided to unveil their first projects; Elle has decided to start off her career as a solo artist. Signing to the label house of Provident Label Group (the same label house as many other artists like Casting Crowns, Zach Williams, Tauren Wells, Tenth Avenue North, I AM THEY, Matt Maher and One Sonic Society, to name a few), Elle and her music is certain to be enjoyed by people who have been fans of her father’s band Delirious? all these years, or even other similar sounding artists like Rend Collective, Kari Jobe and Philippa Hanna. Since releasing a flurry of singles throughout last year and this year, Elle has since released an EP aptly titled Elle Limebear EP, consisting of 6 songs (5 released throughout 2018 and 2019, and one new track). With songs on her EP like ‘Love Song’, ‘Holding Me Still’ and ‘Call On Your Name’, along with the new song ‘Fly’; these melodies are some of the most emotive and heartfelt worship songs I’ve heard in recent memory, and at times, I could totally see any one of these songs slide right into a Delirious? set list, and it would seamlessly transition between tracks like no one would even notice.

‘Love Song’, marketed as a One Sonic Society single (with Elle on vocals, as both Paul Mabury and Jason Ingram play instruments on the track and in the music video), features a lot of layered vocals and electronics, and is plagued by a little bit of repetition of the chorus, but it is Elle’s powerful and refreshing vocals that save the song, quite literally. The message of the track is nothing new- Sarah Reeves unveiled a similar themed track in ‘I Love You’ featuring Kirk Franklin last year, that is thematically similar to this new one from Elle, yet, somehow, I feel that this melody, be it the music or the power of the vocals, is captivating and emotive, something that can and certainly is lacking in and amongst CCM worship circles at the moment. ‘Holding Me Still’ is the EP’s first official single, and speaks of our God who is holding us, being personal and intimate with all of His human creation; while ‘Call on Your Name’ also is a highlight, as Elle uses this song as a cry to the Lord, calling on His name to come alleviate her of her fears and worries.

Initially released as part of Bright City’s album back in 2017 (a worship movement in the U.K. similar in music style to Soul Survivor); ‘Maker Of The Moon’ is a song that reminds us all what true worship is really like; and gives us a new song to sing in a season that often requires one. Not that there’s anything against older-style songs, it’s just that such a song like Elle’s is certainly one that will resonate positively with people, especially those who are indeed searching for a new worship song to connect with, for whatever reason. ‘Find Me At Your Feet’ is a much more radio friendly track, and though the song for me didn’t resonate that much compared to the rest; the song nevertheless is about a theme and topic that is important in society- coming to the Lord as we are, knowing full well that He searches more for our hearts rather than the outward expression of what we believe we can give to Him. ‘Fly’ is the EP’s new song, as Elle imparts a theme of God taking our burdens away from us, so much so that it feels like we’re flying high with the strength God gives that we need to live this life.

Elle’s future in music looks very bright. Elle has followed in her father’s footsteps, and though even now, not many people may know she is Martin Smith’s daughter; Elle has nevertheless crafted a sound that, while sounding similar to Delirious?, has a unique atmosphere and style that can be akin to something Delirious? but also being something unique and different as well. Do we know when Elle is out with a full album, that builds upon this EP? We don’t, but till then, let us all enjoy these six songs from Elle, songs that can remind ourselves that the atmosphere of Delirious? and their style of music can still live on, in what Elle has undertaken and her future music, whenever that may be!

3 songs to listen to: Holding Me Still, Call On Your Name, Maker of the Moon