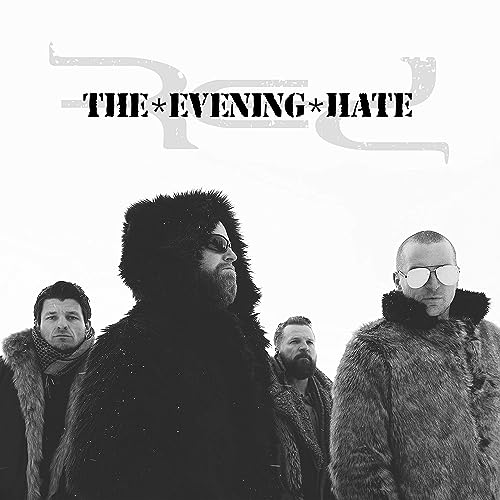 I’ve gotta be honest with you guys, I’m not really a fan of hard, hard rock. That’s not to say I don’t appreciate a few songs here and there, but overall in a general sense, this particular genre doesn’t speak to me that much. Yet for some reason, I can’t stop spinning the latest hard rock single “The Evening Hate” from RED.

Now you may have heard of the CCM band RED, who crossed over into mainstream music quite early in their career, and have been creating punchy and energetic rock anthems since 2006. Or maybe they had always been in both the mainstream and Christian markets? I don’t know for sure. However regardless of which genre Michael Barnes and his friends want to be associated with, the fact remains that these guys have created plenty of head-bangers, and plenty of softer ballads coupled with lyrical moments of genius! Songs like “Already Over”, “Breathe Into Me”, “Never Be The Same”, “Prefect Life”, “Death Of Me”, “Hold Me Now”, “Take Me Over”, “Release The Panic”, “Not Alone”, “Faceless”, “Gone”, and “Still Alive (Looking For A Reason)” have all graced our ears and have all ministered to each one of us in many different ways (or maybe not at all, which is fine…different tastes for different people!). And with “The Evening Hate” already making waves among RED fans, it seems like the inspiration continues well into this year, as these guys prep for a new upcoming album.

“The Evening Hate” probably cannot be delved into and explored lyrically until each one of us has seen the cinematic 14 minute music video. In the video (which I won’t spoil that much!), the band are in a state of war and struggling against an unseen enemy presumably in an apocalyptic future like Revolution or The Walking Dead. That’s all I can really say about the video, yet what I will say as I finish up this ‘review’ of sorts, is to say that the concept of allowing oneself to feel even pain and hate, allowing ourselves to feel emotions that have been buried for so long inside our own ‘evenings’ can be very cathartic and therapeautic. With regard to whether these feelings are healthy and in line with what Jesus has best for us; well that’s another story. But at least RED has opened up discussion for heavy topics, and for that I commend and applaud them.

I still won’t be as much of a fan of RED as the next guy. However with this release I may cautiously anticipate their next album, and possibly could revisit the band’s discography thus far in full. And if “The Evening Hate” can make a fan out of me (maybe in 2-3 years!), then this song definitely has done it’s job! Well done guys, can’t wait to see more cinematic videos in the future as well as your upcoming new album!