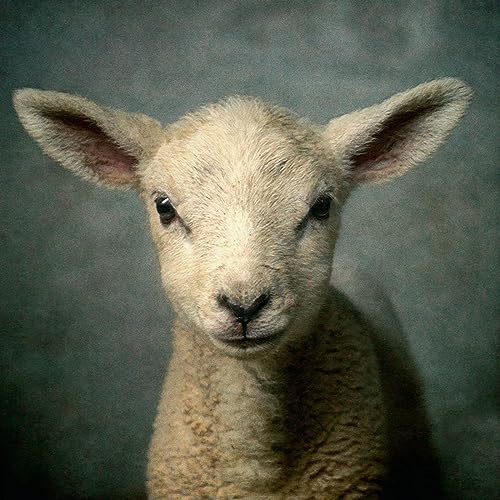 With a great volume of high quality and not so high quality worship bands and solo artists out there; the competition is extremely fierce and there is quite a standard as well- as groups like Hillsong (all facets!), Planetshakers, Vertical Worship, Bethel Music, Jesus Culture and Passion all deliver high quality worship albums year in and year out (for the most part); not to mention solo artists like Chris Tomlin, Matt Redman, Tim Hughes, Phil Wickham, Kari Jobe, Meredith Andrews, Crowder and Paul Baloche to name a few. Creating probably something of a worship saturation point from all of these many artists churning out the album releases; does the addition of another worship movement/band create an unnecessary movement, or a challenge for new and existing bands to rise up and become more creative and inventive with their songs, musically and lyrically? What exactly makes a band like Elevation Worship so special, particularly since their main lead singers Mack Brock and London Gatch left the group a little while back?

Taken verbatim from my review of Elevation Worship and Maverick City Music’s Old Church Basement from last year, this introduction is probably quite consistent with how I feel about Elevation Worship generally. They’re another worship band in the sea of worship bands. Some would say that they’ve got screwy theology in the sense that they’re probably elevating some non-essentials to be essential in the doctrine of Christianity. And with the recent controversy of pastor Steven Furtick’s son (who is a youth pastor) singing about sex and drugs… well, that’s something to have a discussion about, that’s for sure! But what about their music arm? Their songs are still poignant, moving and inspiring. And thus… there is a dichotomy here and something that we all need to reconcile with. Sure, they’re a band that doesn’t get things perfect. But when has perceived screwy theology (or actual screwy theology) ever stopped God and Him working for our good through flawed people? With Old Church Basement being one of the most cohesive albums ever- yep even more so than Graves Into Gardens and Hallelujah Here Below; I’d say that this is no mean feat for the group to release yet another full length album after both Mack Brock and London Gatch have left to pursue solo careers. Yet in light of this development, Old Church Basement stands tall amongst quite a lot of worship albums from this year- both Elevation Worship and Maverick City Music deserve to be congratulated, and to be proud of themselves. However, this isn’t a rehash ‘review’ of something I’ve previously written. For Elevation Worship recently unveiled the latest live album LION. Released less than a year after Old Church Basement, one could argue that these guys are just manufacturing songs left, right and centre. Whatever your view on this group… you do have to agree that they’re all massively talented. Yet does that talent translate into powerful, theologically sound songs for the church, for people to sing on Sunday mornings? Sadly though, I found great parts of LION lacking for me, in every aspect. But if you love it, go right ahead and jam out to these melodies. There’s nothing technically and objectively wrong with these songs. But I do not connect with quite a number of them, and these guys have come to a point where their past discography will probably sound infinitely better than anything they release in the future.

Opening with the stirring and rousing “Bye Bye Babylon”, the melody features The Valley Boys, and has the group declaring that we all can say goodbye to Babylon and walk in the freedom God has promised us. It’s a song that is probably a little bit too specific to be sung in church, and to me I didn’t feel this track at all as an opener; however, this low-key acoustic type track may be your cup of tea, and that’s ok. The anthemic and powerful “What I See”, with Chris Brown, follows, and has the group entertaining and putting on a show. Lyrically, the song addresses the resurrection and is biblically correct, however to me there’s still something about this song that feels off. There’s a lot of lyrics here about feelings and what we see and what we sense… and though that can be evidence of a song being about the prophetic, what others could perceive is that this track could be speaking about miracles and signs and wonders ‘happening’ because they are being conjured up be people and that ‘worship feeling’ rather than God actually being in it. Am I being too cynical? Maybe. Regardless, this song didn’t really do anything for me either- and there isn’t any wow factor as well.

The rest of the album, personally, meanders along, except for a few standouts that save this album from embarrassment. In fact, I zoned out several times, and I checked multiple times to see whether this was really Elevation Worship… because these guys who recorded “Do It Again” and “O Come To The Altar” are better than this. “Same God”, with Jonsal Barrientes, a piano ballad, is as earnest as it is passionate, with the lyrics proclaiming that ‘…I’m calling on the God of Jacob, whose love endures through generations, I know that You will keep Your covenant, I’m calling on the God of Moses, the One who opened up the ocean, I need You now to do the same thing for me, for me, for me…’; however I find that this 8 minute track (it’s way too long!) sounds like we’re treating God like a genie in a bottle ready to fulfil everything we want rather than what He wants. I’ll admit though, this song does have passion and a firm belief that God will do miracles for us when we ask. But it’s that surety and certainty that has me scratching my head, as this song seems to indicate that God will perform miracles for us at will and that He will always heal and always show signs and wonders. But does He really have to do that? Or is He still God if He doesn’t for some reason? Similarly, the title track also gives me alarm bells. Led by Brandon Lake and Chris Brown, the track is an anthemic, powerful melody, yet the live video reveals maybe more of a performance that we might think- it’s a song that is suitable for a concert but definitely not on a Sunday morning in my own opinion. Thankfully, “This Is The Kingdom”, led by Pat Barrett, is an album highlight, as the Sermon on the Mount and the Beatitudes are reimagined into a powerful, moving, inspiring, thought-provoking and moving 14 minute song (although it’s still way too long to keep any of us interested!).

The acoustic guitar driven ballad “Dancing”, with Joe L Barnes and Tiffany Hudson, is a weird song to be included here, as it’s not a song about Jesus at all, but about two people declaring their love for each other. It would do well on an Ed Sheeran album, but doesn’t fit at all here… and that’s not saying this song is bad, but just that it doesn’t fit. “Water Is Wild”, a rousing and declaratory worship anthem, speaks about the healing power of the Living Water of Jesus, yet to me songs like “Holy Water” (We The Kingdom), “The River” (Carman), “Let It Rain” (Michael W. Smith) and “River Of Life” (Mac Powell) each deliver the concept of water in worship oh so infinitely better than this melody. “Welcome Resurrection”, a rare album highlight, is a hymn like piano led ballad led by Chris Brown (and written by Danny Gokey and Cody Carnes), and a song that we all can sing and proclaim in a Sunday morning service- and to me, this track is probably my most favourite from the band on this project. It’s a rare moment of uninhibited and unfiltered raw worship and praise to our Father… and though I’m not doubting the sincerity of the rest of LION, it seems like this track sounds like less of a performance and more of an authentic and vulnerable worship experience, like this album should sound like. “Forever YHWH”, a piano ballad, is next, and is led by Tiffany Hudson, with this stirring and poignant ballad being another track that I’ve enjoyed- a simple yet effective worship song to our Father (similar in theme to Amy Grant’s “El Shaddai”); while “No One” with Chandler Moore, is a gospel like melody that Chris Tomlin and already covered- you can read Jon’s thoughts about this song here, as these are my thoughts about this song as well. It’s a solid song, but there’s still something lacking here… The free worship/spontaneous melody “You Really Are”, led by Chandler Moore and Tiffany Hudson, is next, and drags on for more than 8 minutes… which has me shaking my head- a spontaneous song cannot be that long, can it?

Led by Chris Brown and Tiffany Hudson leading vocals, with a guest appearance by long-time Elevation Worship collaborator Brandon Lake; this worship anthem hits all of the right notes technically; but I reckon this song is extremely sloppy lyrically. There’s repetition galore here, and hardly any lyrics that ‘wow’ me. Relaying that ‘it might get loud’ because we’re praising Jesus, but singers Chris, Tiffany and Brandon never going further than that lyrically… it’s quite frustrating because I know that these guys are better than this. The previous three full length albums is enough evidence of much better songwriting. But as it stands, “Might Get Loud” and many others on LION, might actually never ever be listened to again by myself, unless I have a change of heart. Which I probably won’t.

To release a live album 9 months after another live album, and still during a time where Omicron is raging on and on, seems to be a bit like rubbing it in all of our faces, reminding us all that ‘hey we had this you-beaut worship service that none of you can go to now- and since some of you are on lockdown and we’re not (because we’re vaccinated), let me put it in your face that you couldn’t go to this awesome concert! Sucks for you!’. And… that is exactly how it feels and how it looks in this song. In the live music video, no one is social distancing. And it may be because everyone at the service was vaccinated, and everyone had the booster shot… but it’s still not a good look when millions are still dying from COVID-19. While the band still on the rise though, and many songs recently expected to propel Elevation Worship to even greater heights, and also with Brandon Lake being an unofficial member of the group; it seems that Elevation Worship are doing just fine without Mack and London. Sure, they will miss these guys because of their experience and the worship leading ability, however we must have faith in the ‘newer’ guys that Jesus would guide their steps in respect to leading people in worship. Though this album as a whole does feel like a let-down… perhaps their next album on the whole will be better? With the group’s next album definitely ebing sometime in 2023 (I’ve love to hear an acoustic album or a Christmas album?), let us hope and pray that the awesome music that was present in the previous three albums continue. But if it’s more like LION, then listening to forthcoming Elevation Worship albums might be out of the question for me. So… hopefully this project is a tiny hiccup. Can I tentatively say ‘bring on the next album sometime in 2023!’?

3 songs to listen to: This Is The Kingdom, Welcome Resurrection, Forever YHWH