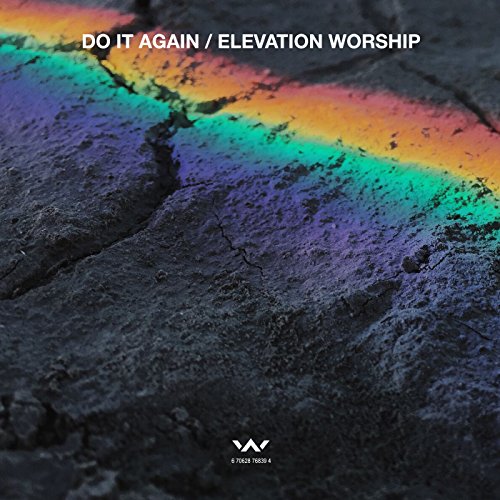 Elevation Worship, quite a relatively new-ish band (or worship movement, or collective…), are the latest to have successfully broken into the CCM radio, not an easy feat by any means for worship artists. For artists like Chris Tomlin, Matt Redman, Crowder, Kari Jobe, Meredith Andrews, Kristian Stanfill, Christy Nockels, Rend Collective and others, their time on the Billboard Christian music charts have been since long, long ago, and it is only recently that Hillsong Worship and Hillsong UNITED have joined them- with “What A Beautiful Name” and “Oceans” respectively. Now, despite boasting numerous worship albums, Elevation Worship has entered into the charts, and I reckon they won’t be going anywhere anytime soon. “O Come To The Altar” was a big surprise last year- as a radio hit, as well as being on WOW Hits 2018 (and you can read our review of the EP here!), and now we are treated to yet another surprise single song 5 track EP. Do It Again EP celebrates the popularity of “Do It Again” on radio, with 5 versions of the same track!

Using a similar framework to their O Come To The Altar EP which released last year; the offerings here is the original live recording, their new studio radio version, as well as a ‘reprise’ version, an acoustic version and a Spanish version. And while for some it may seem like overkill, in the sense that a project with 5 versions of the same song can sound boring and irritating after a while; I for one am thoroughly engaged with this track, that I reckon that maybe 5 versions is not enough! Driven by stirring keys and explosive guitars, this mid-tempo ballad gently reminds us that Jesus has won the battle once, and that He can do it again. A declaration of promise and assurance that ‘…Your promise still stands, great is Your faithfulness, faithfulness, I’m still in Your hands, this is my confidence, You’ve never failed me yet…’; we are presented with an anthem for the ages, and one that we can proclaim and sing out, especially in times of trouble to remember that Jesus is ever working, all the time, even if we do not always see the effects immediately. Easily accessible and able to be used as a worship melody in church, Elevation Worship have presented a vibrant, relatable and relevant song that is as honest, personal and emotional in many different formats. While each version is unique, hearing “Do It Again” has encouraged me to check out There Is A Cloud, Here As In Heaven and the rest of Elevation Worship’s discography.

While the band is still on the rise, expect “Do It Again” to propel Elevation Worship to even greater heights than “O Come To The Altar” last year. Though the band haven’t delivered as much tracks that are as popular as songs from other artists (with the exception of tracks like “Give Me Faith” and “O Come To The Altar”), I am predicting “Do It Again” to be the song that makes the band. And helps them rise to the highest of heights that Jesus wants them to climb. Well done Elevation Worship for this song, one of my favourites of this year/last year. Bring on the next album sometime this year/early next year!