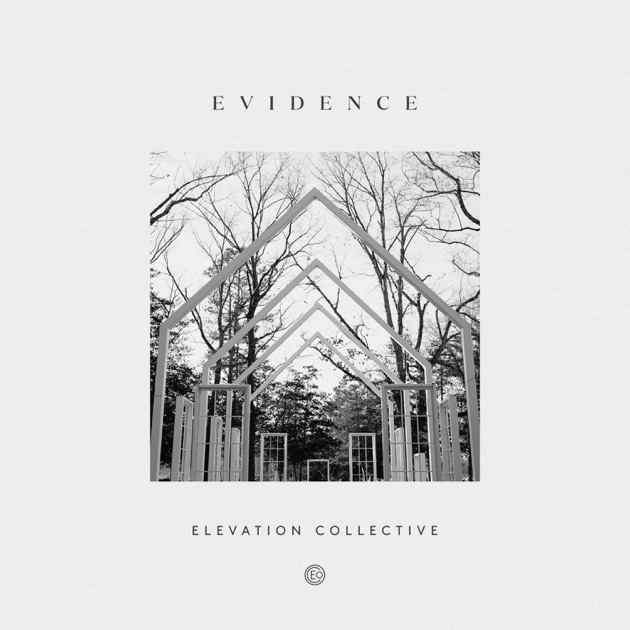 Elevation Worship has made quite a name for themselves in the recent months, as radio has suddenly picked them up, with the success of “O Come To The Altar” and more recently “Do It Again”. But anyone who’s in the know in terms of worship, and a lover of all Elevation Worship music, knows that the band have been making music for years. Music like Hillsong Worship and Planetshakers, the band have released one album per year, for a number of years now. This year, we would have probably expected yet another live album from these guys, probably around 15-20 tracks (as per usual), given that Here As In Heaven and There Is A Cloud were critical successes and were received quite positively amongst worshippers and fans alike. Yet, I think right now you can put 10 points for creativity for the band here, as this new release Evidence, is marketed as an album by Elevation Collective. Yep, you heard that right. This mini-album of sorts (8 tracks, with 2 of them being spontaneous free worship melodies and refrains- so that’s only 6 songs!) contains the band’s biggest hits, and is a ‘bare bones skeletal greatest hits EP’ if you want to call it anything. So why the fuss? Why release it at all if it’s songs we know already? Well, the band re-recorded all of these songs, and here’s the best thing- every song features a guest vocalist. Now did that get you all fired up to hear Evidence?

Boasting the exquisite and flawless guest vocal talents of Israel Houghton, The Walls Group, Sherretta Ivey, Tye Tribbett, Travis Greene, Kierra Sheard and Tasha Cobbs Leonard, this project is unique and one of a kind, as these heartfelt worship anthems are turned into inspiring gospel renditions that are some of my favourite versions of worship favourites ever. And also some of my favourite worship songs ever. Which is testament to both Elevation Worship, and the guest vocalists. This fact alone that I have come to the conclusion of, reminds me also that it doesn’t matter the artist of a powerful and impacting song, so long as it glorifies Jesus and points people to Him. With “Do It Again”, “Resurrecting” and “O Come To The Altar” being my absolute favourites on this release (as well as my favourite Elevation Worship songs ever, closely followed by “Give Me Faith” and “Open Up Our Eyes”!); this is a project that you need to hear in order the experience, and experience today- you may find your favourite worship song, or anthem of 2018 in the process. As the band fervently and powerfully declare truth after truth, technically flawless yet also providing us with raw emotion and celebratory joy, not often heard in worship music; I reckon Evidence will be near the top of my list for ‘fav worship albums of the year’ at the end of the year (which may or may not mean that I am going to post the list of fav albums of the year according to genre; I’ll leave that for the Dove Awards!).

While the band is still on the rise, Evidence is sure to propel Elevation Worship to even greater heights than their hit singles “Do It Again” and “O Come To The Altar”. Though the band haven’t delivered as much tracks that are as popular as songs from other artists, I am predicting potential listeners will tune in because of the guest vocalists, and leave loving Elevation Worship, their songwriting and their worship leading. This release will also be beneficial to the guest vocalists as well (actually, there are a few of these artists, namely Tasha, Travis and Kierra, whom I am planning to check out the rest of their discographies!), so what are you guys waiting for? Check out the album on Spotify, and let me know your favourite tracks!

3 songs to listen to: Do It Again, O Come To The Altar, Resurrecting