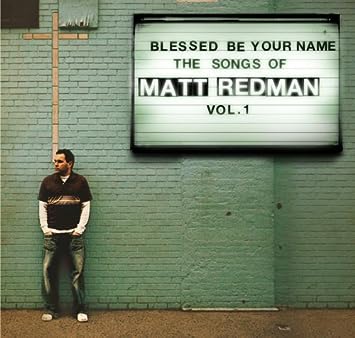 So, you have clicked on this link, and started to read expecting me to talk about MercyMe, and their hit single “I Can Only Imagine”, right? I mean, the much anticipated movie based on Bart Millard’s life released to cinemas today, so why wouldn’t I talk about how Almost There has shaped my life? Well, I’ve decided to change things around, and save that post for a later date (once I’ve seen the movie!)- and this week I’ll quickly outline a few incidents that occurred over the past few weeks that have reaffirmed my love for another album from this list of 52.

The other day my hard drive stopped working. My hard drive of 2 terabytes. Well, stopped working isn’t the right word; more like there was info present on the hard drive, but for some reason, I had my access to view all of the files revoked. I’m not sure how my access was denied, but for some reason it was. And for one day, I had no access to many of my important files that I needed at the time. The next day, mum brought the hard drive to her work, and that night it was fixed. But the ordeal, no matter how short it was, made me think- what if my hard drive really was broken?

There have been a few days throughout the past few years, where the internet has been playing up and acting out, each time for maybe 10-20 minutes. In one sitting, sometimes we’d have no internet for around half an hour, and sometimes the regularity of these occurrences would increase and increase (maybe 3-4 times within a couple of weeks). And while every time we’d wait it out, and eventually, the internet would be back up again, the question still remained of what would happen if the internet was really broken and couldn’t be fixed.

In both these two instances, with my ‘broken’ hard drive being a personal issue, and the ‘broken’ internet, being a personal and a more widespread suburb or city issue, there was a period of time where I was living without access to something I had access to most of my life. And it was foreign. To think that prior to the turn of this century, most of everything that I come across in my day to day existence probably was not invented, or hadn’t even been thought of; just boggles the mind. Yet that is true. For me and for all of us. Everything we do now, whether it is being on the computer, or on our phones, or watching TV, or driving in our cars, or speaking to Siri and Google Home; technology has advanced so much since our parents were kids, and then again since their parents were kids. This is not a griping session, but just something I thought is a prevalent topic, that I reckon needs to be discussed. That the people of this generation do not know how to be apart from their electronic devices.

Sometimes we try to justify ourselves. That we’re reading the Bible on our phones, listening to Christian music on our computers, and doing Bible studies on our iPads, so really, it all can’t be that bad, right? I mean, everything in moderation, huh? Well…sometimes we may think that we’re fine, but our reliance on a particular thing is truly tested once that thing that we’re obsessed with or addicted to is taken away. Back when phones, computers and electronics weren’t invented, people had other stuff they did for entertainment and fun, so what is wrong with society now? Are we so heavily dependent on someone else telling us how to feel and how to act that we’ve forgotten how it is to be truly alive?

Without the internet, without computers, how would we live? Would we live freer? Or more oppressed? Would we give God glory, or would we complain about our ‘lack’ of the things we think we should have (but also the thing that God knows we need a break from!)? As I thought about these things during the times the internet went down, and during the time when I thought that I wouldn’t have a hard drive for a very long time, my heart was drawn to an album, that I have loved listening to for a very long time.

Matt Redman, a British singer/songwriter and worship leader, is one of my favourite worship artists ever, and his greatest hits project Blessed Be Your Name would have to be one of my favourite albums of his ever, and definitely the most influential. Not just because it contains 12 of Matt’s greatest hits rerecorded in a live setting, as we worship a God so brilliant, so perfect, so wonderful, that we cannot help but give Him infinite praise; but also because it shows Matt singing to God in a vulnerable setting, and worshipping in the sense that this is all that there is. Worshipping God because He is God, is the pinnacle, the apex, the reason we do what we do; and in a few of Matt’s songs, especially “The Heart Of Worship” and “Better Is One Day”, Matt alludes to the fact that when everything else in our lives are gone, what is left is Jesus, and even then we should still praise Him, because He is God. Matt reminds us that better is one day in the presence of Jesus, than a thousand days on our computers, than a thousand days in front of our screens, than a thousand days trying to make our name more famous; while he also highlights the fact that the heart of worship is about Jesus, and not about everything else- Jesus remains when everything (and I mean everything, including technology!) is stripped away.

But there is really one reason why I like Matt’s album, and it’s because there is “Blessed Be Your Name” present. The song with the controversial verses, that state that we should bless God’s name ‘…when I’m found in the desert place, though I walk through the wilderness…on the road marked with suffering, though there’s pain in the offering…’, and the controversial bridge, which states that ‘…You give and take away, my heart will choose to say, Lord blessed be Your name…’, reminds us that Jesus is always with us no matter what. During the good times and the bad times. When we’re happy and when we’re sad. Even when we don’t feel like we can, or even want to, acknowledge Him. And that’s ok. While at this moment in time we may not be able to ‘bless God’s name for our suffering’ (how can we really and truly thank God for the bad times?), I am positive that there will be a time in our lives when God makes everything clearer for us, and we can appreciate the hard times more, because that was when we grew the most as people.

Going back to my example earlier with the ‘broken’ internet or my ‘broken’ hard drive, some things I could have done instead of worry about the worst case scenario, was to pray and give everything to God, or put on relaxing music (like songs from Matt Redman), that speaks to the truth of who God is, giving me reassurance that He is in control. And some things that I can do in the future if similar issues come up, is to just maybe be a bit more philosophical and logical, not to mention giving things over to God as well.

So now that you know the secret to quality Christian living (apart from maybe stepping away from technology every once in a while, because it may rob your soul more than it needs to!); let us all take a look at out lives, and figure out which areas we are super reliant and dependent on, instead of being focused to surrender to Jesus. Maybe the area’s music, maybe it’s the internet and computers, maybe it’s a toxic relationship, or our warped idea of self-worth that needs to be found in the affirmations that family members tell us. Whatever it is, why don’t we surrender everything to God?- and I’m talking to myself here as well! Let’s surrender everything, let us take a step back from what is making us feel numb inside (more of ten than not, it is technology!) and examine our hearts, asking God to change us from the inside out!

Is there something in our life that has gotten a hold of you so much that you think you are placing your importance on that more than God? Do you think you can, without hesitation, boldly declare ‘blessed be Your name’ in the face of tragedy and immense disappointment? Let us know in the comments below!

One thought on “FLASHBACK FRIDAYS: WEEK 7 (Blessed Be Your Name by Matt Redman)- How Over-Reliance on Technology can Lead to Detrimental Effects”