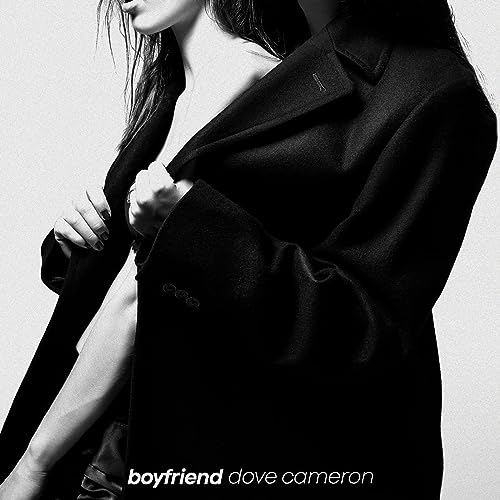 If there’s one thing that staying at home in 2020 and 2021 (due to COVID-19) has given me that has deeply benefitted me as a person, and has deeply enriched my well-being, it’s this. That over the last year or so, I have grown in my music listening and that over the past while I’ve realised that God uses any type of music to inspire us. Yes even music that I’ve previously disliked, yes even music that on the surface doesn’t seem to be glorifying to Him. God can and does use it all- and this profound realisation throughout the time that I have been writing my blog series has prompted me to explore more and more artists from a variety of genres. And while I still am holding firm to the essential doctrines of Christianity, this doesn’t mean that I can’t listen to a mainstream song. This doesn’t mean that I’m not ‘saved’ if I listen to a mainstream song. And therein brings me to this next artist- Dove Cameron. An artist who by all accounts is an up-and-coming artist, and an artist that is sure to blow up in the coming months and years.

I first heard about Dove Cameron when I saw the movies The Descendants. I reviewed the movies series here (so there’s no point in me rehashing old ground!), however what I will say is that I ended up more intrigued about some of the actor’s music projects and other projects (inclusive of Sofia Carson’s solo material and acting work, and China McClain’s role in Black Lightning!) than any potential future Descendants new movie or TV show or special. We’ve reviewed a number of Sofia Carson singles here; but the time is now to explore Dove’s solo music. While we reviewed Dove’s two songs “We Belong” and “LazyBaby” here last year, these two songs and the rest of her discography (a number of singles) have been scrubbed from the internet. And I do mean scrubbed. No Spotify links nor music video links nor Apple Music links nor Amazon mp3 links. The die-hard Dove Cameron fans will know these songs and music videos of “We Belong” “Lazy Baby” and others like “Bloodshot”, “Waste”, “So Good”, “Out Of Touch” and “Remember Me” which can’t be viewed or listened to anymore. The casual fan of Dove, like myself, probably will be somewhat sad, but not by a great amount. It’s possible these songs are being re-written and/or re-recorded for a new project down the line. Or Dove doesn’t like these songs anymore and is pretending that they don’t exist. And so, while we wait and some of us eagerly anticipate something new-ish (like an album or an EP) that may or may not encompass her past singles… let us listen to and examine the one song that is on the internet- “Boyfriend”.

When I first heard both “We Belong” and “LazyBaby”, I was intrigued… but because the songs were marked as ‘explicit’ on Apple Music, I felt somewhat guilty for listening to these tracks. However when I looked past the expletives (and this isn’t a rule of thumb- you shouldn’t listen to explicit songs and look past all of the swear words… it probably isn’t that healthy for you spiritually!); the result was me finding an artist that is honest, emotional, vulnerable, authentic and one which God has used (in my opinion!) to be a light for the world and to provide comfort and healing. Now before I voice my own opinion on Dove only available song “Boyfriend”, let me say that if you want a song that sings about Jesus, this isn’t it. If you want a song that is about real life and the messiness and complexities of relationships and everything else in between… then this track is for you. If you want to listen to an artist who praises Jesus, then Dove isn’t it. But if you’re willing to hear a perspective from someone with a different view to your own that can reaffirm your own viewpoints or challenge them, then Dove is perfect for you. “Boyfriend” is about Dove’s sexuality (she’s confirmed to be queer according to Wikipedia), and is on the surface an empowerment anthem about the LGBTQIA+ community. A song that on the surface champions queer relationships; Dove sings about ‘being a better boyfriend’ than the current boyfriend of the girl she’s having a crush on or the girl she’s having a one-night stand with. On the surface, this song, though a melody about owning your own sexuality, which is by and large a positive song according to the world; should really have nothing edifying to say, given that I myself and maybe all of you are believers and Christians and are listening to songs about Jesus. Yet there’s still something about this song that draws me in. Dove says in the song that she could be a better boyfriend than ‘him’. Is this a challenge to the men to step up and be firm men of God and to man up and to be more attune to women and their feelings and their wants and their needs? Is “Boyfriend” a challenge to the men, so that the women can see how they can and should rise up and how they can be considerate of women and their needs? Sure, this song could just be about women loving other women. But if this song helps men be real men and to look in the mirror and to fix our faults, not just to win the approval of women but just for our own self-development… then can a song that can make men wake up, be bad at all? Maybe, maybe not. Am I reading too much into this song?

For some of you, Dove Cameron’s music is maybe too intense or out there. Maybe it’s the swear words that are too much for you. However, I have found God to me working through Dove as she sings about relatable topics and sings about her journey and her experiences. If you’re not into pop like this then by all means, pass on by. Yet let me say take the plunge once. And see how God moves. You may be surprised how much you resonate with “Boyfriend” (and “We Belong” or “LazyBaby” if you can find them!). So well done Dove, I can’t wait to hear what’s in store for your debut album, whenever it arises! Hopefully the past songs that are now erased somehow find their way back to the public as well!