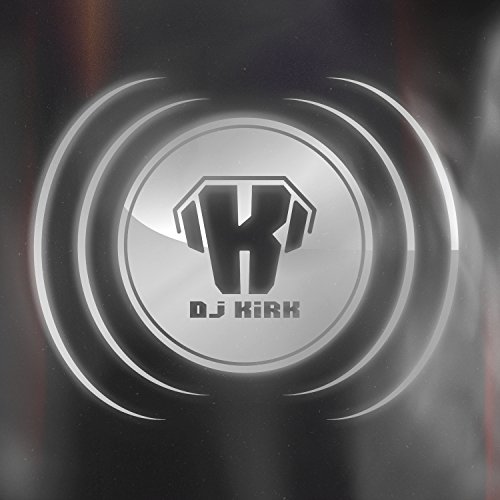 Dream Label Group has always been one of the labels that has signed the underdogs, the up and coming artists, and artists that do not necessarily receive as high profile coverage. Artists such as like We Are Leo, Soulfire Revolution, Saint Esprit, Jasmine Hurtado, Curt Anderson, Darrell Evans, Abigail Duhon all recently signed to the label- together with veterans Satellites and Sirens, Cindy Cruse Radcliff, Jonathan Thulin, David Thulin and Warr Acres, we are presented with a vibrant and eclectic snapshot of a musically diverse and unique group of artists. Now Dream Label Group has unveiled a new project from a relatively new artist- DJ Kirk, through the electronic arm of the label- DROM REcords. Similar to David Thulin in that Kirk is a DJ and a producer, and doesn’t sing at all on his projects, but rather features guest vocals, or creates instrumental musical remix-y masterpieces, Kirk isn’t really new, given that he released his debut Dream Label Group project Awakening last year. However, it is this new sophomore project, the self-titled EP releasing in a few days, that I reckon will put DJ Kirk on the map, and give him the recognition he deserves as a music composer and as a young man on fire for Jesus. Featuring ‘remixes’ of tracks from 5 of the most exciting and new up and coming artists this year (I say ‘remixes’ because we all know each of these 5 songs are going to be recorded in a future as studio versions…am I right?); DJ Kirk’s brand new EP is something that we all need to check out, and sing to the Lord about as we glorify His name!

Opening with a strong synth and electronic bass beat and pulsating drums, “You’re The One” features the powerful and beautiful vocals of Jacquelyn Walters, and is essentially a worship song, as we are presented with the knowledge that Jesus is the One that we are all longing for. As Jacquelyn ardently recounts that ‘…You’re the One I’m after, the One I’m after, the One I crave, You’re the One I’m chasing, the One I’m chasing, with You I’ll stay, You make me come alive…’ against a stirring and engaging backdrop of captivating remix and dance effects suitable for dancing and moving our feet to, I can’t help but marvel at the talent of Jacquelyn, whom I reckon is sure to be in the music business for a long time- kudos to DJ Kirk for having a hand in presenting listeners with new artists to listen to.

Another relatively new artist featured here is Avari, with “Never Was”. Known as Amber Adams (and having recorded a song with David Thulin on Reconstruction Vol 2.2 a while ago) before changing her professional stage name to Avari last year, “Never Was” is a haunting, emotional and personal ballad led by keys and loads of remix effects. A relationship type song where the persona sings to the person they broke up with, that ‘…losing you has awakened me, I never knew I could be this free, and God knows that this was meant to be, cause I’m not enough, I’m not enough, I’m not enough for you, I never was…’; we are encouraged to actively be rid ourselves of any destructive relationships in our lives, and only focus on those which are positive and ones that build us up. While never really explicitly saying that Jesus is the One who believes that each one of us is enough for Him, we are presented with questions to wrestle with here, and for that fact alone, Avari and DJ Kirk ought to be congratulated.

The final three tracks bring to focus back to worship. Abigail Duhon is set to release her debut full length self-titled album next month via Dream Label Group, and perhaps “Unfailing Love” is the lead single? Regardless, DJ Kirk’s version of the worship melody that declares that Jesus’ unfailing and unending love is enough for us (and also shows us Abigail’s impressive vocal range in the chorus!), is a joy to listen to as I marvel at Abigail’s big heart for Jesus complemented with soaring synth and Kirk’s captivating and stirring electronic programming. While the tracks that I am most impressed with are melodies from ex-1GN lead singers Carmen Justice and Kayli.

While at the beginning of the year I was kinda in disbelief at Carmen’s departure from 1GN, and had held out some slim hope of a reunion, these two extremely catchy pop melodies sort of spell the end of 1GN in the clearest way. However, that does not mean that these two songs are bad, or that if you like these songs, then you must hate 1GN. Quite the opposite. Carmen’s and Kayli’s solo material is so engaging, and I can’t wait to hear what they do as solo artists in the future. But I also loved 1GN when they were active- each band is there for a season. Lamenting aside… Carmen offers up the piano pop Owl City-esque groovy track “All Of Me” (which could be a single from a new EP or album?), which basically is a declaration of the fact that we can give all of ourselves to Jesus because of everything He has done for us, featuring Carmen at her brilliant best vocally (I love this track better than Flaming Arrows, just because of the passion and simplicity yet also effectiveness of these ever-true lyrics!); while DJ Kirk collaborates with Kayli for the last track in “Can’t Wait To Meet You”, the EP’s first single, which basically a love song to Jesus, telling Him that we can’t wait to know more and more of the One who has saved our souls. Though a tad repetitive, “Can’t Wait To Meet You” reminds us that He is the only One who can and will fulfil our lives that will be true satisfaction. Though the song could also be interpreted as Kayli singing to her future spouse, it’s fitting at DJ Kirk ended the EP here, reminding us all of who we are living this life for- the One who made the stars and all of heaven and earth.

What more can I say about DJ Kirk’s inspiring and musically different self-titled sophomore EP that I haven’t mentioned already? While it seems that I have focused on the 5 vocalists in this EP, without DJ Kirk, none of these renditions would be possible, so hats off to his remix/DJ/producer abilities (I won’t pretend to know the intricacies of what Kirk does, but instead will marvel at how it all comes together in a beautiful melody!) Though at times the critic in me says ‘we’ve heard all of these themes and music before!’, with electronic artists like David Thulin and Matthew Parker, not to mention Owl City doing his thing; the listener in me just enjoys the music, and worships God along with Kirk. So is this an album that makes me say ‘go and buy the album as soon as you can, when it releases at the end of the week?’. Yes it is, if only to hear what 1GN sound like when they are apart! Hopefully Lauryn Taylor releases a solo song/project as well! Well done Kirk for a memorable sophomore album; I can’t wait for future releases!

3 songs to listen to: Never Was, All Of Me, Can’t Wait To Meet You