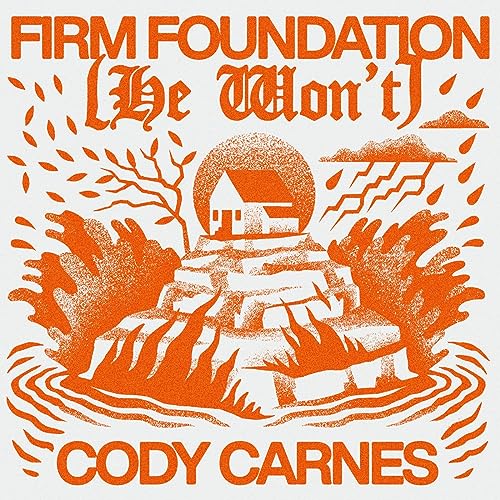 A while ago I reviewed my first Cody Carnes worship album. This worship leader has been around for a while and became famous through his song “The Cross Has The Final Word”. Yet for me, Jon has always reviewed his music, inclusive of The Darker The Night / The Brighter The Morning and Run To The Father. Cody is an earnest, honest, emotive and vulnerable guy, and his songs always reach into the deepest parts of our soul. Unfortunately, though, my first foray into reviewing his music was the deluxe edition of Run To The Father, which I vehemently disliked as a whole. Not because of the songs but because of the way it was marketed and the timeliness. Cody subsequently then released his brand-new single “Firm Foundation (He Won’t)” late last year… and as such, I guess you could say that this- right here and right now- is my first time being exposed to his music- a new song- with the intention of voicing my honest opinions. So… shall I give Cody a wide leash or not?

The long and short of it is that “Fire Foundation (He Won’t)”, is a song that we all need to hear. Catchy in its delivery, and poppy in its musical style; it is the lyrics that really hit home for me. With Cody passionately and ardently relaying that ‘…Christ is my firm foundation, the Rock on which I stand, when everything around me is shaking, I’ve never been more glad that I put my faith in Jesus, ’cause He’s never let me down, He’s faithful through generations, so why would He fail now?…’; we are presented with a melody full of biblical truth and a song that should be a hit on Sunday mornings at church. A track that will bring Cody into the forefront of the worship market; more than that this should be a track that will bring people closer to Jesus. While Run To The Father (Deluxe) was a miss personally, “Firm Foundation (He Won’t)” is a hit and a perfect way to usher us into a new era of Cody Carnes. Cody’s next album may or may not be coming soon. Regardless, “Firm Foundation (He Won’t)” will be the perfect addition to music playlists all around the world within the next few weeks and months!