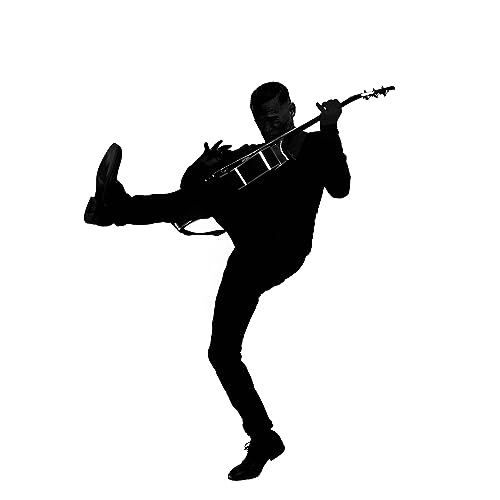 Bryan Adams is a living legend. There’s no doubt about that. Just check out my blog about Bryan that I wrote around a few years ago, and then check out the site’s review of Bryan’s latest studio album, So Happy It Hurts here. And so…now that we are all caught up with all things Bryan, let’s just say that his ‘new’ album Classic seems a little odd, to say the least. While I do appreciate the sentiment of this ‘new’ 8 track album as a whole, Classic on the surface feels like a redundant move by Bryan. But…then we look back at someone like Taylor Swift, who’s been re-recording albums as well (Fearless: Taylor’s Version as well as RED: Taylor’s Version), and one has to think- is Bryan doing the exact same thing? Seems like it. Bryan is iconic as it is, and while he’s still relatively popular even now, his height of popularity was more in the 1980s and 1990s, with songs like ‘Summer of 69’, ‘Heaven’, ‘Run to You’, ‘Everything I Do (I Do It For You)’, ‘Have You Ever Really Loved a Woman’, ’18 Till I Die’, ‘Please Forgive Me’, and ‘Cloud No. 9’, to name a few, that arose during the 80s and 90s decades. So…in light of that popularity, does it really seem that ‘left-field’ if, after the release of So Happy It Hurts, there is the release of Classic, comprising of 8 songs from said 80s and 90s, redone and re-recorded by Bryan to ‘modernise’ the songs for the generation of today? It seems unfortunate that these days, artists are re-recording their music, on the basis that they don’t officially own their masters, after all this time. But alas…here we are- Bryan undertaking something that was undertaken already by Taylor (Fearless (Taylor’s Version) and RED (Taylor’s Version) are just the beginning)…maybe we’ll get Reckless (Bryan’s Version) in the near future? Though only 8 songs, there’s already talk of a second volume to this Classic idea. Till such a thing happens, let us enjoy songs of yesteryear re-done- we’ll love this nostalgic and timeless album if we’ve been a fan of Bryan’s older material, a fan of the 1980s music period, or both.

This ‘album’ if you will, doesn’t need that much ‘analysis’, if at all. These 8 songs stand on their own, period- especially the songs ‘Heaven’, ‘Run to You’, ‘Please Forgive Me’, ‘Everything I Do’ and ‘Summer of 69’. Standing at 8 songs, Bryan’s been able to recreate fan favourites, with little to no deviation from the original recordings (except for an extended outro in ‘Everything I Do’ as well as an instrumental as an add-on to ‘Summer of 69’- ending the song properly instead of a fade-out in the original). It’s the precision of these recordings, years later, that makes me continue to admire Bryan’s craft- in fact, hearing these re-recorded songs played over and over in some cases (especially with songs like ‘Summer of 69’ and ‘Everything I Do’), I’ve at times forgotten that these tracks were in fact re-recordings- that’s how similarly uncanny these re-recordings are, compared to the originals. Bryan’s songs are indeed timeless- ‘Everything I Do’, is by far I reckon, one of the most powerful and inspirational songs of the 1990s, while ‘Summer of 69’ is a genuine 1980s feel-good anthem. ‘Heaven’ stands the test of time, nearly 40 years later, while the re-recording of ‘Run to You’ sounds just as poignant and compelling as the original did, all those years ago as well. There will be a Classic Pt 2 coming later on, so maybe we’ll hear songs like ‘Cloud No. 9’, ‘Have You Ever Really Loved a Woman’, ‘All For Love’, ’18 Till I Die’, plus some more, redone? I guess we’ll see in a few months, but until then, we’ll just settle for listening to these songs from Classic; and be reminded of just how much we really enjoy a song like ‘Everything I Do’, or how much of a guilty pleasure ‘Summer of 69’ really is for us. Well done Bryan for these 8 songs re-done. Looking forward to Classic Vol. 2 whenever that arises.

‘…I put out my own versions of all the “Pretty Woman” songs, and I’ve recorded eight of my classic songs, re-recorded them — I’ve done a Taylor Swift? I was in the process of renegotiating with Universal (Music Group) and they wouldn’t give anything back. I said, “OK, if you don’t want to give them back, I’ll make new ones.” It was incredible fun. I’m gonna call the album “Classic,” maybe Part 1 ‘cause there’ll be a Part 2 I’ll finish up this year. This is all part of the fun I’ve been having. I love the way (“So Happy It Hurts”) came out, so much so that I wanted to continue just recording ‘cause I felt like we were in a groove, and let’s just keep going. So, I’ve got a lot of music coming out this year — get ready!…’

‘…I loved singing with Taylor [on ‘Summer of 69’ in 2018], in fact I believe it’s the best version of the song since the original recording. She and I have been in a similar situation lately with our master recordings. My record company wasn’t interested in negotiating the return of my early masters, so I’ve done what she has done to re-record my early songs again. I’m releasing a few in March, so thanks Taylor…’

3 songs to listen to: Everything I Do, Please Forgive Me, Heaven