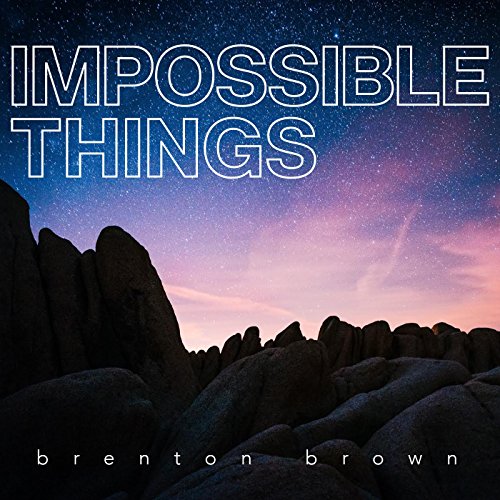 Brenton Brown has always been the guy where other people would record songs he has written before he himself. Think about it with songs gone past. ‘Glorious’ (Paul Baloche), ‘Word of God’ (Veritical Church Band), ‘Because of Your Love’ (Paul Baloche), ‘Soul on Fire’ (Third Day), ‘The Lion and the Lamb’ (Leeland), ‘Everlasting God’ (Chris Tomlin) and ‘Worthy of Your Name’ (Sean Curran) are just some of the songs Brenton has written over the years. And almost all of them, with the exceptions of ‘Soul On Fire’, ‘Worthy of Your Name’ and ‘Lion and the Lamb’ (all of which haven’t been recorded yet), have been recorded by other artists before him. Not that there’s anything wrong with that, it’s just that Brenton can often seem like the forgotten worship artist. The artist whose songs are famous more so by the other guy who has written with him (and recorded it first!). Nevertheless, Brenton has had an impacting career in worship music, and is now ready to release some new material. In fact, according to Brenton himself, ‘…starting this month I’ll be releasing my new record one song at a time every four weeks for the whole of this next year! To say that I am super excited about this record would be to lowball the facts. I’m amping!!! The cast of writers on this record are ridiculous! Leeland, Brian Johnson, Chris Tomlin, Pat Barrett, Audrey Assad, Mac Powell, Jason Upton, Jason Ingram, Matt Maher – just to name a few…’ So this new song ‘Impossible Things’ (featured on Chris Tomlin’s Never Lose Sight in 2016) is the first of many that are releasing one each month up until album release date sometime in 2018.

Originally from South Africa, Brenton’s take on ‘Impossible Things’ is very much different from Chris’s interpretation of the track. Full of electronic keyboards and a heavy EDM presence; we are presented with something very different and uniquely crafted compared to anything that has been done within the Christian worship industry at this current moment. I mean, sure there’s been a lot of worship acts that have come and gone, but all in all, virtually all of them, with the exception of a few here and there, sound very similar. Enter in Brenton Brown’s ‘Impossible Things’, which really blows everything out of the water in terms of expectations of worship music. While the original version by Chris (and Danny Gokey as a guest vocal) seemed a little too CCM-like, feeling forced and flat at times (though I’m sure it wasn’t Chris’ intention), Brenton’s re-imagining feels a lot more organic and fresh, combining a similar structure that you would have with any worship song and adding into it a EDM presence, one which is lacking very much within the CCM industry…which is sad. Rarely have I seen, apart from artists like Crowder, All Sons and Daughters, Gungor, Phil Wickham, UNITED, and Tim Hughes; worship artists embracing the avenue of EDM to portray worship songs. And then comes in ‘Impossible Things’ by Brenton Brown. A welcomed breath of fresh air in worship that really needs a makeover to avoid songs that are often tired and stale, whose themes are sung time and time again; Brenton’s first song out of many that will compile together into an album releasing next year will hopefully show us what worship music can sound like if creativity of the music flows and is not tied back by industry demands and label restrictions!

‘…three of the songs you may have already heard – Soul on fire, Impossible things and Lion and the lamb. But as you can probably tell from Impossible Things these versions are quite different to the originals. I think you could safely say that they fall into the REMIX category. In fact I toyed with calling the entire project ‘Skip to the remix’ because that is the flavor of this record. It may be because my girls have been choosing the songs we listen to in the car on our morning school runs!! It might well be because I have such a deep affection for joyful worship and have missed that lightness and joy in some of my worship sets. It may well be because when I listen to EDM with headphones on it literally blows my mind and makes me extremely happy. Whatever the reason, this project sounds different to anything I’ve ever done…I hope this record and this year turns out to be medicine for your ears and for your heart. A joyful heart is good medicine! Proverbs 17:22. My sincere hope is that you love this new project titled ‘Hosanna in the deep’…’ Hosanna In The Deep, if it sounds like ‘Impossible Things’ all the way through, will be an album that will be revolutionary in the worship music industry in 2018. Though Brenton Brown isn’t as popular as many other worship music artists, his heart is sincere and honest, which what makes ‘Impossible Things’ so unique and refreshing. Well done Brenton for such a powerful and emotive song, can’t wait for the new songs in the upcoming months ahead!