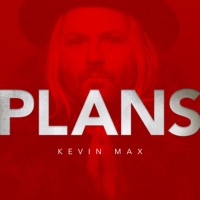 ‘…I’m probably about halfway through with writing a brand-new album, completely original. I do have a single that’s going to radio stations on July 7, 2017 called “Plans,” a song I had written a couple of years back with Seth Mosley and Mia Fieldes. It’s a real pop-radio type song that was birthed out of sending it to a friend as a gift—just a demo I was never going to release. She said, “The Holy Spirit spoke to me when I heard that song”. The meaning behind that song is very obvious that God has plans for us, plans to prosper us, plans not to destroy us but to help us…’ Kevin Max needs no introduction. Everyone who is a CCM fan, or a fan of music in general, would know Kevin, or at least be familiar with his distinctive voice. 1/3rd of DC Talk, and then lending his vocals in the revived Audio Adrenaline for the 2013 album Kings and Queens (and then stepping down to pursue a solo career), many of us who are fans of Christian music in general, were speculating, of what the future of Kevin Max’s music would look like. How would Kevin sound solo-album wise as compared to during his tenure with Audio Adrenaline? How would Audio Adrenaline sound without him? Within a month or so of him departing from the band, songs began to surface- “Infinite”, a duo with CCM/pop singer Rachael Lampa, and “Light Me Up”, Kevin’s first CCM/radio single, possibly even since “Existence” way back in 2001. This then led to Broken Temples, his first full length album of new material as a solo artist since his 2005 album The Blood. Fans of Kevin’s solo music during the 2000s, and fans of the new incarnation of Audio Adrenaline (of which I am a part of) were ecstatic with Broken Temples– even I rated this album as one of my favourite albums of 2015. Fast forward a couple of years, and we see Kevin unveil to us a radio single in ‘Plans’ (as well as a covers album Serve Somebody…which will be reserved for another review on this site very soon), the first single from his yet-to-be-finished new album to release at a later undisclosed date.

And while his previous album Broken Temples was not without its mishaps and delays- pushed back from July 2014, til August, November and now finally out on March 10th 2015, we hope that Kevin’s new album won’t have as much setbacks as album’s previously. If ‘Plans’ is any indication of how Kevin’s new album would sound like, then buckle in, because Kevin’s sound is just what is needed in an industry that continuously favours the same artists again and again. Birthing a realm of originality and creativity, Kevin presents a track that isn’t like any CCM track I’ve heard in recent memory. It breaks the boundaries of what it means to be classified as a song with roots in CCM (dare I say that genres surrounding ‘Christian’ need to be disbanded- Christianity is a lifestyle, not a genre of music!), and travels beyond your average 3 minute song a la Chris Tomlin (to be fair, Chris has made some great worship songs, but sometimes, after years and years of creating music for the church, songs can often sound similar after a while, without initial intention).

With vocal distortions and a light airy bassline, the song that is presented is very similar thematically to that of Steven Curtis Chapman’s ‘God is God’ all those years ago. We are reminded that indeed we need to have plans if we want to map out our lives and the way that we think it should go, but obviously, the Lord will always have something greater and bigger than we can ever comprehend. Plans need to evolve, change or even be abandoned all together when we’re faced with something that doesn’t fit into our nice, neat list of how to get from A to B. Kevin reminds us of this message through ‘Plans’ as we realise that we can’t see the full picture, God can, and what we may consider to be the road we ought to travel may indeed be the one we are to steer clear from. The song evokes within us a sense of trust and surrender, of patience and realising that we don’t really know much. And that’s ok. As far as a message, ‘Plans’ has a great one. As far as the music, Kevin has created an out-of-the-box CCM track that is quite possibly one of the most musically unique songs I’ve heard since anything from for KING AND COUNTRY from their 2014 album Run Wild, Live Free, Love Strong.

‘…The idea of [plans and the surrendering of them to the Lord]…is exactly where I am in my life. I’ve gone through a lot of doubt. I’ve gone through a lot of, “Why is my life going the way that it’s going?” Now I feel like for the first time in a long time, I’m resting in the fact that God has a plan for all of this, and I can just rest in the knowledge that he’s going to take care of it all—His ideas for me…if I surrender to them. If you don’t, if you fight the idea that He’s got a plan, then it’s going to become your plan and it’s not going to be as amazing. I hope that song touches people like it did for me…’ While ‘Plans’ was written by Kevin a few years ago, it still has a Kevin Max trademark sound, and reminds us all that Kevin still has a lot to offer musically and lyrically in years to come. Diverse as we hear synths and bass coupled with an overall message of declaration and surrender, Kevin’s songwriting and lyrical flawlessness creates a moment of realisation that out of something so left field (leaving Audio Adrenaline) can bring about something so unique, powerful and hopefully life changing for many who listen. ‘Plans’ could’ve been on Broken Temples but obviously it didn’t fit. As we’re reminded that sometimes songs ‘marinade’ and ‘stew’ for a while before they see the light of day, Kevin has presented to us a track that would’ve been on WOW Hits 2018 had Kevin been signed to either Capitol CMG, Provident or Word Label Group. Nevertheless, “Plans” is a timely reminder for us all to have a plan, but surrender it once we realise that what we want isn’t what is being played out in real life. Well done Kevin for a great song, and one to champion to anyone who is a fan of any type of Christian music!