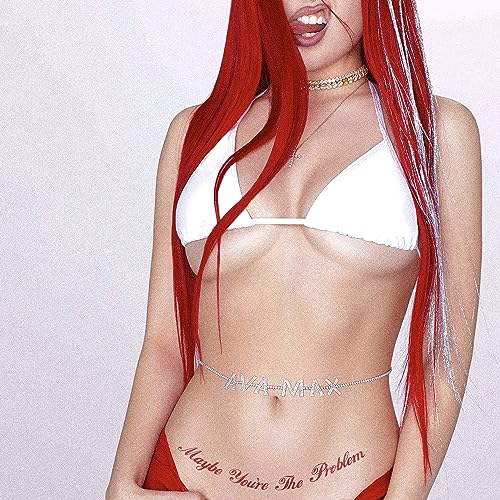 I don’t know how many times I have told you all about this- but I’ll say it again. Personally in my own life, I have gravitated towards Christian music and inspirational music glorifying Jesus, and encouraging us in our walk with Jesus. And it’s simply because I’m a believer in Christ and I find that type of music most resonating to me. Also, it’s because it is speaking about a focus to eternity, and that we as believers have a much bigger perspective that those who are not- we have an eternal perspective thus hardships and heartache gain a much more transient meaning. Not to be flippant though, and to say that all hardships are immaterial in light of eternity; but when viewed through Jesus and everything He’s done for us; hard times aren’t this ‘woe is me, my life is over’ kind of thing, but rather something that God can use for us to grow as people and for us to grower closer to Him. Christian music has always been uplifting, and there seemed to be no valid reason for me to venture out of my ‘comfort zone’ in terms of musical genres.

Yet it is mainly and predominantly only because of the blog series that my brother and I have been writing over the past year and a half (if you’re not sure which blog series I’m referring to, it’s this one, the series about the most influential artists of all time!) that I started to branch out into other musical genres. Sure, Christian music was still uplifting and encouraging, but so was mainstream music. And for a long time, I tried to explain away my love for mainstream music. Like maybe I resonated with certain mainstream artists because they were Christian, and I didn’t gravitate towards artists that were not Christian. Yet over the past year and a half I’ve found myself liking music from artists that weren’t even believers… and then I stopped trying to explain how God moved and worked. I wasn’t going to defend or argue as to why I felt that Christian music was supposed to be superior. Because what listening to a wider range of artists lately has taught me, is that encouragement and inspiration can come from any place. God can use anything, and even non-believers, to draw us closer to Him. Crazy, right?

Well now, arising from me having too much time on my hands during the pandemic and during lockdown; I’ve been inspired and encouraged by another artist. Amanda Ava Koci, known by her stage name Ava Max, released her debut project Heaven & Hell in September 2020. She re-released the project shortly afterwards with “My Head And My Heart” added in as well; and boy let me tell you that this pop album is very, very hopeful and encouraging, as many themes and relevant topics are explored. Fast forward to now, and Ava has unveiled another radio friendly single, with “Maybe You’re The Problem” being the lead single from her untitled 2022 album. With her stand-alone single from last year “EveryTime I Cry” musically sounding top-notch, as well as lyrically quite confronting and hopeful at the same time (read our review here!); my mind is made up- Ava’s music is one of the most ‘inspirational’ pop music out there. For many of you who may have listened to Ava’s debut album, you may agree as to the impactful-ness and hopefulness and encouraging nature of this project… but for those who only listen to Christian music and don’t venture out much musically, like how I used to be; you can read my thoughts of Heaven And Hell here; and also our blog about Ava as well!

Everyone always says ‘it’s not you it’s me’ but sometimes the problem really isn’t me, it’s you!! ‘Maybe You’re The Problem’ was so much fun to create. This new music I’ve been working on is the most personal music I have ever made. I can’t wait to share it with you very soon

Simplistic lyrically yet effective also, Ava delivers probably her most powerful and emotional and vulnerable song yet- she directs this 80’s themed pop banger to her ex, telling him that he was the reason that the relationship didn’t work. As Ava confidently relays that ‘…okay, you, you see a pattern? Your point of view, got it all backwards, you should take your little finger and just point it in the mirror, baby, maybe you’re the problem…’, we are all encouraged to take stock of our relationships, see if they’re healthy or not, and to really determine if they’re something that builds us up or breaks us down. It’s a song that is hard-hitting and is lyrically incredibly bold and courageous, despite the seemingly poppy atmosphere musically. And thus, with Ava growing up with Albanian refugees as parents, and being exposed to a wide variety of musical genres such as opera and pop; her debut album, as well as this new single, is musically and sonically a breath of fresh air, as she marries many genres together and creates a musical and lyrical experience so unique and introspective.

Some would say that Ava Max is like the new Avril Lavigne. Or the new Lady Gaga, or the new Kesha, or the new Dua Lipa. But for me I’d say that while Ava may draw inspiration from these artists and more, Heaven & Hell, “EveryTime I Cry” and now “Maybe You’re The Problem” show us that Ava can rock out and dance to poppy numbers, yet her ultimate goal is to give lyrics for us all to ponder over and to dwell upon. Not that those other artists don’t do that… but Ava is her own person and not the next ____ (fill in the blank!). Sure, these songs may be catchy and sure these songs will make you dance… but at the end of the day if these songs aren’t saying something meaningful and aren’t giving us advice on how to live in this world… then what’s the point? There’s only so many songs you can sing about partying and drugs and alcohol… and Ava reminds us that even in this world of booster shots and Omicron, we need uplifting, and we need inspiration right now. So, as we try to decipher the many meanings on songs like each of the 15 in Heaven & Hell, or as we debate as to whether Ava wants to tell us that it’s ok to cry all the time, or as we take stock of our own relationships (romantic or platonic) to see whether they’re destructive or not; let us remember that life is a journey full of mountain tops and valleys- and without the valley you can’t appreciate the mountain. Without the hard times you can never fully know and appreciate the good times; and Ava’s music, “Maybe You’re The Problem” included, explores this dichotomy of delivering a heavy song thematically against a backdrop of a fun poppy atmosphere! Well done Ava, I can’t wait for hear what’s in store for you next!