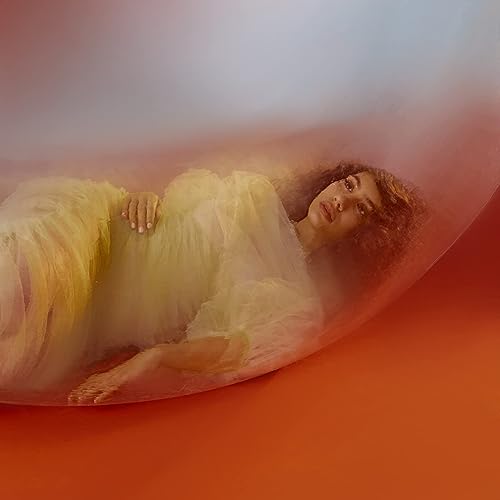 Singer-songwriter and pop artist Alessia Cara, native of Canada and writer of the hit song “Scars To Your Beautiful”, is probably one of the most inspiring, comforting, confronting, thought-provoking and honest artists at the moment. I hadn’t had the pleasure of listening to Alessia’s debut album Know It All at the time of the release in 2015, however by the time she unveiled her sophomore album The Pains Of Growing in November 2018, I was a fan- mostly due to the smash hit “Scars To Your Beautiful”. Case in point: I reviewed Alessia’s second album right here, and following that album, Alessia dropped her EP This Summer in September the following year. I reviewed that project here, and I blogged about Alessia as well; while Alessia also dropped her single “I Choose” to retailers last year (inspired by the Netflix film the Willoughby’s). Jon reviewed that single here; and once you’ve read all of those posts, I’d say you’ve probably got a handle on all things Alessia, don’t you reckon? Throughout the majority of my life, there were in fact times in the past where I thought an album was lesser and not even worth listening to at all if it didn’t overtly speak about Jesus and if it wasn’t ‘Christian enough’! But now that I know to treat albums and songs of mainstream artists and of Christian artists the same, as God speaks to us through both types of artists equally, and we can be inspired and encouraged by whatever He chooses to speak through… in that respect, Alessia’s discography, is well worth the listen. In fact, it was really since the start of Jon’s and my blog series about influential artists that my outlook on mainstream music started to change, and since that time I’ve been blessed and thankful to hear all kinds of uplifting and hopeful music- Alessia’s songs included. And while Alessia also unveiled a 4 song Christmas EP, titled Holiday Stuff, in 2020; the collection of poignant and heartfelt songs do in fact have their place in society, especially as Alessia still encourages us all to dig deep and look past our circumstances, to look at the brighter things of life. As far as lyrics go, Alessia’s is as deep as any artist at the moment. Evident in her third album In The Meantime, which was highly anticipated by myself (and probably by others!); we were presented with someone unafraid to speak her mind and her thoughts and her feelings and her emotions. Considering Alessia’s already-high reputation; I was incredibly intrigued about this album to say the least; and thankfully though, Alessia hasn’t disappointed me yet! And I hope she never will!

I reviewed In The Meantime here, but this year Alessia has dropped a brand new remix EP. Titled Best Days (The Remixes) EP, the project centres around her current single “Best Days”. A clear album standout on the third album, the piano-only ballad is a melody whereby Alessia voices question after question about life, death, mortality, meaning and purpose, wondering if her best days are behind her, and that ‘…what if the rest stays the same for all my life? I’m running with my eyes closed, so it goes, you live and then you die, but the hardest pill to swallow is the meantime, are the best days just the ones that we survive?…’. An introspective and moving melody that can be used to springboard into much more heavier discussions and much needed discussions at the dinner table; Alessia’s melody is a song we all have to listen to. Because we all need to understand that even if the thought arrives in our head that our best days are behind us; the fact of the matter is that our best days are ahead of us. Every day is day one of the rest of our lives, and that thought, while scary, should be exciting and we ought to claim it for ourselves. With Alessia also releasing 2 remixes of this melody, as well as an acoustic version and a re-recording with acapella group Pentatonix; Best Days (The Remixes) EP isn’t that creative nor inventive. It probably may have made more sense to save these versions for a later date when a deluxe edition of In The Meantime can be released. But as it stands, this EP is needed and powerful and moving. It reminds us of the fact that our life still has meaning when we have breath in our lungs… and isn’t that a fantastic thing indeed?

As of right now, In The Meantime didn’t rise up the charts, according to the numbers. Whatever the case though, Alessia Cara should be extremely proud of herself for releasing In The Meantime and this subsequent EP about “Best Days”. She is one of today’s most vulnerable and passionate songwriters, alongside John Mayer, Jon Foreman, and Bear Rinehart to name a few. And from these projects alone (Know-It-All, The Pains Of Growing, This Summer, In The Meantime and Best Days (The Remixes) EP; plus a host of other collaborations, including “Stay” with Zedd and “1-800-273-8255” with Logic) and the amount of work she’s put in, not to mention the fact that lyrically she’s singing about what we’re all probably feeling; it’s hard not to be a fan, of which I am definitely one now. And with Alessia in my opinion already having written plenty of deep lyrics that probably several artists haven’t even recorded that deep in their longer careers; well, if you’re not listening to Alessia’s music by now… one is you’re missing out, and two is well you better hop on the bandwagon straight away! So…bring on the world tour or a Christmas album or even another studio album! Whichever way, I’ll be waiting…with probably a host of other fans and listeners. In The Meantime and Best Days (The Remixes) EP are both fantastically awesome- and I’d say everyone will agree with me. Don’t you reckon?