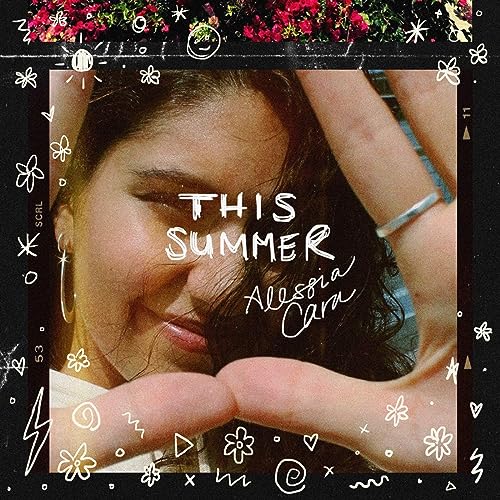 Singer songwriter Alessia Cara, native of Canada and writer of the hit song “Scars To Your Beautiful”, released her sophomore album The Pains Of Growing last November (which I reviewed right here!). Following that album, Alessia dropped her latest EP This Summer in September last year. While one may think a ‘review’ right now for the 6 month old album isn’t necessary though, given the number of critiques (positive and negative) that you can source online; you’d probably be right. I could write a review about this 6-track emotional, honest and vulnerable near-flawless masterpiece (which I should have done last year!) and made it as long as an essay. I could have written 1 or 2 paragraphs per song for each of the 6 songs. But the fact is that I didn’t write a timely review because of a number of reasons, the main one being that last year I was only starting to be more immersed in mainstream music, and I hadn’t quite figured out nor mastered how I was going to write a ‘mainstream review’. But now that I know to treat reviews of mainstream artists and of Christian artists the same, as God speaks to both types of artists the same, and we can be inspired and encouraged by whatever He chooses to speak through; in that respect, Alessia’s latest EP, which I have recently found to be one of the most inspiring and honest EP’s of 2019 in retrospect, is well worth the listen. In fact, before you finish my ‘review’ or my random thoughts if you will; take a listen to these songs and be amazed. Then you can carry on.

Sometimes it’s hard to believe that Alessia has only recorded two full length albums. Because her level of lyricism overall is sometimes comparable to veteran artists like Andrew Peterson, Bebo Norman, Jason Gray and Nichole Nordeman, in my honest opinion. That’s good company right there, I reckon, as even on This Summer EP, Alessia sure seems like a veteran of many, many years; both in her music and her lyrics, which makes me respect her all the more. With This Summer musically being very similar in style to The Pains Of Growing (which is musically on the polar opposite side to Know-It-All) – pop on album no. 1 vs acoustic ballads and more jazz/soul/r&b on album no. 2 and the EP!), the collection of 6 songs is such a lyrically strong project; in the respect that Alessia covers quite a lot lyrically, and still manages to keep these topics relatable and manageable in terms of our ability to understand our emotions and how our choices affect our day to day life.

While Alessia tackled a myriad of topics and issues in The Pains Of Growing, on this EP there’s virtually only one topic explored- the concept of how relationships of any kind can be messy and how some can be beautiful as well. And though I can’t relate at some of these tracks about romantic love- what with me being a single guy and having never been in a relationship before; This Summer still is relevant to today’s society as generally people and relationships are a mystery- but hopefully these songs can shed some light as to why some people act the way they do. Lead single “Ready” speaks about Alessia falling for a shy boy who doesn’t know how to act around her, and then Alessia giving the ultimatum to leave until he’s ready for her, while laid back and chilled acoustic ballad “What’s On Your Mind?” poses a series of direct questions to a potential significant other who claims to be in love with the persona but never lets anyone see their real selves.

“Like You”, though lyrically sad in the fact that the track is about a breakup and the guy moving on really fast with another girl, speaks about the reality of breakups, as we all strive to find someone for life and not really end up like the people in the song. “OKAY OKAY” takes a break from all of the relationship drama and is a song about empowerment and being ok in your own skin and as who you are; while the no-nonsense and firm “Rooting For You” speaks about a toxic friendship where Alessia cuts off the parasitical friend, while still rooting for them to change and be the best version of themselves in the future. EP-ender “October” is probably the most emotional track on the EP, as Alessia sings about a tour ending- specifically her tour with Shawn Mendes; however possibly Alessia could be singing about the death of a relationship of any kind with lament and regret, but with the certainty that something has run its course, and it’s ok to feel sad and to feel any kind of emotions.

It’s not really known how Alessia Cara will market this EP or what will eventuate from this. Perhaps a full-fledged world tour or more music (a Christmas album or covers album would be cool!). But whatever the case, Alessia should be extremely proud of herself. From these three projects alone (plus a host of other collaborations, including “Stay” with Zedd and “1-800-273-8255” with Logic) and the amount of work she’s put in, not to mention the fact that lyrically she’s singing about what we’re all probably feeling; it’s hard not to be a fan, of which I am definitely one now. And with Alessia in my opinion already having written plenty of deep lyrics that probably several artists haven’t even recorded that deep in their longer careers; well if you’re not listening to Alessia’s music by now… one is you’re missing out, and two is well you better hop on the bandwagon straight away! So…bring on the third full length album, Alessia, or a world tour! Whichever way, I’ll be waiting…with probably a host of other fans and listeners.

3 songs to listen to: Ready, Rooting For You, October