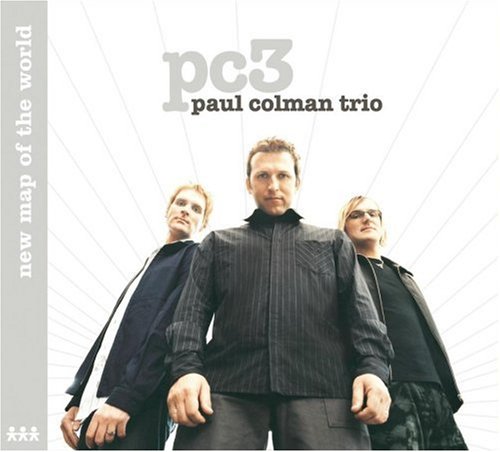 Have you ever stopped and sat and tried to think about all of the jobs/occupations you wanted to be when you were older? I bet if you counted the number of positions you wanted to work as, they’d amount to maybe more than the number of fingers/toes you have…on both of your hands/feet! I certainly know, that at various stages of my life, that I have thought about what I wanted to work as when I ‘grew up’. At times, I wanted to be a farmer (when I was in kindergarten, and loved drawing animals!), at other times a writer (when 10 years ago, my brother and I started writing our own autobiography, which is currently put on hold, and may forever be!); and never in my wildest dreams did I think that I would be working in a café, that my parents, brother and myself own. It was certainly out of left field, not in a good or bad way, but in a different way. The point is that even I had a few inklings of what I wanted to be, and what I am doing now work-wise isn’t where I thought I’d end up- in the same way, I’m sure you all have goals, dreams, plans to do great things. Plans to change the world. Sometimes though, we may try our hand at being ‘famous’ in order for us to show the world what we’ve got, and hence get people to like us.

Last week, I spoke in this first instalment of “Flashback Fridays” about Chris Tomlin’s album Arriving and how it has shaped my life in terms of expanding my view on worship- essentially a blog about worship. What if I told you that one of my other favourite artists is Paul Colman Trio, and my favourite album of theirs is New Map Of The World? Would you immediately say ‘oh, I know who that band is, they’re as famous as Chris Tomlin’? Or would you, like most of the general population, raise your eyebrows and wonder who this band is, that isn’t that famous compared to others like Chris Tomlin, that has garnered a spot on my top 52 most influential albums ever?

For those not in the know, Paul Colman is a singer songwriter born in London, UK, in the late 60’s. Moving to Australia when he was seven years old, Paul was heavily involved in music, and formed the Paul Colman Trio (PC3) in 1998, to moderate success, then put the band on hiatus a few years later to work on his solo material. In 2011, the band reunited for a new album Return, but since then, Paul’s musical journey is now as an independent solo artist, creating music, not just for praise and accolades, but also for himself, and being a part of changing people’s lives, in whatever way God moves him to.

As always, you can check out Paul’s Wikpedia page for a more extensive account of his life, or check out our interview with him on our site from a few years ago, where we talk to him about his recent solo album Recalculating; but let me just say that Paul and his band PC3 aren’t as famous as Chris Tomlin. Not in the slightest. Nor are they as famous as other hit CCM artists such as Francesca Battistelli, Natalie Grant, Third Day, MercyMe, Casting Crowns, Newsboys, Michael W. Smith, Steven Curtis Chapman, Tenth Avenue North, Building 429, Sanctus Real, Switchfoot, Needtobreathe, and others. Yet they still made a difference throughout their short stint as a band. Everyone knows that ‘How Great Is Our God’ is synonymous with Chris Tomlin, yet if I mention a song like ‘Turn’, ‘Your Sweet Voice’, ‘Fill My Cup’, ‘I Dream’, or ‘The Killing Tree’; the artist that comes across the minds of many listeners, probably wouldn’t be PC3, even though it is. Why do you think that it is so? Yet both artists, and both types (signed and unsigned; famous and relatively unknown) are needed in the music industry, and perhaps deserve to be recognised equally, because without one type of artist, how do you think the music industry would look like? I don’t really have an answer, it’s just some thoughts going through my head that you all can dwell upon.

When I immediately thought of albums to put in my list of 52, I knew that PC3’s New Map Of The World would be there. I mean, if you think about the tracks individually, it makes sense, objectively. Paul and his friends speak about topics such as re-examining your own life and turning it around (‘Turn’), prayerfully and honestly singing out a heartfelt plea to Africa, as Paul says that his experience with the people there changed him (‘Africa’), reminding us that we are all selfish and need saving and can’t do life on our own (‘Selfish Song’) as well as asking God to help us stop running from adversity and to face it head on (‘Run’) and leaning on God for His voice and for Him to lead (‘Your Sweet Voice’). Not to mention that there’s a vivid account of Jesus death in song (‘The Killing Tree’) that has me in utter gratitude for what Jesus did for us more than 2000 years ago- and PC3 also includes the band’s first ever single ‘Fill My Cup’ and the metaphor and imagery laden ‘I Dream’ (probably also with plenty of interpretations of the lyrics as well!). There’s plenty of reasons to like New Map Of The World. Musically, there’s pop, rock and worship infused…but that’s just ‘review’ reasons. Why is the album influential to me? Why do I love PC3 so much, when their sound is more ‘indie’ than other artists l listen to? Well that answer came to me just today. And that answer is that it reminds me that not everyone has to be famous, in order to be impacting and influential in the field God has meant for us to minister to. And that notion, while right now I’m still not fully understanding and grappling with the implications, is one that I reckon will be revolutionary for everyone, in the coming months and years.

Put it this way. Earlier in the first paragraph I mentioned that I had certain ideas (albeit ideas at a young age with not that much reasoning) of what occupation I wanted to do in the future. That did not align with what God has for me right now, and while right now I harbour dreams of being a writer (possibly resurrecting my autobiography, updating it, or totally revamping it!), as well as a songwriter (I have written 30-something full and partial songs- first demo- from when I started writing in July 2017!), I really shouldn’t wish what I am doing right now at the café away, so that God can move mountains to make my music and writing career happen. I really shouldn’t hope that my writing and/or music career takes off, and the café falls apart.

Because everything has its season, and while God is moving the chess pieces and orchestrating his plans for my music career and/or writing career (which I believe will happen in His timing!), He is still working in the café, He still is using me and my family for His glory at the café. While my long term vision may be one thing, why does that mean that the short term mission should get shafted when it is just as important to God, maybe even more so? Everything has it’s place. Just like how PC3 and Chris Tomlin and other indie artists and signed artists can co-exist and serve different listeners’ needs at different points in time, so too do different job descriptions and prospects.

Though our culture says otherwise. If you have this, then you’ll be happy. If you earn $X per year and have ___ ‘friends’ on Facebook, then you’ll be happy. If you know ___ person through the ‘six degrees of separation’ rule, then you’ll be happy. Which got me thinking. Is our identity really wrapped up in what we do? Is our happiness linked to our status, our performance, the timeline of our ‘success’ versus our friends? Do we really think that we can only change the world just by being famous, and hanging out with these prominent folks, and being all successful? What exactly are we chasing? Fame, money, instant gratification, the idea of changing the wider world without being held accountable to actually change the world around us? Or are we pursuing God, who beckons us to use our talents and our gifts where He points, which may not be at an occupation or a place as glamourous as we may originally think? Would I be content if I never make music or write a book until I’m 50 or 60? Or never, and I just pass my songs onto the next generation, and I never see them be published or sung until many years after my death? I don’t think I’m ok with it now (as I have poured my heart and soul into these songs, and hopefully will want my songs to be proofread or reworked and co-written with, with a professional writer and/or a famous singer in the near future), but I want to be ok with it eventually…in case it does happen.

There are many things in life we don’t like doing, but we do them anyway…like paying bills and figuring out your tax at the end of each financial year. Because they’re necessary and make us grow as people. Same with mundane jobs. What PC3 and probably their best album of their career New Map Of The World has taught me is that sometimes in the ordinary and the mundane, God speaks. It doesn’t always have to be in the flash and bright and spectacular. God can speak in the whisper. He can use anything, and that is why being famous and changing the whole world shouldn’t be the goal. Though it may be great and admirable if we do have dreams in order to achieve the impossible (after all, famous actors and artists all started from somewhere, and each had a dream that they turned into reality through determination!), it doesn’t mean that while God moves in our hearts and our dreams happen years down the line, we can’t be used by God in our current day to day activities. We do get opportunities every day to speak words of encouragement in others’ lives, and I reckon once we get that, once we see each day as a gift and as opportunities to point people to Jesus, then can we start living life like God meant it to be- as if we are free instead of waiting until ‘we’re famous’, or ‘we’ve got it made’. If we wait until then so that we can change the world, we may be forever waiting and not making a difference here and now.

Before I go, let me leave you a few questions for you to ponder over. What things in your life do you want to ‘wish away’, not intentionally, so that you can serve God in ‘the only areas I believe He has made me for’, so that He can love us more than the garbage collectors and the cleaners? Remember than God wants to use your whole life as a testimony pointing to Him, not certain aspects. Let us know your thoughts on this blog in the comments, and see you all next time!

3 thoughts on “FLASHBACK FRIDAYS: Week 2 (New Map Of The World by Paul Colman Trio)- We all want to be accepted and loved, so why do we try to be famous, when sometimes it doesn’t work?”