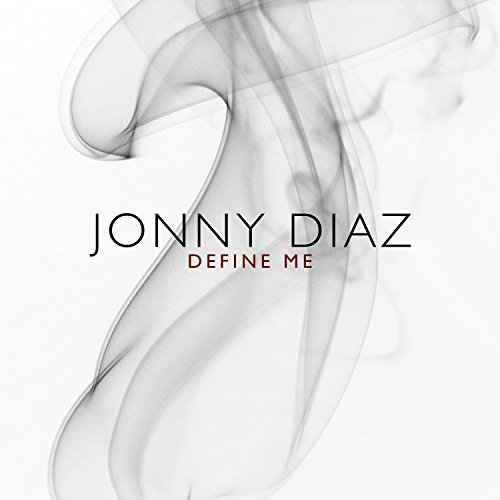 Jonny Diaz, the songwriter of “More Beautiful You”, one of the most inspiring melodies about self worth, beauty and identity ever (along with Britt Nicole’s “Gold” and more recently Alessia Cara’s “Scars To your Beautiful”), has had quite a remarkable career since releasing his first album in 2003. Offered a baseball scholarship in 2002, but declining, as Jonny felt that God was moving him to minister to people through music; instead Jonny has since provided us with plenty of heart-warming and lyrically poignant songs bringing us all closer to God- inclusive of the heartfelt ballad “Beauty Of The Cross” (which describes how much Jesus loves us to die on the cross for us), and the revealing and sometimes uncomfortable radio single “Break My Heart” (a call to action, as Jonny proactively urges fellow believers to act out their faith and be the hands and feet of the community).

In my opinion, Jonny’s songwriting calibre is in the same or similar vein to artists like Bebo Norman, Jason Gray, Nichole Nordeman and Andrew Peterson, and musically reminding me of Brandon Heath, Josh Wilson and Steven Curtis Chapman, as many of Jonny’s acoustic pop melodies have changed the lives of many, while also excelling on the Christian Billboard charts and other radio formats. Now, after signing to Centricity Music in 2013, Jonny unveils his newest single “Define Me”, the first song to release after his sophomore album on Centricity Music Everything Is Changing in 2015, and his label debut Let It Fly in 2014, showing me that Jonny has excelled quite a lot in quality of his penmanship since changing labels. While “Define Me” has a CCM sound, as well as a CCM ‘length’ at 3:28; the lyrics are anything but CCM-ish, and dare I say it, Jonny’s latest offering may be quite controversial. Confused? Did you think I’d shower this song with total praise? Let me explain for a moment…

If “Define Me” has taught me anything, it’s to never place Jonny Diaz in a box…and that’s a good thing. With Jonny’s infectious joyous personality shining through on this new track, the lyrics are all too relatable in a time of global uncertainty. While I hate to say it, it is true that these days the devil is becoming more and more successful at bringing people down, and whispering believable lies to us, so that he can define us and place us in a box. But as the song mentions, there is indeed ‘…One Name above all names [who] defines who I am, allows me to say that I’ve got the victory over the enemy…’; and that name is Jesus Christ. There is hope, and Jonny encourages us to take an active stand against the devil. There’s not too many songs like this in CCM right now, and that is why this left field song in terms of subject matter could maybe be controversial and somewhat ‘heretic’ to the casual listener, in that there’s hardly any mention of the ‘feel-good’ worship music to Jesus. Contrary to perhaps popular opinion though, I reckon a song like this is refreshing, simultaneously providing us with the stark reality of todays’ seemingly bleak spiritual situation and also giving us a beacon of hope for us to rely and lean on, in Jesus Christ. A song that we can cheerfully sing and belt out once we are sure of our firm faith in Jesus and the infinite power He has over the enemy, “Define Me” is an odd choice for a lead single of an unnamed and maybe unfinished album from Jonny, as well as an outside chance of inclusion on WOW Hits 2019; yet this song is by far the most needed this year. And probably the most impacting. So check it out! Worth a listen, as we use this as part of our arsenal of weapons to defeat the devil.

With Jonny Diaz still right now being underrated in the CCM industry, I reckon it is “Define Me” that will make him be noticed by…almost everyone I guess. While “Define Me” slipped totally under the radar with no promotion; the song lets listeners now that Jonny is back to his brilliant best. With Jonny’s newest Centricity Music album hopefully being released sometime this year, “Define Me” stands tall amongst other heavyweight hit songs this year such as “Resurrection Power” from Chris Tomlin, “I Just Need U” from TobyMac, “God You’re So Good” from Passion, and “He Still Does (Miracles)” from Hawk Nelson. There’s no other reason not to listen to this underrated, and maybe later on the totally not-underrated melody, except to say ‘Let’s use this as warfare against Satan’! Well done Jonny for creating thoughtful music. Bring on the next full length album I say!

3 songs to listen to: Define Me, until we realise that the devil doesn’t define us, but rather, God’s unending love does!