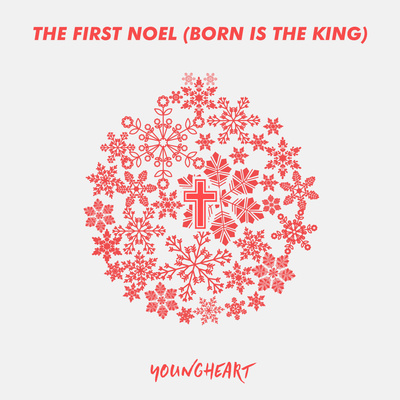 Since making a stamp on the CCM independent market with their releases of both ‘You Tell Me’ and ‘I Believe’ during the year of 2018, YoungHeart, a.k.a. Carlos, Michael and Gaby Ubinas, have become a group with a lot of potential and heart, talent and enthusiasm, as this sibling band is a reminder that often, we don’t have to be old to make an impact. Young people have something to say too, and YoungHeart and their music is evidence of this. And while 2018 may be the year of the ‘new’ artist (artists like Austin French, Riley Clemmons, Pat Barrett, London Gatch, Mack Brock, Ben and Noelle Kilgore, Tasha Layton, Rachael Nemiroff, Aaron Cole and Branan Murphy, are just a few of many artists that have delivering debut songs/EPs/albums in the confines of the year 2018); YoungHeart nevertheless is brought into this music landscape under the umbrella of pop/CCM, and reminds us all that teenagers in bands can be a good thing. That often, sounding like another band/artist can work in someone’s favour than against it. And for YoungHeart’s case, sounding similar in music and style to that of Jordan Feliz, Bonray, David Dunn and Castro, all together, can in fact do wonders for a band who’s just starting out, as these teenagers navigate their highschool years and into adulthood. On the back of their two singles this year, they have released yet another new song- ‘The First Noel (Born Is the King)’, a song that has become one of my favourite renditions of the Christmas carol, alongside TobyMac’s and Y&F’s renditions they’ve recorded over the years!

Standing at a bit under 3 minutes, what the song lacks in length it makes up for in energy and a brand-new chorus. The traditional ‘noel, noel, noel, noel, born is the king of israel’ is reserved for the refrain at the very end of the song. The chorus however is sung differently, a refrain of ‘born is the king, born is the king, jesus’, different enough to recognise that this song is unique, but similar in that this song is still ‘The First Noel’, but tweaked a little. Regardless of whether we enjoy this fresh unique somewhat-updated version of the carol, or whether we just enjoy the carol in its original form, one can’t negate the seamless transitions between traditional verses and new choruses without feeling disjointed. This song, technically, is top notch. Whether people receive it as good as I have is a different story.

And so this is YoungHeart: a band of siblings that, while on the surface can seem like another run-of-the-mill band, can become, I reckon, an influential band, as we’re reminded that no matter how young we are, we can still influence the world for Christ. A band to check out and be on the lookout for if you are a fan of other similar artists like Bonray, Jordan Feliz or David Dunn, there’s only one way for this trio- up, as the upcoming weeks and months progress. Can’t wait for new material (EP or album?) in the future, in the meantime, I’ll have this Christmas song (and their two songs prior) on repeat. Well done Carlos, Gaby and Michael for this reimagined Christmas hymn, maybe, just maybe, they’ll be recognised and signed in the upcoming year ahead!