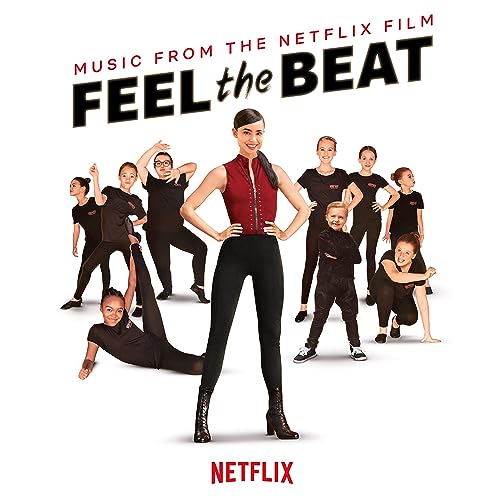 2021 is upon us… hopefully it will be miles better than 2020, in every aspect. COVID-19 has dampened spirits, and probably virtually all of us are glad to see the back of this past year. But throughout my time at home during quarantine and lockdown, I’ve been reflecting a bit on my future and whether life is heading- you know all of that philosophical and existential stuff that people in mid-life crises go through… and through all of the sitting down and dwelling on the year, and through all of the TV show watching, movie watching and music album listening, and blog writing; I’m reminded that God isn’t limited by what He chooses to us to speak to us. And that’s a concept that I’ve been hammering home time and time again on this site in various other blogs (starting from the first blog I wrote about ‘mainstream’ music all the way back in 2017); but it’s still a concept nonetheless that has resonated and that people need to understand. You may think that God only speaks through the Bible and Christian songs… but while He does speak through those avenues, there’s a plethora of other mediums God uses. Secular music isn’t a big, bad source of evil, nor is a blockbuster Hollywood movie. This year has been a downer for almost all of us, but one of the shining lights that I have found this year has been my discovery of up and coming pop artist Sofia Carson– her impacting and hopeful slew of singles, and her relatable and powerful roles in each of her films.

A triple threat in her own right (singer, actor, dancer!), I first heard about Sofia probably a couple of months ago, when the song “Guess I’m A Liar” released. I paid no attention- simply because I was under the impression that Sofia was just another pop star; and then it was later a couple of weeks later that my paths crossed with her music yet again- my brother and I watched the entire 3 movies of The Descendants (you can read my review here!)… and guess what? Yep, it was Sofia’s performance in these movies (acting-wise and her singing ability!) that resonated with me and captivated my attention. After watching another one of Sofia’s movies (Feel The Beat) and then me consciously exploring her discography and her singles such as “Back To Beautiful”, “Love Is The Name”, “I Luv U”, “Miss U More Than U Know”, “Different World” and “Ins And Outs”; I found myself more and more inspired and encouraged by her music. While I have reviewed Sofia’s latest two singles (“Guess I’m A Liar” and “Hold On To Me”), which you can read here; there’s another song from Sofia that has resonated with me recently, that I probably wouldn’t have discovered had it not been for me staying at home for the bulk of 2020. “Always”, the smash hit single from the movie Feel The Beat, is a piano led ballad and an emotional song in its own right- and is a song that is a must listen for anyone who loves music period.

If you haven’t heard “Always” do so now. With the song originally recorded by François Clark, and also being a companion piece to the Netflix movie (which I reviewed here!), we are immersed into the world of competitive dance, where Sofia’s character April, travels back to her hometown to teach a team of primary school aged girls how to dance. The girls enter in a competition, with April hoping to catch the eyes of dance critic Welly Wong, in the hopes that he will grant her a spot in an off-Broadway show. With the story having a happy ending (for both April and the girls), we are glimpsed into the sort of determination and tenacity that we all need to exhibit and display. As Sofia earnestly and emotionally relays that ‘…you are always in my mind, always in my heart, always the one that waits for me in my dreams, You are always the one I long for, always the one I feel by my side even though you’re gone, cause you are my always…’, we are reminded of the importance of human relationships, especially during COVID-19. We are also reminded of the importance of communion with God with the song in my opinion able to be interpreted as possibly being directed to God. And with such a vulnerable and honest melody (that could be listened to even without watching the movie!), there’s not really any reason not to listen to this heartfelt and hard-hitting melody!

As I’ve mentioned before; Sofia Carson isn’t that well known in the music industry. But she will be in 2021. Sofia just released her new movie Songbird with KJ Apa, and she has also signed on to the movie Purple Hearts– she’s also slated to write and perform on the film’s soundtrack also. With a debut full length album presumably releasing in 2021- sky’s the limit for this inspirational and humble young woman who no doubt will be popular, but will also inspire us all to live the best lives that we can. So as we start 2021, what better way to start in style, and listen to “Guess I’m A Liar”, “Hold On To Me” and “Always”? What do you guys reckon? Well done Sofia, I can’t wait to hear what it next for you in 2021!