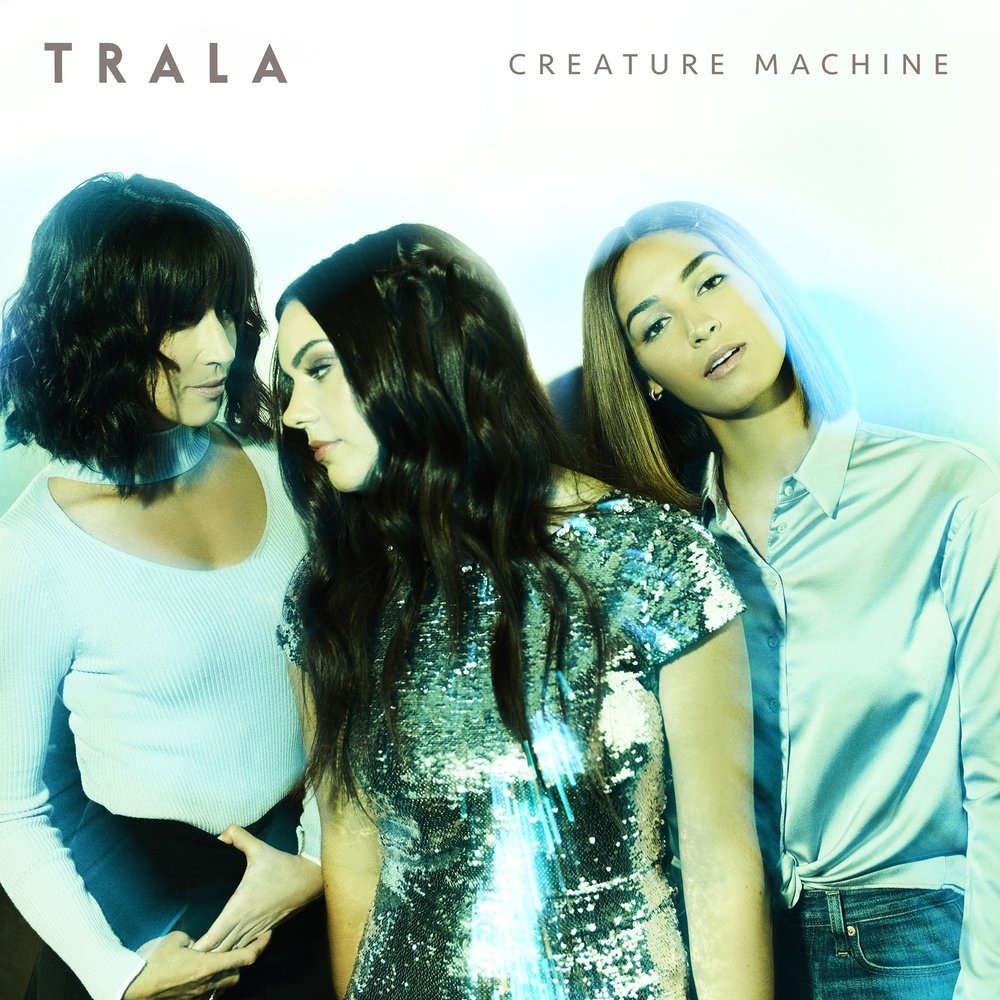 A month ago, I reviewed the debut single from Moriah Peters’ new band TRALA– “Holy Collision”. If you haven’t read the review, then read it here, but let me refresh and recap for those of you who do not know who TRALA is. And now I quote my first review- because honestly, I can’t even try to change up this intro here- “…Moriah Peters, former solo artist, now 1/3 of rock/alternative band TRALA. The wife of Joel Smallbone from for KING & COUNTRY, Moriah has been making music for a while now, having released her debut album I Choose Jesus in 2012 and Brave in 2014 (read our review of Brave here!). Though she had a couple of years of silence in terms of releasing music, Moriah sill toured, and I would say that listeners of her music and fans had the sense that something major was coming, but we all weren’t sure what it was. Well, I guess the time has come now to fully embrace TRALA and get on board with their mission and vision of changing the world one song and one person at a time…Take note everyone, because Moriah Peters, Jesi Jones and Julie Melucci are going places…” And now, since the band’s second single “Creature Machine” has dropped, let us dive in, to see how the track is, and find out if TRALA have a ‘sophomore slump’ after the awesomeness that is “Holy Collision”!

First of all, “Creature Machine” is just as lyrically confronting, maybe even more so than “Holy Collision”, as Moriah, Jesi and Julie poses plenty of thoughtful and confronting questions, asking ‘…do we know we are merciless? Did we know this was murderous? I’m a creature, not a machine, so why can’t you see me?…’. Against the part heavy, part electronic, part remix-y, part angelic and ethereal backdrop of keys and synth; we are met with a lyrically challenging melody encouraging us to actively act as people, and not like the robots and machines we have been conditioned to act, by the media, TV and those around us, even by our parents and family. Society wants us to act a certain way, and think a certain way, but as Christians, we know that Christ in us makes us innately different than everyone else. So we must act that way, so that they would know Jesus by our love, permeating through our beings, and TRALA emphatically and creatively convey this notion of making a choice, and acting like men and women of God (although it’s not said, it’s implied!) quite creatively. Musically bordering on dance, 80’s disco and alternative/rock at times, this song is also one of my favourites of the year period (alongside “Holy Collision”). So what are you waiting for? Check out TRALA, and I guarantee you will be inspired and moved by Moriah, Jesi and Julie’s hard work and unique new venture.

TRALA’s journey is new, and therefore, as the band members announced they were releasing a full length album at the beginning of 2018, I’ll admit that I still don’t know what this band will sound like lyrically and musically! But because I was and still am a fan of Moriah’s music, I will give TRALA a chance. The new album may resonate with me, it may not. But because I love “Holy Collision”, “Creature Machine” and the notion that God is here in the midst of chaos; there is hope that Moriah’s new band will overall resonate with me. TRALA’s untitled album is one of the first albums that is my most anticipated for 2018, so let me just stop and let you all check out another unique songs of the year! So have you done that? What do you reckon? Let me know!

3 songs to listen to: Creature Machine, until we realise that Moriah Peters’ new band is pretty cool, even though they aren’t marketed as a ‘Christian band’!