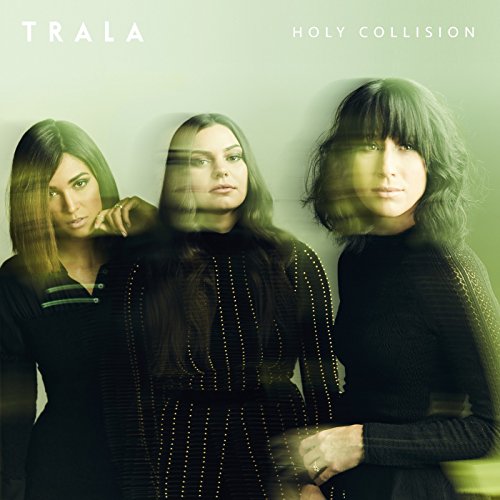 “…Friends & family, I’ve been wanting to share this story for so long, I can’t believe the time has finally come! Jesi Jones, Julie Melucci & I have traveled, cried, invested and celebrated together over the years. Now, we’re stepping forward under the banner of songs that we’ve written & produced as a team. Before you hear our co-creations, allow me to present our band, our mission & our name…TRALA. Will you join us on this journey?…” Moriah Peters, former solo artist, now 1/3 of rock/alternative band TRALA. The wife of Joel Smallbone from for KING & COUNTRY, Moriah has been making music for a while now, having released her debut album I Choose Jesus in 2012 and Brave in 2014 (read our review of Brave here!). Though she had a couple of years of silence in terms of releasing music, Moriah sill toured, and I would say that listeners of her music and fans had the sense that something major was coming, but we all weren’t sure what it was. Well, I guess the time has come now to fully embrace TRALA and get on board with their mission and vision of changing the world one song and one person at a time. “Holy Collision” released to digital outlets this past week, and boy, what a vibrant and eclectic sound it is. Though TRALA isn’t marketed as a ‘Christian’ band per se, the new song has been described as ‘…the bridge between the gospel themes of Peters’ past work and the band’s unpredictable yet classic sonic space…’, and from listening to the song, I can tell that this band will be big in the future. Take note everyone, because Moriah, Jesi and Julie are going places.

“Holy Collision” starts off with a bold question, as the band ask us ‘…Do you have a problem releasing control?, Do you have a body full of soul?, Do you ever wrestle? Do you ever win?, What are you, stone or porcelain?…’ and against the mysterious and haunting backdrop of keys and synth, we are met with a lyrically challenging melody encouraging us to embrace the chaos of this life, as it’s especially in the chaos that God meets us where we are at and moulds our character into who He wants us to be and into who we need to be at that moment in time. Life is full of twists and turns, and TRALA emphatically and creatively convey this notion of surrendering control to Jesus (although it’s not said, it’s implied!), and it’s only then that we can live truly free. Sonically and musically bordering on gospel at times, pop at times, and alternative/rock at times, this song is one of my favourites of the year period. Of any genre. So what are you waiting for? Check out TRALA, and I guarantee you will be inspired and moved by Moriah, Jesi and Julie’s hard work and unique new venture.

TRALA’s journey is new, and therefore, as the band members announced they were releasing a full length album at the beginning of 2018 (via a facebook chat!), I’ll admit that I didn’t, and still don’t, even though I’ve listened to “Holy Collision” many times, know what this band will sound like lyrically and musically! But because I was and still am a fan of Moriah’s music, I will give TRALA a chance. The new album may resonate with me, it may not. But because I love “Holy Collision” and the notion that God is here in the midst of chaos, there is hope that Moriah’s new band will overall resonate with me. TRALA’s untitled album is one of the first albums that is my most anticipated for 2018 (though it’s the only album I know of releasing in 2018 as well!), so let me just stop and let you all check out one of the most unique songs of the year! So have you done that? What do you reckon? Let me know!

3 songs to listen to: Holy Collision, until we realise that Moriah Peters’ new band is pretty cool, even though they aren’t marketed as a ‘Christian band’!