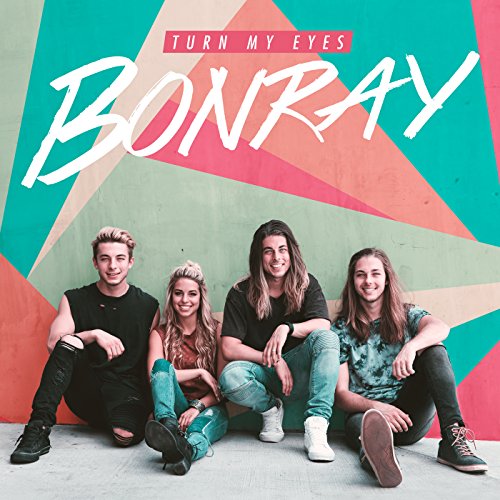 Sibling bands are the ‘in thing’ these days. Seriously, they are. Over the last few years, many sibling bands have come, many have gone, and many have stayed. Castro, comprised of Jason, Michael and Jackie Castro. For KING & COUNTRY, formed by Joel and Luke Smallbone. Former band BarlowGirl, with Alyssa, Becca and Lauren Barlow. Rockers needtobreathe are fronted by Bear and Bo Rinehart. Switchfoot is led by Jon Foreman, and his brother Tim is also in the band. Mainstream band The Band Perry is made up of siblings Kimberly, Reid and Neil Perry, while OBB comprises of Zach, Jacob and Nich Oswald. And Cimorelli has six sisters- Christina, Katherine, Lisa, Amy, Lauren and Dani Cimorelli. And that’s just the start of the list. I won’t go into the list now (I think there’s around 50 or 100 or so!), but you can read the Wikipedia page right here about sibling bands. So lo and behold, now we are introduced to yet another band. Bonray has formed a few years ago, and includes Zac, Jesse, Jake and Morgan Bonner. So what makes them different to other sibling bands? In truth all sibling bands are unique, so it’s hard to say that they are better than Switchfoot, or needtobreathe, or Cimorelli, or for KING and COUNTRY, or other sibling bands. Being related and in a band, I guess the members share a closeness and a bond that other bands don’t have, and that’s what probably makes sibling bands stay together longer than other bands. So going back to Bonray, let me tell you that the band have been around for a while, have been making music that glorifies Jesus, and while they’re style isn’t that unique in that we’ve all heard CCM before, it’s their passion for Jesus that amazes me, as this young band has a bright future ahead of them.

With the band signing to Provident Label Group early this year, and releasing their hit single “Turn My Eyes” a few months ago (which we reviewed here!), the new EP Turn My Eyes recently dropped to digital outlets. Comprised of “Turn My Eyes” and several of their previously released songs in 2014 (but now digitally remastered or re-recorded- I’m not sure!)- “Wildfire”, “You Got Me”, “Overboard” and “The Good Life”- as well as a new song in “Miles Away”, this new EP sadly feels like a money-grab, though it may not be the case, from where I’m looking, it certainly looks like that. Not to say these songs are great, because they are. We reviewed the EP way back in 2014, and objectively these songs are inspiring, emotional and honest. Though I won’t delve into what these four songs mean to me and our site here, as you can read the review here, let me just say this.

Maybe it’s not in the band’s control about whether they must release their independent songs again under a signed label; but these already released songs do not need to be released again. Simply there’s no need. “Wildfire”, “You Got Me”, “Overboard” and “The Good Life” were already on their EP released in 2014 (and still able to be streamed on their facebook in their entirety here!), even though the itunes and amazon links of the 2014 EP have now been removed; so maybe this release could be Provident Label Group making an executive decision despite what the band wants. Or maybe the band wanted these songs on iTunes again. Nonetheless, in my opinion these songs should have been marketed better. Maybe a post, something like ‘here’s some of our songs from 2014, re-released, now under Provident Label Group, together with “Turn My Eyes” and a brand new song “Miles Away”!’- that would have changed the context as to how the EP would have come across for me. But as it stands, Bonray have released their songs again, and have marketed them as new, for whatever reason. It’s very lazy, but that’s the music business for you. Some songs are lazy and some song choices are questionable in timeliness (in the case of WOW Hits especially, and maybe artist’s best of albums!).

I’m sorry if I sound callous. I’m sorry if it sounds like I’m saying that the band are no good. Quite the opposite. They are quite brilliant in their songwriting and singing. Bonray is one of my favourite active sibling bands, alongside Cimorelli, for KING & COUNTRY, Switchfoot and needtobreathe. But this release is lazy, and I hope that moving forward, the band release all-new material that we’ve never heard before. But I guess one plus from this is that Bonray get more exposure. Maybe this EP is for those who don’t have Facebook, and access to their 2014 songs on their Facebook app (although, then if that was the case, why not put “Higher” on the new 2017 EP?), but anyway, enough of me griping. These songs are good when you look at these songs on their own, and each song can draw people closer to God. That’s all that matters, right? Take a listen to the EP and let me know what you think.

3 songs to listen to: Turn My Eyes, You Got Me, Miles Away