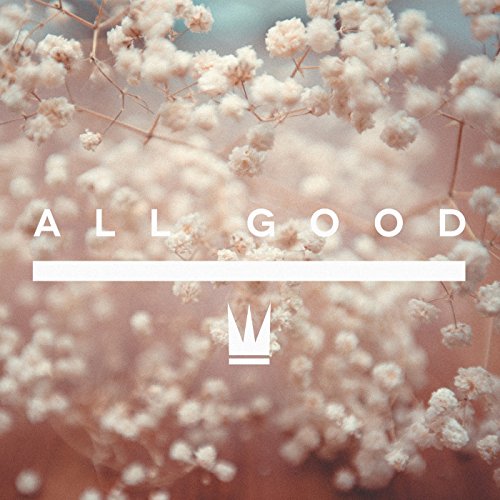 Band member come and ago, it’s a sad but true fact. That notion became all the more real for electronic remix/pop duo Capital Kings, when Jon White left the band to pursue a solo career at the beginning of 2016, leaving Cole Walowac as the only original founding member. With plenty of singles and 2 albums already recorded (Capital Kings in 2013 and II in 2015), it would have been easy for Cole to wrap the band up. But this isn’t the case, and Cole has pressed on, into what God is still calling him to do. Dylan Housewright officially stepped in to fill the void left by Jon later on in 2016, with the band new unveiling 3 new singles “I Can’t Quit”, “Love Is On Our Side” and “Don’t Wanna Wake Up”, to varying degrees of success. Just this week though, yet another single dropped. “All Good” features Hollyn on vocals (in fact, she sings all of the vocals on this song!). So what’s our verdict?

While you can read our review of the underwhelming “Love Is On Our Side” here, “All Good” is surprisingly very catchy, although maybe classifying it as a Capital Kings song is a bit misleading. Sure Capital Kings do the music and the remix effects, but this is a Hollyn song through and through. It’s my only nit-pick, in what otherwise is a lyrically simple yet inspiring and danceable melody about how our lives are good when Jesus is with us. Sure the lyrics are very repetitive, but not in a bad way, if you know what I mean. Hopefully there are some stronger tracks on the new Capital Kings album (dunno what that is releasing!) but for a single, “All Good” is pretty good. It also helps that Hollyn’s vocals are quite powerful and on point here. So check out the song! Let me know what you think!

The future is bright for Capital Kings. Cole and Dylan are a formidable force to be reckoned with in the CCM and EDM markets, as they continue making music to glorify our Lord and Saviour. There’s not much more I can say about the band and their music. Other than to check them out and you will be blessed and changed for the better. How can you not dance and move your feet to “All Good”? The joy of Jesus, permeating throughout this song, is infectious and contagious, and no doubt Capital Kings will be here for many more years to come. So sit back, and enjoy what Cole and Dylan have to offer. Seriously. Do it now. You’ll thank me later.