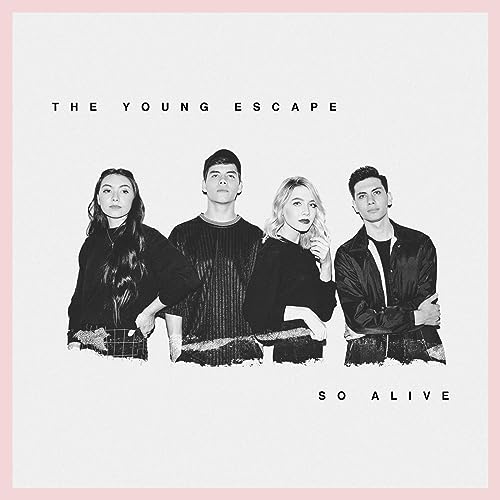 One of the bands that have probably faded from memory is the sibling pop quartet The Young Escape. Having signed to Capitol Christian Music Group in 2017, and releasing three stellar singles (“Good Life”, “neverfade” and “Love Me Like You”), these guys faded into oblivion for a bit without releasing anything else. But now Ryan, Luke, Kyrsten and McKenna are back with a brand new single called “So Alive”. And…did we really think that we’d get a near-flawless new single after the previous three from The Young Escape? I actually thought that these guys are in the midst of their ‘sophomore slump’ now, but from the calibre of “So Alive”, I can safely conclude that this so-called slump hasn’t arrived yet. Yep, The Young Escape is back again and doing what they do best by creating heartfelt and inspiring melodies for the soul. So…if you haven’t been exposed to the brilliance of The Young Escape, then, well you could read my reviews, but in essence, I have Jesus Freak Hideout to thank, for introducing me to this passionate band of young believers, striving to make God famous through their relevant and catchy pop tunes. Comprising of siblings Ryan, McKenna, Kyrsten and Luke Johns, The Young Escape is definitely a group destined for greater things, and an up and coming band that you would definitely want to check out and keep an eye on in the future, as we are wowed more and more, and blessed by these inspiring musicians. This time around, the band have recently released “So Alive”; with the pop number once again displaying the notion of us expecting the unexpected with this band, as they spread God’s love to the nation and beyond.

Similar in genre to the rest of their discography, “So Alive” on the surface sounds like your standard CCM song. I mean, clearly the music isn’t anything special and on face value I’d stay clear from songs like this. However there’s a sense of realness and truthfulness in these lyrics and the passion from lead singer McKenna, that I haven’t heard a lot of in recent memory; and with each growing listen I’m more captivated and enamoured by this track, particularly when it’s a testimony-like anthem declaring that Jesus makes us feel more alive than ever before. By all accounts this song should be detestable, particularly as musically it could fit right in with plenty of mainstream counterparts on the radio. But “So Alive” is God anointed- and that’s a fact. Nothing more needs to be said.

In my opinion, if you mesh together Hillsong Young And Free, Bonray, Cimorelli, Lauren Daigle, OBB and Dara Maclean, then you get this band, vocally, lyrically and musically. That’s pretty impressive alone, to be compared to each of these inspiring and world changing groups and artists, yet The Young Escape are their own band and have their own sound as well- and that’s about it. There’s nothing much more that I can say about “So Alive” or any of their other singles. Except you need to hear these songs now. The perfect tracks to get you dancing (with also a positive message!), and think about the deeper things in life, The Young Escape are a band that I expect to hear more from in the coming months and years. So, what are you waiting for? Check out the band and let me know what you think of this new bouncy and joyful single! Shall we say- debut full-length album in the future, or a debut EP…possibly in 2020?